§Mural from the streets of Victoria, BC, Coast Salish Territory
by Santa Cruz solidarity Thursday May 29th, 2008 1:37 PM 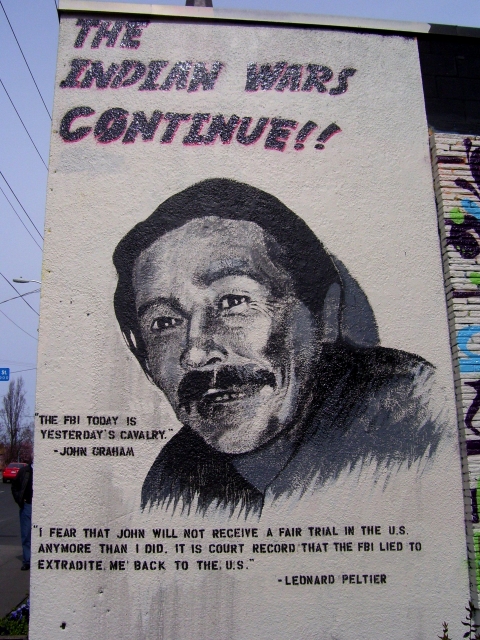 original image (1932x2576)
"I fear that John will not receive a fair trial in the U.S. anymore than I did. It is court record that the FBI lied to extradite me back to the U.S."
-Leonard Peltier
http://ourfreedom.wordpress.com/
§Honor the spirit of warrior Anna Mae Aquash
by Santa Cruz solidarity Thursday May 29th, 2008 1:37 PM 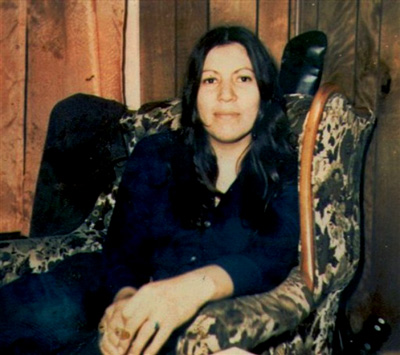 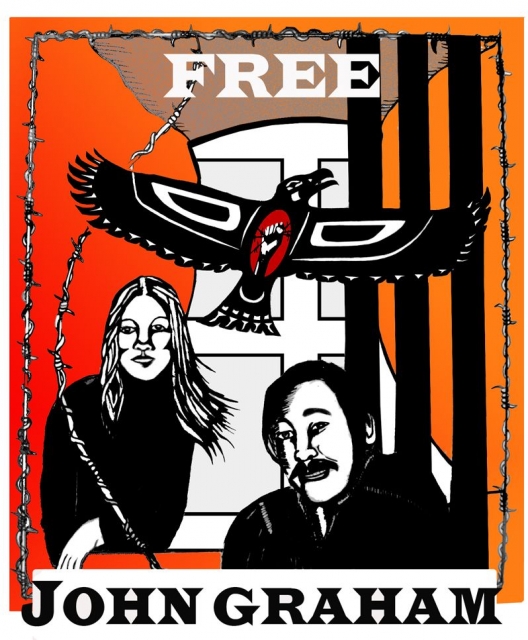 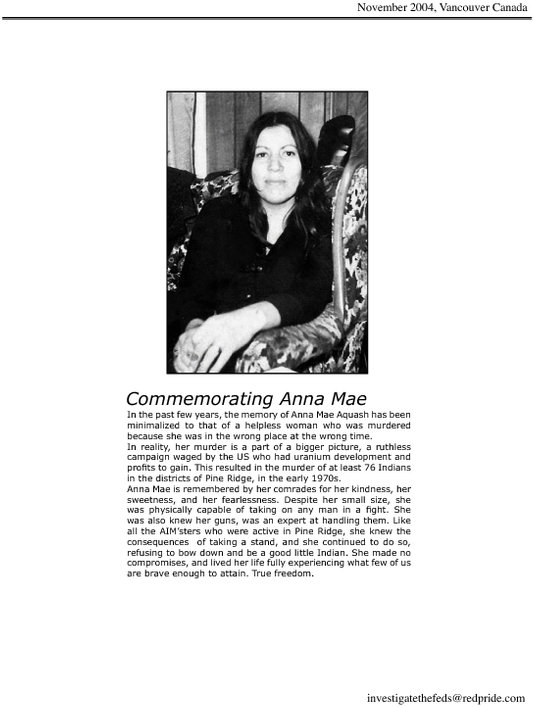 Download PDF (3.0MB)
In the past few years, the memory of Anna Mae Aquash has been minimalized to that of a helpless woman who was murdered because she was in the wrong place at the wrong time.

In reality, her murder is a part of a bigger picture, a ruthless campaign waged by the US who had uranium development and profits to gain. This resulted in the murder of at least 76 Indians in the districts of Pine Ridge, in the early 1970s.

Anna Mae is remembered by her comrades for her kindness, her sweetness, and her fearlessness. Despite her small size, she was physically capable of taking on any man in a fight. She was also knew her guns, was an expert at handling them. Like all the AIM’sters who were active in Pine Ridge, she knew the consequences of taking a stand, and she continued to do so, refusing to bow down and be a good little Indian. She made no compromises, and lived her life fully experiencing what few of us are brave enough to attain. True freedom.