Add an Event
Newswire
Calendar
Features
Home
Donate
From the Open-Publishing Calendar
From the Open-Publishing Newswire
Indybay Feature
Publish to Newswire
Add an Event
Related Categories: South Bay | Global Justice & Anti-Capitalism
David Wald, lifelong champion of peace and social justice, 1928-2008
by Joan Bazar, Arianne Aron, and Sharat G. Lin
Wednesday May 28th, 2008 11:23 AM
Whether opposing the Vietnam War, running for Congress, sending computers to Cuba and Bolivia, challenging the U.S. ban on travel to Cuba, or promoting single-payer healthcare in California, David Wald was always busy working for peace and social justice. David passed away on May 18, 2008 after a long struggle with pancreatic cancer at the age of 80. 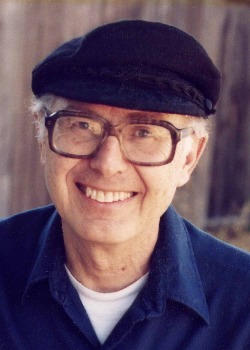 David Wald began his travels at the age of 17, as a mess hall worker in the merchant marine, after graduating from Brooklyn Technical High School in 1945. He sailed to ports in Europe, Africa and South America over the next several years, eventually becoming a second assistant engineer.

His studies in mechanical engineering (B.S.) took him to Brooklyn Polytechnic Institute, and aeronautical engineering (M.S.) to Rensselaer Polytechnic Institute and Stanford University. A reluctant draftee, he spent 22 months testing tanks for the U.S. Army, and later worked for United Aircraft's Pratt and Whitney Division in Connecticut, before moving to California in 1959 for a position at NASA-Ames Research Center in Mountain View. From 1963 until last year, when he sold the Delta-T Company, his one-person firm, David ran it out of his garage, manufacturing flow nozzles and differential temperature devices, and supplying them to universities and research laboratories around the world.

David's political awareness, starting in early childhood, was strongly influenced by the socialist views of his father, Philip Wald, an immigrant from Poland who died when David was only 9. Only after his death did Esther, David's mother, learn that her husband had trained as a rabbi. Like the neighbors who sought him out to settle disputes, she had known him as an atheist with a talent for conflict resolution.

As a union steward in the National Maritime Union (which was affiliated with the Congress of Industrial Organizations), David took part in labor struggles while in the merchant marine. Later, in Santa Clara County, he served on the California Democratic Council and became CDC
director in the old Ninth Congressional District, but switched to the Peace and Freedom Party in 1970. With his help, the signature drive for the 1972 San Jose Peace Initiative put the measure on the ballot and it passed overwhelmingly, making San Jose one of three U.S. cities to officially oppose the Vietnam War.

More than once, during his political campaigns, he was asked, “Are you a serious candidate or are you just running on the issues?” The only serious answer was “both” — the issues included, over the years, end U.S. intervention in other countries (El Salvador, Nicaragua, Grenada, Vietnam, to mention a few), transfer funds from the military to the creation of socially useful jobs at union wages, pass the Equal Rights Amendment (make 24-hour childcare available free), nationalize the energy industry (develop renewable energy sources), and defend people’s right of sexual identity.

For two years, David served in the Community Alert Patrol, a citizens’ group that monitored police activity in East San Jose. Most recently, through radiation and chemotherapy, he continued to work with South Bay peace and justice groups, especially Healthcare for All–California (promoting the bill for universal, single-payer health care to cover all residents of California).

In December 1982, David and his new wife, Joan Bazar (he had been married before, to Renee Krieger Wald, with whom he had two sons, Philip and Keith) went on a Caribbean honeymoon — to Nicaragua and Cuba. He returned to Nicaragua many times over the next few years, with generators to install in 14 hospitals, gifts of the Bay Area's Nicaragua Hospital Emergency Generator Project.

In 1994, on a Global Exchange trip challenging the U.S. ban on travel to Cuba, he met Contra Costa County epidemiologist Dr. Juan Reardon, and the two of them, returning to Cuba the following year, met with Dr. Oramas Ojito and Professor Pedro Urra González. They learned of a new project underway on the island, to give doctors Internet access to the latest scientific information. But there was a shortage of terminals for the hospitals and medical schools, the Cubans said.

With this news, Juan and David returned to California to start USA-Cuba InfoMed, which began gathering old computers, volunteers to repair them, and people who would donate workspaces. The project drew worldwide attention when an early shipment of refurbished old computers on a caravan organized by Pastors for Peace was intercepted. U.S. officials confiscated the computers in a standoff at the U.S.-Mexico border, finally releasing them after a 90-day hunger strike by five members of Pastors for Peace. The computers and activists boarded a Cubana plane in Tijuana, and received a warm welcome in Havana. By 2005, the Bay Area group had shipped several thousand computer systems to Infomed in Havana. Infomed is the Centro Nacional de Información de Ciencias Médicas (National Center for Medical Sciences Information) of Cuba's Ministry of Public Health.

A double-whammy, of USA-Cuba InfoMed losing its warehouse space at the Port of Oakland, and the U.S. imposing new obstacles in the group's way, meant that in 2006 a large number of refurbished computers were being evicted from Oakland, but could not travel to Cuba. This led to what David came to call “the best shipment ever” — a huge shipment of computers to La Paz for use in Bolivia's medical system. Cuban medical personnel were already in Bolivia assisting the newly-elected president, Evo Morales, in his efforts to give the poor access to education and healthcare.

With all of the USA-Cuba InfoMed volunteers, David felt grateful to have played some small part in the success of Cuba’s Infomed. Spreading information technology throughout the island and helping other countries to get started in similar projects, led to Cuba's Infomed being honored with the prestigious Stockholm Award in 2002.

In June 2006, while David was hospitalized for pancreatic cancer surgery, he was heartened to receive a photo showing Professor Pedro Urra, director of Infomed, and its Cuban staff sending him good wishes. He had been to Cuba more than two dozen times since his first visit in 1978. In December 2007 he and Joan made a farewell visit to Havana, where Infomed celebrated its 15th anniversary with a week of events during which David was presented with a plaque and medal from the Cuban Ministry of Public Health “for being an essential part of Infomed and for being an eternal friend and brother of the Cuban Revolution.”

David Wald frequently paid tribute to the other volunteers of the Bay Area support group and especially to the Cuban informatics project which gave him the opportunity to do something useful for others. Now it is Pedro Urra and the worldwide peace and justice community who pay tribute to David Wald who will always be with us.

[NOTE: USA/Cuba InfoMed is the Bay Area group; Infomed is the Cuban entity (no capital m).] 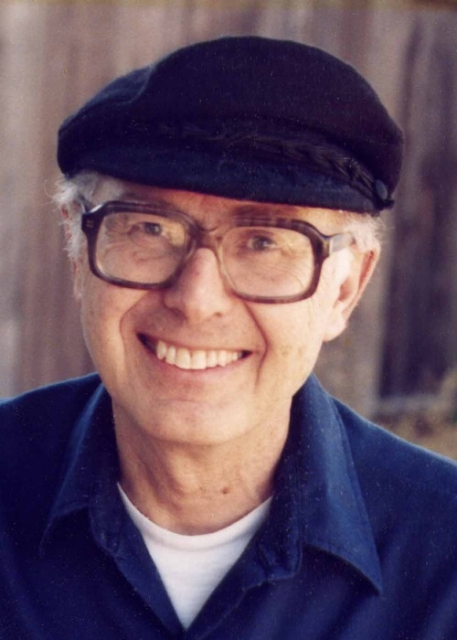 Resident of Santa Clara County since 1959

Celebration of life: July 13 in San Jose, location to be announced 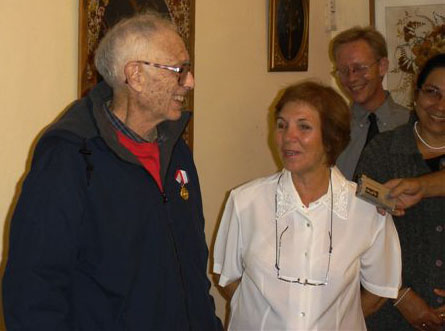 David Wald (left) with Edita Pamias, an editor at Infomed, and Peter Bell, another member of USA-Cuba InfoMed, shortly after David was awarded the Medal of Solidarity in Habana in December 2007.
http://www.sld.cu/temas.php?idv=20378
Add Your Comments
LATEST COMMENTS ABOUT THIS ARTICLE
Listed below are the latest comments about this post.
These comments are submitted anonymously by website visitors.