Add an Event
Newswire
Calendar
Features
Home
Donate
From the Open-Publishing Calendar
From the Open-Publishing Newswire
Indybay Feature
Publish to Newswire
Add an Event
Related Categories: Santa Cruz Indymedia | Education & Student Activism | Global Justice & Anti-Capitalism | Immigrant Rights | Police State & Prisons
six surveillance cameras destroyed at UC Santa Cruz
by anarchists
Tuesday May 27th, 2008 2:32 PM
Over the last week, we took out six surveillance cameras from the exteriors of four different buildings on the University of California in Santa Cruz campus. This was an act of rebellion to the social control in our daily lives. These cameras are the eyes of the police.

Over the last week, we took out six surveillance cameras from the exteriors of four different buildings on the University of California in Santa Cruz campus. This was an act of rebellion to the social control in our daily lives. These cameras are the eyes of the police.

This task was easy to accomplish, and would be easy for anyone to reproduce. We checked out the camera locations in advance, and came back at night for the attack. We found a few steel barbed-wire fence posts nearby and pulled them up. With just one strike, the cameras broke right off of the walls they were bolted to. We cut the cords (when they didn’t just break on their own), bagged them up and took them with us.

There has been a rapid expansion of surveillance technology that affects all of us. From the consolidation of international databases for tracking and monitoring individuals to the placement of cameras in every intersection. From the magnetic card readers at many of the dorms and buildings on the UCSC campus that track and log information on students entering and exiting (which has been used in students’ arrests in the past), to the militarization of the borders, preventing our ability to travel and migrate freely, contributing to the organizing of the global economy to the whims of the bosses. There are limitless examples of the pervasiveness of social control technology both locally and globally. There is also a growing resistance.

For the 2004 Summer Olympics in Athens, Greece, the entire city was completely covered with surveillance cameras. Locals there have been attacking them consistently since they were installed, vowing to continue until every last one was destroyed. Like the Athenians, we will not rest until we eliminate every single one we can find.

We live in a panopticon, where the society we live in is modeled after prison. Information is constantly being collected about us, and the threat of being monitored is ever-present. Those in more precarious positions experience this intensely. Undocumented people who were fortunate enough to make it into this country face a continuous threat of raids, indefinite detention and/or deportation by the US Immigration and Customs Enforcement (also sinisterly known as I.C.E.).

This action is dedicated to those affected by the recent immigration raids in Watsonville, a town just south of Santa Cruz. These raids were part of a nationally coordinated attack on immigrants, with a notable concentration around the Bay Area of California. We invite people everywhere to rise up against every form of social control that affects their lives. 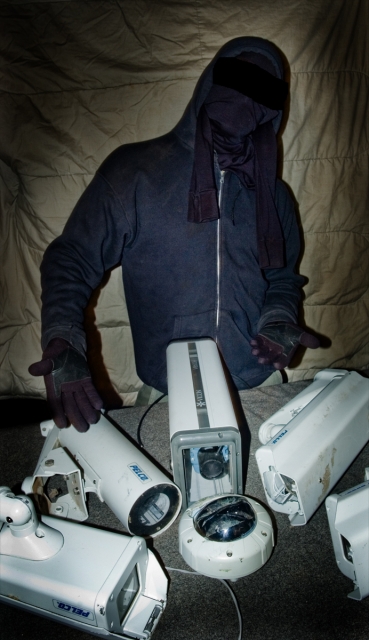 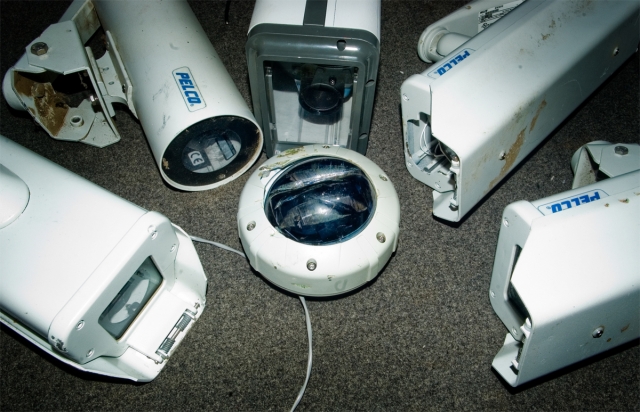 original image (1200x774)
photo 2
Add Your Comments
LATEST COMMENTS ABOUT THIS ARTICLE
Listed below are the latest comments about this post.
These comments are submitted anonymously by website visitors.