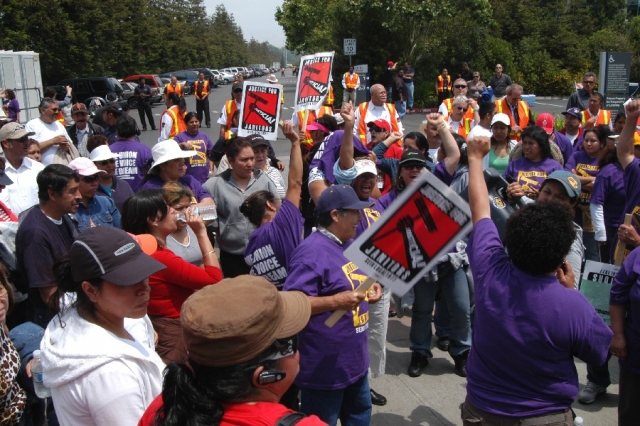 original image (900x600)
As hundreds of janitors continue to walk off their jobs throughout the San Francisco Bay Area, 400 janitors picketed in front of Cisco Systems in San José on Friday, May 23, 2008. On the fourth day of the strike, the janitors called on high-tech industry leaders to support good jobs with adequate healthcare for all workers and their families.

The striking workers formed a picket line spanning the intersection of Zanker Road and Tasman Drive in north San José. The action blocked traffic through the area for two hours, and limited access to the Cisco Systems corporate campus.

The strike in Silicon Valley is being led by the Service Employees International Union (SEIU) Local 1877. The local is part of SEIU United Service Workers West, which represents more than 40,000 property service workers across California. Members of other unions, such as Unite Here and Teamsters Joint Council 7, and community organizations, such as the San José Peace and Justice Center, supported the picket.

At issue is that, while Silicon Valley boasts the highest median income in the country, janitors working for high-tech companies like as Intel, Cisco, Oracle, Applied Materials, Apple, Hewlett Packard, Google, and Yahoo are paid less than $23,000 per year. This is less than a third of what the Public Policy Institute of California calculates that it takes to survive in Silicon Valley. In addition, some janitors must wait as long as 30 months before receiving health benefits for their families. As a result, half of the workers' families have no access to healthcare.

Maria López, who has worked as a janitor for Cisco Systems for 9 years, explained, "My husband and I work very hard, but we're paid so little we have to share a house with two other families. No one should have to live like this."

Mike Garcia, President of SEIU Local 1877, said, "Silicon Valley's corporate leaders have a moral responsibility to support much needed improvements in wages and health benefits for hard-working janitors and for all working people." 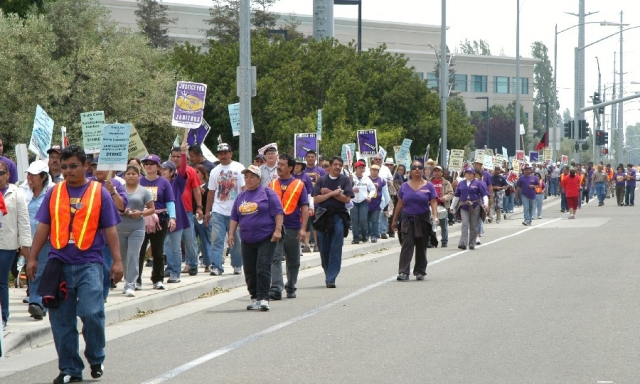 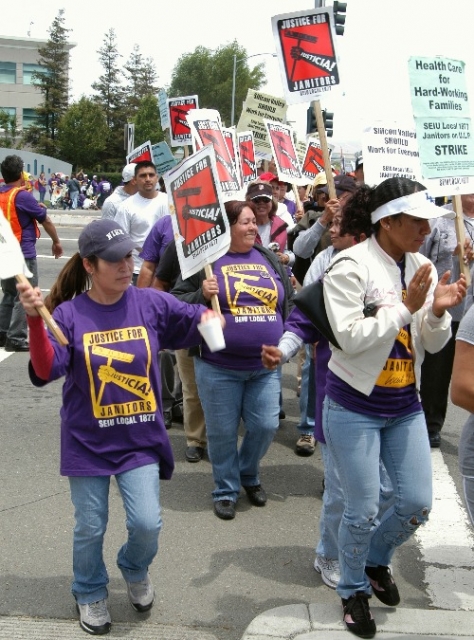 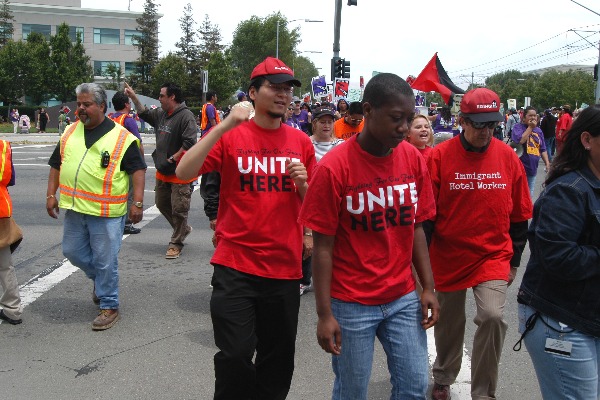 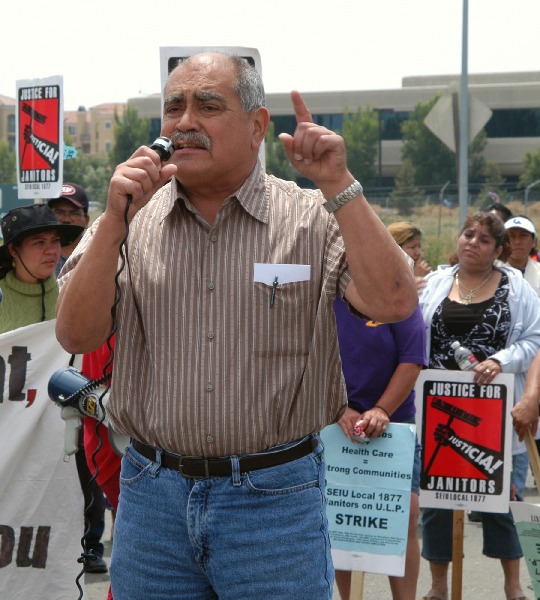 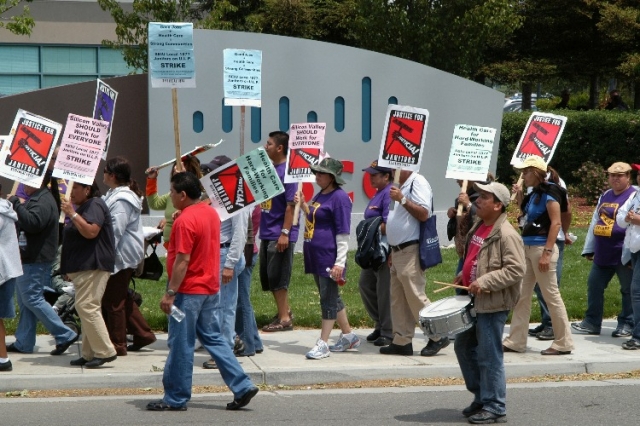 §Striking janitors win new contract with improved access to family healthcare
by Sharat G. Lin
Thursday May 29th, 2008 12:48 AM
With the growing strike by over 1,000 janitors impacting Silicon Valley's high-tech companies and spreading throughout the Bay Area, building maintenance contractors finally acceded to demands for higher wages and improved access to family health care. The four-year contract, covering some 6,000 janitors, was approved by janitors on Wednesday, May 28, 2008.

The agreement calls for boosting wages by up to $1,250 per year, and gradually reducing the waiting period to qualify for family healthcare coverage from 30 months to 18 months by the end of the contract in 2012.

The settlement, though falling far short of winning a living wage in the high-cost Silicon Valley, is a victory nevertheless for striking janitors.