Add an Event
Newswire
Calendar
Features
Home
Donate
From the Open-Publishing Calendar
From the Open-Publishing Newswire
Indybay Feature
Publish to Newswire
Add an Event
Related Categories: California | San Diego | Santa Cruz Indymedia | Education & Student Activism | Labor & Workers
20,000 University of California Workers Vote to STRIKE
by UC Workers (mediaucworkers [at] gmail.com)
Friday May 23rd, 2008 3:58 PM
Results were tabulated at midnight on May 22nd, and an overwhelming majority voted to authorize the strike. The workers gave UC Executives notice that a strike could begin as soon as June 4th for the 20,000 workers at the University's five hospital/ten campus system. 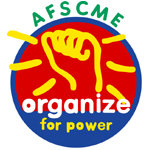 California – University of California patient care and service staff announced the results of a statewide strike vote that took place between May 17th and May 22nd. Results were tabulated at midnight on May 22nd, and an overwhelming majority of voters (96.9% of Patient Care staff and 97.5% of Service staff) voted to authorize the strike. The workers gave UC Executives notice that a strike could begin as soon as June 4th for the 20,000 workers at the University's five hospital/ten campus system. However, the workers, who have been negotiating in good faith since August, still hold hope that a strike can be averted.

"No one wants to strike, but UC Executives need to make a shift and prioritize providing enough to protect quality patient care and support our families, said Lakesha Harrison, Licensed Vocational Nurse & President of AFSCME 3299, "No one wants to get rich, we just want equal pay for equal work. UC is losing quality staff that we train to those other institutions that pay 25% higher, and many of us are living in poverty."

The central issue has been that wages have fallen dramatically behind other hospitals and California's community colleges where workers are paid an average of 25% higher for the same work. At UC, patient workers are concerned that lack of competitive pay is contributing to high-turnover, staffing shortages, and over-reliance on temps, compromising patient care as extra time is needed to train the constant flow of new staff. For service workers, wages are as low as $10 an hour, forcing many to work 2-3 jobs or rely on public assistance to meet their families basic needs.

State funds comprise only 8.6% of the funding for the 20,000 patient care and service workers. The majority of funding comes from the UC hospitals which posted profits of $371 million last year. According to CA State-appointed neutral Factfinder Carol Vendrillo, who independently evaluated the viability of a service workers' labor agreement, said, "U.C. has demonstrated the ability to increase compensation when it fits with certain priorities without any demonstrable link to a state funding source…It is time for UC to take a broader view of its priorities by honoring the important contribution that service workers make to the U.C. community and compensating them with wages that are in line with the competitive market rate."

The 20,000 patient care and service workers include a wide variety of jobs including, but not limited to, medical technologists who take x-rays, mri's, and mammograms; respiratory therapists who operate breathing machines; medical assistants who clean wounds, bathe and turn patients to prevent infections and bed sores; cleaners who disinfect medical instruments and patient areas; custodians who clean the hospitals and campus dorms; and food service workers who provide cafeteria service to patients and students.

Should workers be forced to strike, a Patient Protection Task Force has been formed. Certain workers will be authorized to cross the picket lines in an emergency to protect patient care. However, many UC students and other workers are expected to stay away from University property or join the picket lines.

"The 200,000 students part of the UCSA will stand with UC workers in their efforts to obtain equal pay for equal work. For years, students and workers have shouldered the burden of UC Executives misplaced priorities. We hope Executives shift course and do not force workers to strike for quality patient care and to support their families." – Louise Hendrickson, President of UC Student Association

###
Add Your Comments
LATEST COMMENTS ABOUT THIS ARTICLE
Listed below are the latest comments about this post.
These comments are submitted anonymously by website visitors.