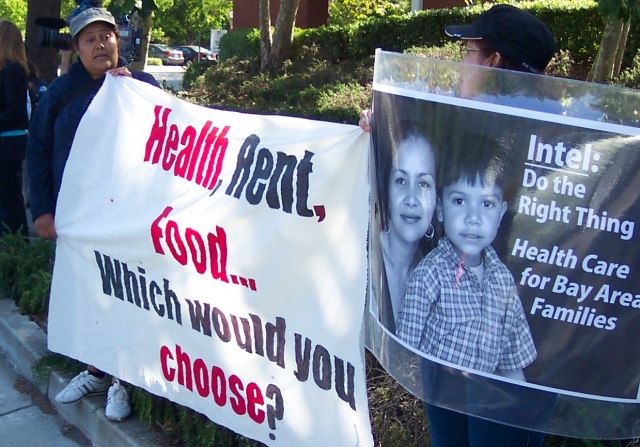 original image (1239x866)
Bay Area Janitors voted to reject the "last and final offer" from contractors that work with companies like HewlettPackard, Cisco Systems, Oracle, Yahoo, Applied Materials, and Intel, among others. Last Saturday they voted to strike: 400 janitors walked out of a dozen locations yesterday, mostly in the South Bay, with the strike expected to spread out of Silicon Valley and throught the bay. Tonight a union in Oakland will join, and tomorrow workers are expected to walk out of Stanford University. 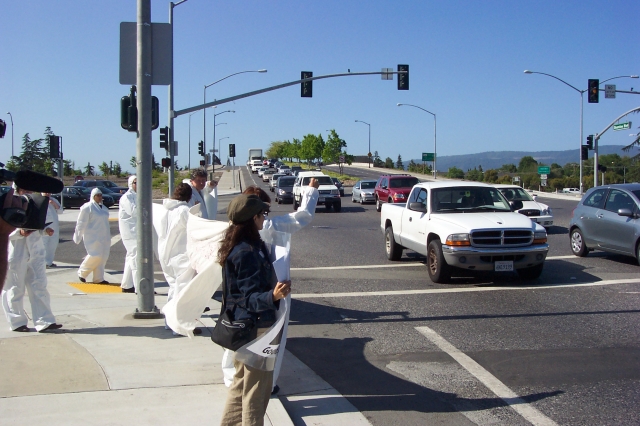 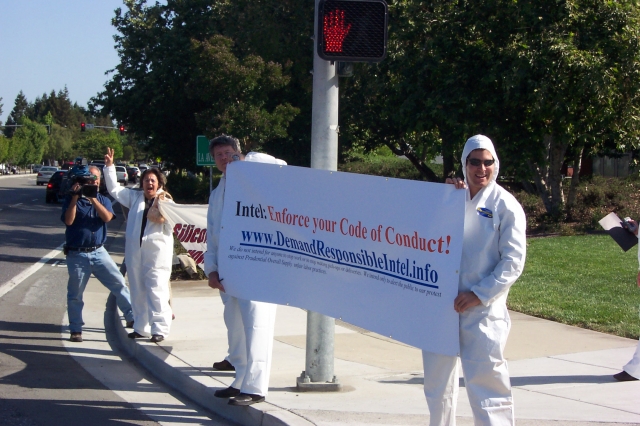 original image (2160x1440)
§Gina Bowers MP3
by danielsan Wednesday May 21st, 2008 1:29 PM
Listen now:
Copy the code below to embed this audio into a web page:
Download Audio (2.6MB) | Embed Audio
Gina Bowers is an organizer with SEIU Local 1877, which represents 6,000 Bay Area janitors. SEIU gave out leaflets to those who invest in Intel, and several janitors and their supporters made their way into the meetings, where they demanded better pay and benefits from one of the Bay Area's high tech giants. Gina explains that the rejected offer included a stipulation that a janitor work two and a half years before becoming eligible for benefits and compares the contracts offered to local janitors to the more favorable conditions in Los Angeles, San Francisco, or New York City. She also invited folks to attend and support Thursday's March to Bridge the (Economic) Gap, beginning in East Palo Alto and marching to Stanford University, where Janitors will walk out.
§maria
by danielsan Wednesday May 21st, 2008 1:29 PM 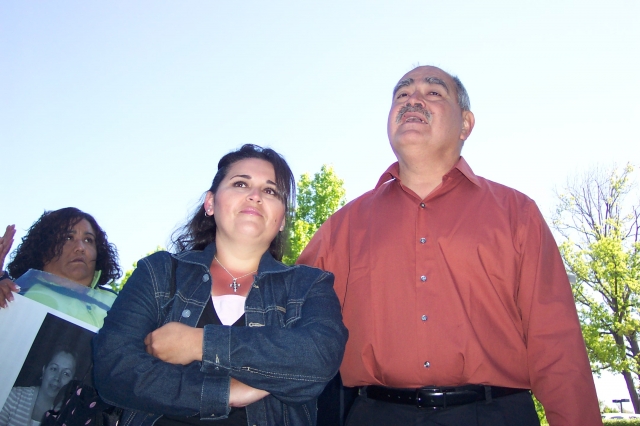 original image (2160x1440)
§maria MP3
by danielsan Wednesday May 21st, 2008 1:29 PM
Listen now:
Copy the code below to embed this audio into a web page:
Download Audio (958.9KB) | Embed Audio
After addressing Intel's shareholders meeting, Maria reacts to the contract offer: "It's very low, it's small. They refuse to pay for any benefits, to pay for our insurance, so I don’t know how we’re expected to do it, and with the price of gas, rent… "
She's been with the same cleaning contractor for twelve years. Inside the meeting, she told the executives "a little bit about me and about my situation, and how we earn too little, and how the offer didn’t match increases in costs. They have to give us a little more. We’re not asking for a huge salary, but at least enough to make it, to maintain ourselves and have a better future for our kids." 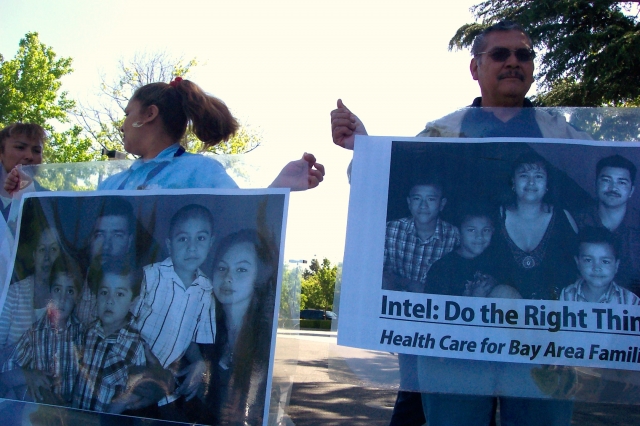 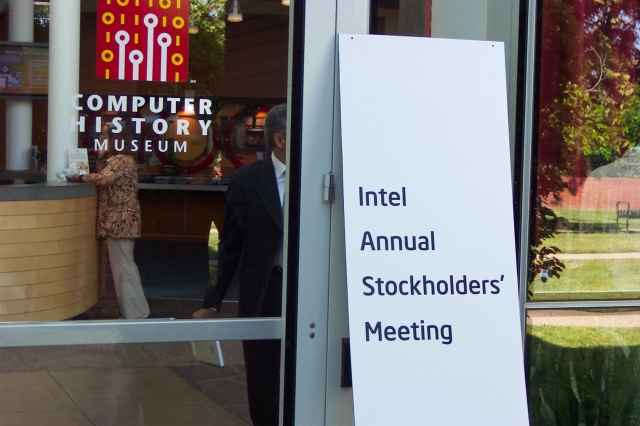 original image (2160x1440)
§Shareholder
by danielsan Wednesday May 21st, 2008 1:29 PM
Listen now:
Copy the code below to embed this audio into a web page:
Download Audio (1.3MB) | Embed Audio
As shareholders left, most were unwilling to comment on the Janitorial dispute, but this man listened to their demands with an ear for labor and environmental concerns. He explains that Intel tried "to deflect pressure," saying it’s not their responsibility and to deal with the contractor, “...essentially trying to wash their hands of the issue.” This Intel investor believes labor and environmental concerns “have a major material impact on the marketplace” and are relevant, saying “It wasn’t on the agenda but it was I would say the primary point of conversation in the [shareholders] meeting.”
Disclaimer:
In every corporate media story I've heard or read about the Janitors Strike, industry officials have been unwilling to comment. No one from Intel offered a statement, and I didn't hunt anyone down. At this point, the targeted corporations seem to be silent on the issues. SEIU published this list:

Both SEIU and UNITE HERE! have websites with loads of information about the campaign and the strike, and UNITE HERE! passed out a booklet detailing widespread corporate irresponsibility on the part of Intel with chapter titles "High Road or Rough Road?" "Low taxes or else" "Generosity on the Public's Dime" "Trickle Down Violations" and "Responsibility in the Balance."