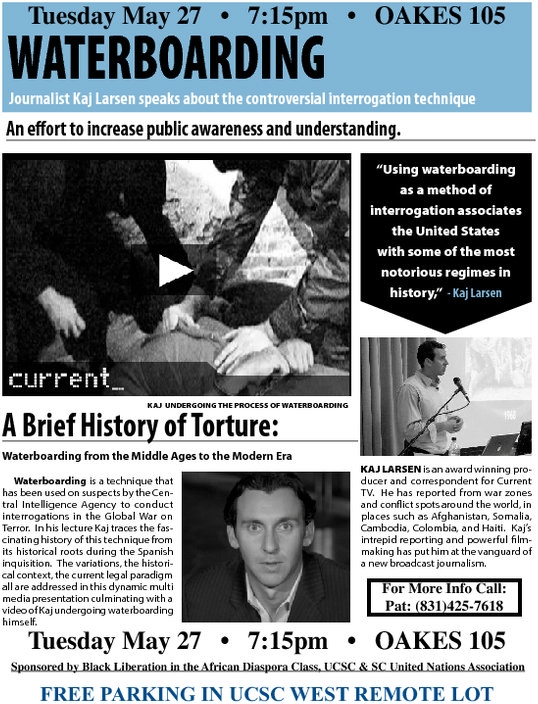 “Using waterboarding as a method of interrogation associates the United States with some of the most notorious regimes in history,” - Kaj Larsen

A Brief History of Torture:
Waterboarding from the Middle Ages to the Modern Era

Waterboarding is a technique that has been used on suspects by the Central Intelligence Agency to conduct interrogations in the Global War on Terror. In his lecture Kaj traces the fascinating history of this technique from its historical roots during the Spanish
inquisition. The variations, the historical context, the current legal paradigm all are addressed in this dynamic multimedia presentation culminating with a video of Kahimself.

Kaj Larsen is an award winning producer and correspondent for Current TV. He has reported from war zones and conflict spots around the world, in places such as Afghanistan, Somalia, Cambodia, Colombia, and Haiti. Kaj’s intrepid reporting and powerful filmmaking has put him at the vanguard of a new broadcast journalism.