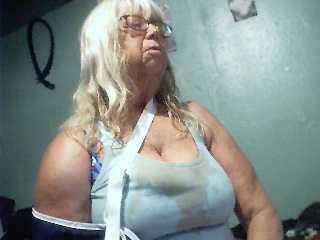 Sgt. LeMoss badge # 114 of the Santa Cruz PD appeared suddenly at Lot A on West Cliff Drive wearing all black in an unmarked car ~5:30 PM on Friday May 9 in front of a random group of homeless and others. He said he wanted to talk to everyhone and his attitude was extremely repugnant and mean. I am a friend to the the kids that hang out here and try to be a good frined and role model as this lot has been the last place of refuge for many youth who have been routinely detained and harrassed downtown Santa Cruz. I am 60m years old and a permanently disabled marine pipefitter, 5'2", erst yhivk hlsddrd snf need a hearing aid but cannot afford one. My disabilities include lower back, hip surgery 1 and a half years ago, chronic depression, arthritis and bone spurs in my neck and left knee, as well as a broken left femur. I am known as an activist in the Santa cruz community regarding tenants rights and homelessness.

Two SCPD had showed up the morning before with complaints about dogs off leach etc. none of which have anything to do with me. I went to my RV to put sugar in a half paper cup of lukewarm coffee. I grabbed the slanted handicap grabbar on the right side of my doorwary as the step is missing and it takes strenth to step inside as it is about three feet up. As I reached behind me to close the door, Sgt LeMoss pinched and deliberately broke my upper right arm twisting my arm behind my back and throwing me out of the RV against the car parked next to me, spilling coffee on my skin, tank top, the yellow 280 Z parked next to me and on my white Sunrader RV. He put me in handcuffs althogh I screamed my arm was brohen, but he threw me onto the blacktop and put his boot on my chest swinging his billy club and hitting me while threatening all others from helping me with his billy club. I screamed for 20 or 30 minutes before anyone would call 911 and was taken to Watsonville Hospital wher xrays claearly show a fracture of the top of the right humurus bone. After 5 days the bruises are still dark purple and I am scheduled to see an orthorpedic surgeon for surgury tommorrow.

First the other 6 cops who arrived after I was already in handcuffs siad there was an anonyumous tip that people wer smoking pot outside in the lot. Secondly SCPD said it was a drug sting. NO mariijuana or other drugs were found. Many showed their medical marijuana carrds and IDs as is routinely done by officers downtown.Never has an entire group of people who happen to be in a particular lot at the beach. I am charged with resistting arrest, battery on a police officer and mrijuana although nothihg was found. After I was taken away, White Dove, also 60 was arrested for throwing her paper coffee cup as 2 pot pipes were found in the trash.

Sgt. LeMoss insisted on my being put in jail but the admiitting sheriff refused as x-rays showed my srm was broken and no paperwork was sent from Watsonville Hospital.

Santa Cruz citizens voted that marijana be lowest on the list of priorites adn 75% voted for Prop 215. There are gangbangers, meth labs, drunks and heroin addicts in Sant Cruz. Shouldn't they be considered more serious crimes? Why would a SCPD sergeant deliberately break my arm robbing me of any future. I am a writer, swimmer, drummer, pianist and cannot drive and am alone.
Please write and call and bring down the lethal activities of the SCPD.
§closeup of her arm
by Donna Deiss Yovino Wednesday May 14th, 2008 11:19 AM 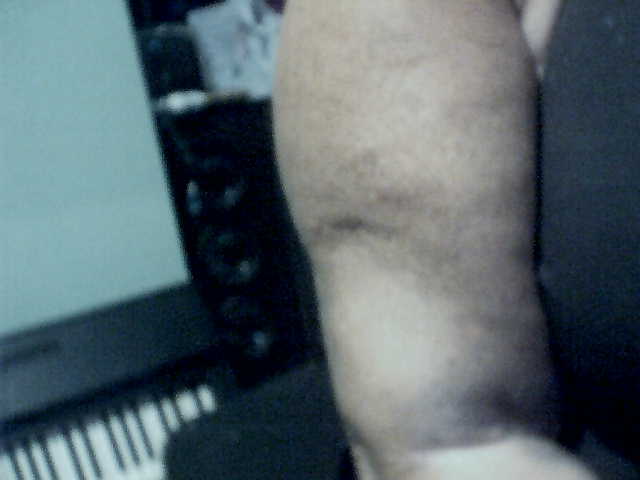