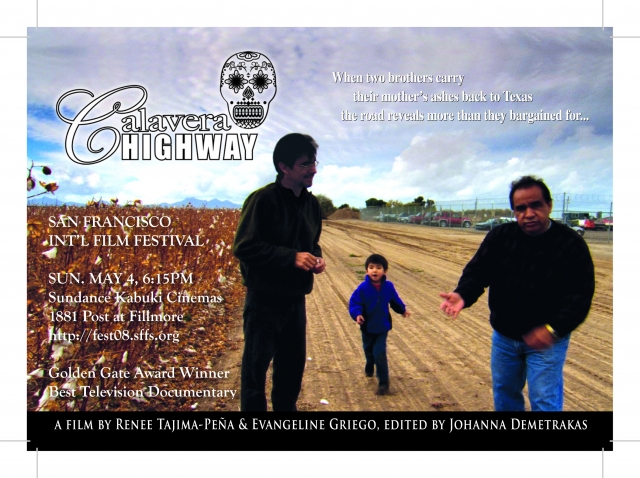 THE STORY
CALAVERA HIGHWAY traces the odyssey of two brothers as they uncover a complex story. Why their mother was an outcast, and what happened to their father who disappeared during "Operation Wetback," the 1954 U.S. government program that deported over a million Mexican and Mexican Americans.
END_OF_DOCUMENT_TOKEN_TO_BE_REPLACED
Added to the calendar on Sun, Apr 27, 2008 2:31PM
Add Your Comments
Support Independent Media
We are 100% volunteer and depend on your participation to sustain our efforts!