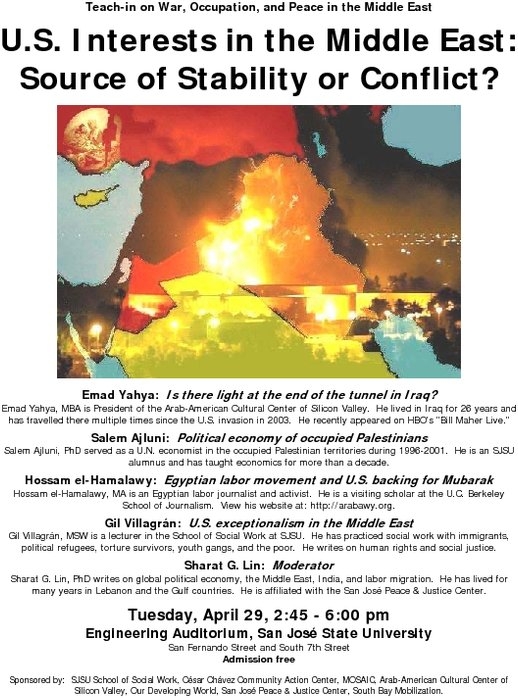 Download PDF (40.2KB)
Flyer for the Teach-in on War, Occupation, and Peace in the Middle East "U.S. Interests in the Middle East: Source of Stability or Conflict?" at San José State University on Tuesday, April 29, 2:45 PM. Download flyer here.
http://southbaymobilization.org
Add Your Comments
Support Independent Media
We are 100% volunteer and depend on your participation to sustain our efforts!