Shouted out Loud and Painted on the Ground 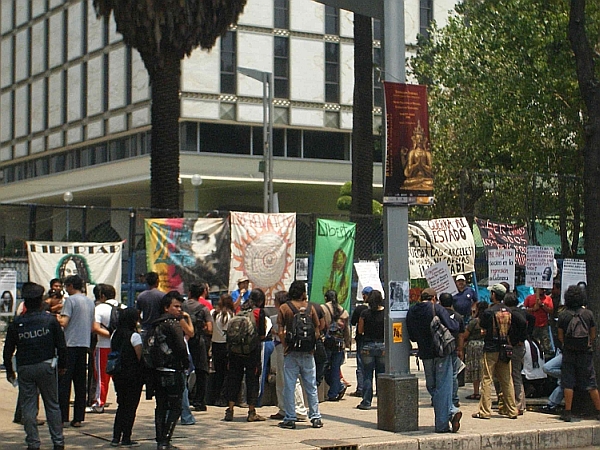 “Today Saturday April 19, we’re here at the United States Embassy to demand the freedom of Mumia Abu-Jamal, held political prisoner for 26 years! We’re here to block the state’s efforts to kill him! There’s no way we’ll accept the recent court decision that imposes the “Mumia rule” once again”. The racist United States courts only give him two options: slow death or quick death. We say NO!...We won’t allow them to bury Mumia Abu-Jamal alive! And we won’t allow them to kill him by lethal injection either! We want him free! NOW!”

“This embassy is the most hated one of all!” shouted doña Fili from the Santo Domingo neighborhood. “We’re here to take a stand against the criminals who are killing our sons and daughters. Mumia is our son, just like all the others who are condemned to death!”

There were many simple statements, poems and songs of support, respect and love for Mumia Abu-Jamal ––friend, brother, father, son, teacher, example, and compañero––, who has helped us understand the struggle of the African-American people, the desperate situation in the dungeons of the United States, and the imperial maneuvers of that government. As compañera Bisharu said: “It’s incredible that he does all he does in the most dangerous conditions and with so few resources. Sometimes it seems like he understands what’s happened in Acteal, Atenco, and Oaxaca better than some people in our own country.” Compañeros Valentín and Santiago also spoke of the appreciation for Mumia’s clear words of solidarity.

We sent a message of support to the international march in Philadelphia called by the International Concerned Friends of Mumia Abu-Jamal, ICFFMAJ. Despite neo-nazi and police threats, almost an everyday occurrence for these compañeros, the march went on in high spirits.

“As we can plainly see, repression has no limits, no borders,” said Edith Rosales, former political prisoner arrested in San Salvador Atenco on May 4, 2006, and only recently released. “We see it with our compañero Mumia...from the South to the North there are political prisoners...because neoliberalism only serves the powerful, the ones who have money. And this is what happened in Atenco, too.” The compañera talked about the militarized police assault that left two young boys dead and 217 political prisoners just because people had defended their land and their dignity, and she stressed the fact that we still have to free 16 Atenco prisoners: Ignacio del Valle, Felipe Álvarez and Héctor Galindo, all three sentenced to 67 years, and the 13 prisoners that are still in Molino de Flores.

Several people present had also taken part in the big demonstration in support of Mumia in ’99 during the student strike. Compañero Matías emphasized the repression that extends from Washington D.C. to Oaxaca: “For us, Mumia is an example of resistance and we have to get him out just like we do our prisoners in Oaxaca and the rest of Mexico.”

We expressed our support for international political prisoners, including 11,700 Palestinians, Leonard Peltier, the MOVE 9 and the San Francisco 8. El compañero Israel of the Mexican Movement in Solidarity with Cuba spoke about the case of “los Cinco”—the Cuban heroes unjustly imprisoned in the United States for their anti-terrorist work in Miami.

Compañero Victor analyzed the role of prisons under capitalism, underscoring the abolitionist sentiment expressed in our chants and spray painted slogans left on the sidewalk: ¡Libertad. Libertad for Mumia Abu-Jamal! Prisoners to the streets! Down with prison walls!

Both the Internationalist Trotskyist Group and the Spartacist Group of Mexico participated in the rally with placards and speeches. There was also a declaration of support from the Revolutionary Action Group. The Spartacists announced a rally to be held on April 24 on the National University campus; featured speakers are Rosario Ibarra de Piedra and former Mumia lawyer, Rachel Wolkenstein.

A central theme of Saturday’s rally was the need to build strong movements to force the State to let Mumia and the other political prisoners go. Our compañera Yazmín read from one of Mumia’s recent essays, “When Courts Go Wrong”:

“We're often surprised when courts get it wrong, but why? It's because we expect them to get it right -- and therein lies the surprise. For, if history is any judge, we should all be surprised when they get it right. For courts are political institutions, and politics is rarely about right or wrong: it's about power. As in who has it; and who doesn't. Courts were set up to protect the wealth and property of the powerful, not the powerless; and any honest reading of legal history leads one back to that conclusion. Here in this country courts were places for slavemasters, not slaves.... The law has only moved when people organized to make it so. As that great abolitionist, freedom-fighter, and rabble-rouser, Frederick Douglass has taught, "Power concedes nothing without demand...It never has--and never will....." Social movements in the streets brought an end to Plessy, not lawsuits. People, organized, shook the status quo, not neat words typed on crisp white paper. When people organize, they make change---MAJ 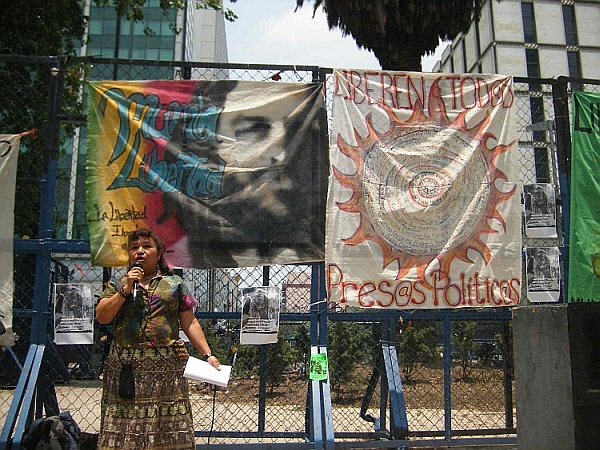 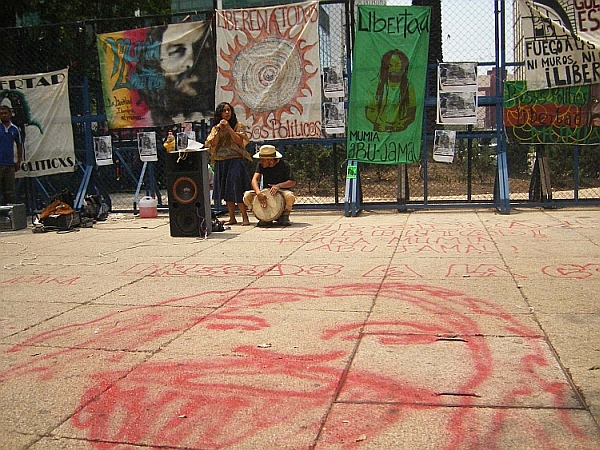 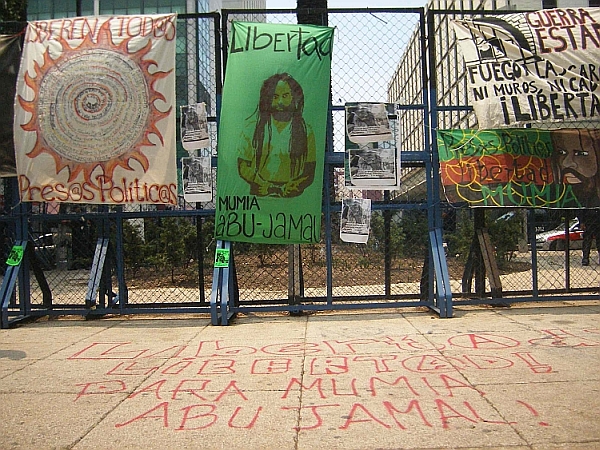 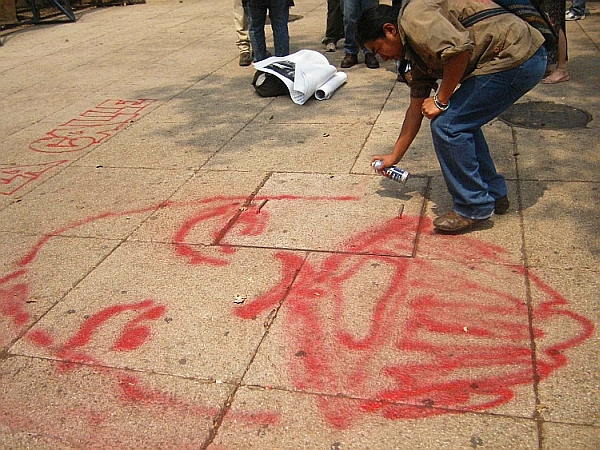 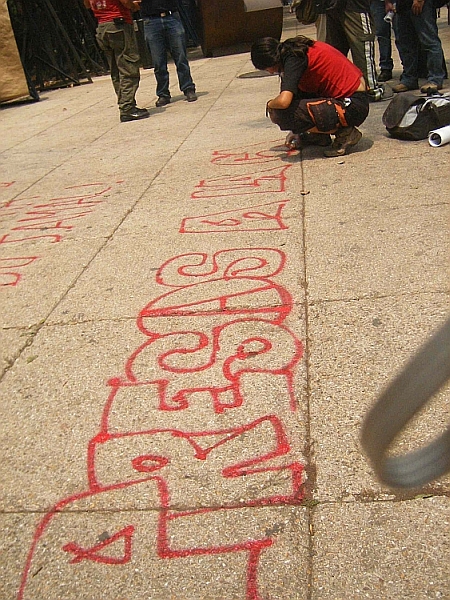 Add Your Comments
Latest Comments
Listed below are the latest comments about this post.
These comments are submitted anonymously by website visitors.
TITLE
AUTHOR
DATE
Solidarity
Rusty
Solidarity
Steve
Support Independent Media
We are 100% volunteer and depend on your participation to sustain our efforts!