Add an Event
Newswire
Calendar
Features
Home
Donate
From the Open-Publishing Calendar
From the Open-Publishing Newswire
Indybay Feature
Publish to Newswire
Add an Event
Related Categories: Santa Cruz Indymedia | Animal Liberation
Mayor Villaraigosa admits he failed Los Angeles' animals
by Not An Animal Activist
Monday Apr 21st, 2008 5:25 PM
The first quarter 2008 numbers are out. Sadly there was a huge increase in cat and dog intake and euthanasia in Los Angeles City animal shelters. Things are now worse than before Antonio Villaraigosa became Mayor, before he hired his friend so called "nokill" guru Ed Boks to head the Department. Today his Director released a statement confirming his dismal performance while blaming others for his failure. 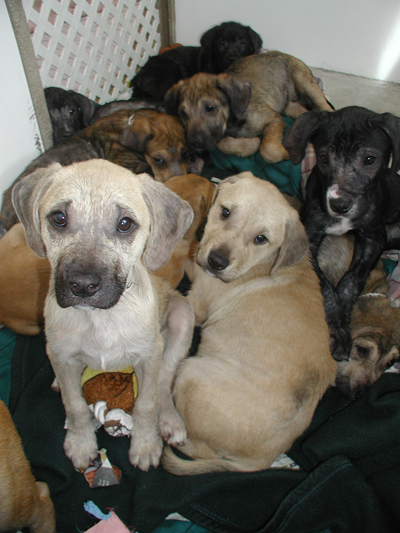 The number of cats and dogs dying of illness and injury has increased almost two fold in the last year from 748 to 1,242. Even more alarming first quarter 2008 cat and dog intake was 9,820. It was 8,129 in 2006. It's up 20%. The last time it was this high was 2003. We've gone five years backwards even though Boks promised City Council in 2006 that we'd be "nokill" by 2008. We're now worse off than before Villaraigosa was elected even though the Department's budget is higher, there are more employees and they opened the long awaited $150,000,000 larger shelters.

In Ed Boks' blog post today he admits to the huge increase in intake and euthanasia. He states that he is "disappointed" with this "anomaly." He wrote that "finger pointing does not save lives" then he goes on to finger point at his employees and the public.

Boks states that most of the failure happened in four of the six shelters. He finger points to those shelter managers saying that they are the ones making the euthanasia decisions, not him. Oddly enough when euthanasia seemed to go down when he first arrived he took all of the credit personally. At that time he merely instructed all shelter managers to just hold on to all animals, even if they are dying from illness or injury in overcrowded cages. He was able to show short term progress with his warehousing trick. Warehousing has finally caught up to him and some managers are rebelling against this cruel practice.

Boks states that he has no idea why more animals are entering the shelter system. He proffers up the possibility that it's all due to an increase in foreclosures. While foreclosures do indeed play a part in the increase the main reason is probably because he refused to take in unsterilized cats and other animals last year to artificially keep his intake and euth numbers down. These animals had babies which are now arriving at the shelters by the hundreds. The intake of kittens and puppies is up. It's not just adult pets who lost their home to foreclosure.

While talking about the effect of foreclosures on pets he states that various rescue groups are trying to figure out a solution. He is the Director. It's his job to find the solution. He is a personal friend of the Mayor. The City has the power to find the solution be it through an ordinance to make it illegal for landlords to discriminate against responsible pet owners or for some incentive for landlords who rent to responsible people with pets. Every City director must be able to sail their ship in calm and stormy seas. You can't just blame the weather, do nothing and let the Department sink.

Besides refusing animals last year he also failed to increase free or low cost spay and neuter surgeries in the City. Today he states they have funded upwards of 40,000 surgeries a year when he'd previously said he'd be doing 56,000 if not 120,000 per year. Spay and neuter surgeries should have gone up, not down. Had they gone up there would be fewer animals today.

He mentions his many surgery coupons in his blog but forgets to mention that these coupons are only for $30 or $60 when the surgeries today cost $100 to $600. The cost of surgeries has gone up while the coupon prices have stayed the same for years. Of course the number of surgeries will go down.

He recently admitted that transportation to the clinics is important. Then he admits that he did not provide transportation to the clinics. If someone can't afford a $200 surgery, they probably don't have a car. You cannot take a pet on the bus or metro in LA. It's the director's job to overcome these problems, not just blog about them and expect others to find the solutions. How about making it legal for people to take non-aggressive pets on the bus or metro in a carrier or on a leash if they are going to a veterinarian. How about free shuttle or taxi vouchers.

Lastly Boks states "I don't offer these explanations as excuses for what we have experienced in our shelters so far in 2008." His blog reads like a top 14 excuses list. He states he will have a community meeting to discuss ideas. Every time there is a problem in the City they "bring the community together to discuss ideas." Having been a part of some of these groups, I can tell you first hand that they don't work. The people are happy to be involved thinking that they will improve things. Over time members get busy and drop out. In the end the few remaining members just write a list of ideas that gets filed away somewhere. By then people have just forgotten about the problem and the City can always say "We formed a community group. Blame them if the problem isn't solved."

There are a few reasons for the increase in intake and euthanasia. First and foremost is that a few of Boks' number tricks from the last two years finally caught up to him. Numbers games are not sustainable.

Last year he was refusing the animals most likely to be euthanized, i.e. unsterilized feral cats and kittens. These animals are also the ones most likely to reproduce in large numbers. The animals refused last season had many babies which ended up in the shelter this season.

Boks had a warehousing program. They would keep animals in the shelters as long as possible. Instead of humanely euthanizing a dying animal they would allow it to die on its own so it wouldn't have to be counted as euthanasia. He'd put three aggressive pitbulls in a cage and an hour later there'd only be one alive. He'd put one sick puppy in a cage with others and soon they'd all be dead of Parvo or pneumonia.

Quite a few articles have been written about Mayor Villaraigosa and Ed Boks' dismal failure with LA's animals over the last year. Just about every weekend local animal activists protest at the Mayor, Deputy Mayor Jimmy Blackman, Chief of Staff Robin Kramer and Director Ed Boks' houses. They demand that Ed Boks be fired. They point to his failures in New York, Arizona and now here. Why isn't the Mayor doing something?

The Mayor said he doesn't want to "cave to terrorists." What terrorists? People calling Ed Boks a "puppy killer" are "terrorists?" He's told people he doesn't want to appear "weak" by "giving in to the activists demands" and firing Boks. If an animal activist came to my house and told me my house was burning down, I would look to see if my house was indeed burning down. If it was, I'd get my dogs out then try to put the fire out. I wouldn't sit there and deny the fact that my house was burning down just because the person was an "activist." Look at the message, not the messenger.

The activists are no longer the only people yelling about the problems. What about the employees and members of the public that are now yelling "fire!" Isn't it the Mayor's job to listen to the needs of the public, investigate and react? The Mayor is actually looking weak and uncaring by not taking any action to improve things. He needs to wake up and smell the smoke before more animals die needlessly in our dear City.
Add Your Comments

This is one alternative media campaign that was indeed a success.

Ed Boks decided to substitute PR for rational leadership, and the people would not tolerate it.

It is like the old days - when we believed we could change the world.

This time, we did.

http://electromagnet.us/dogspot/modules.ph...
Add a Comment
Support Independent Media
We are 100% volunteer and depend on your participation to sustain our efforts!