by menchu
thousands of people got stoned on Four Twenty, 2008, despite university attempts to harsh their mellow. crowd participants noted the numbers appeared to be the biggest crowd ever for 420. diversity was awesome. "nadie es ilegal" and "disarm ucsc no war" appeared on large banners. there were kites, drum circles, face painting, all kinds of joints, bongs, pipes and ounces rolled into blunts.
an electric road construction sign greeted people advancing on bay street toward the main entrance reading, "restricted access today 4-20." this didn't seem to deter people from walking up empire grade, taking the path from the arboretum up through oakes college, and making their way to porter meadow.
§porter meadow images and video
by menchu 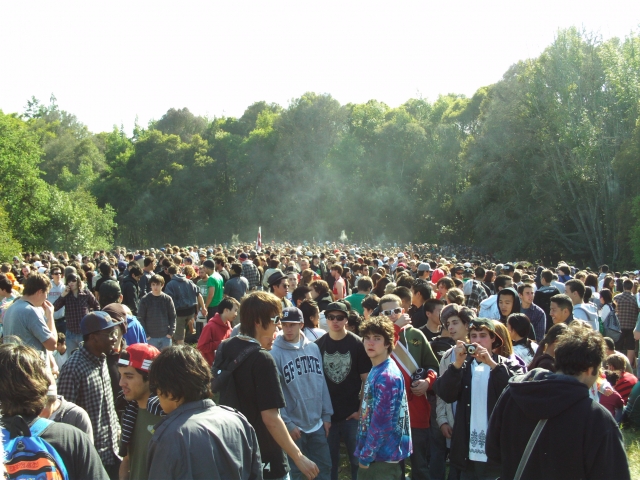