Add an Event
Newswire
Calendar
Features
Home
Donate
From the Open-Publishing Calendar
From the Open-Publishing Newswire
Indybay Feature
Related Categories: U.S. | Global Justice & Anti-Capitalism
How Far is the US From Food Shortages and Food Riots?
by Monica Davis (davis4000_2000 [at] yahoo.com)
Saturday Apr 12th, 2008 2:37 PM
Even the United States is not immune from the potential for food shortages, food riots and food insecurity. We’re just blind to the possibility. 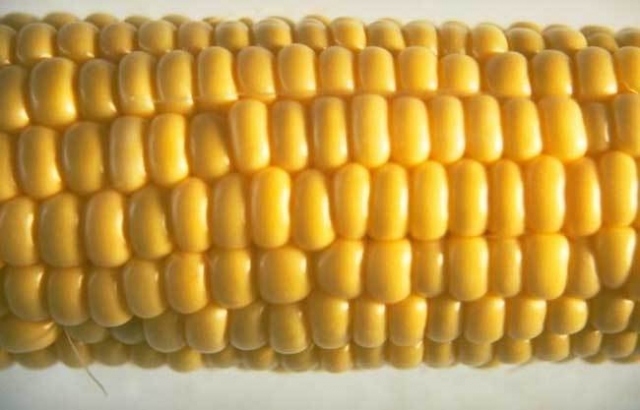 original image (650x417)
As Americans complain over high gasoline and food prices, many third world countries are experiencing food riots over price and scarcity of food. In some parts of the word rice is so expensive that it is transported in heavily guarded convoys and farmers guard their fields from thieves.

Food riots are becoming more common, as more land and crops are being diverted from the food chain by the world biofuels industry. According to an investment magazine, the crisis shows no signs of weakening. Food, the bread of life, is fast becoming the “gold” of the Twenty-first century.

The face of food security is rapidly changing around the world and there are no quick fixes experts say. What worries many is that food stockpiles are at historic lows. In the United States alone,
stockpiles of wheat hit a 60-year low in the United States as prices soared. Almost all other commodities, from rice and soybeans to sugar and corn, have posted triple-digit price increases in the past year or two. (Ibid)

Experts say the high prices will continue for years, putting billions of people at risk for malnutrition or starvation. World leaders continue to cast fearful eyes at the burgeoning bio-fuels industry, noting that the competition generated by the industrial biofuels industry and food agriculture is pushing up food prices and making it more profitable to grow fuel crops for industrialized countries than it is for big farmers in Third World countries to grow food for their own citizens.

What has put many world leaders on notice is the fact that this artificially generated food crisis has not yet peaked. As of this writing, no one knows when the situation will reach a crescendo, or to what extent this demand will affect food security and political stability in the world.
Many believe that the food crisis is in its infancy and they worry about increasing food-based political instability worldwide.

British Prime Minister Gordon Brown said this week he's worried that ethanol production is pushing up food prices everywhere, and he called for an urgent review of the issue. Economist Dr. Hazell has said that filling an SUV tank once with ethanol consumes more maize than the typical African eats in a year. (Ibid)


A few analysts believe that the United States is on the verge of a major economic revolution, a process, which will change where we live, what we eat, and how we view agriculture. Looking at the rumbles from around the world we are already seeing wars over oil and energy resources, not to mention the violent eviction of traditional farmers in South America and other parts of the world by the industrialized bio-fuels industry.

The fight over finite land resources is slowly taking shape out of sight of most of the United States as agribusinesses lay claim to land around the world. Agro-conglomerates chase natives off tribal lands in South America, Indonesia and parts of the Far East at gunpoint. Murder over land continues in the Third World, as conglomerates move onto jungle and rain forest land, clearing acreage with slash and burn campaigns.

What was once climate producing tropical rain forest has become fields for sugar cane, corn and other biofuels. More profitable biofuel crops have now deprived the food chain of a large supply of corn and other crops, driving up the cost of corn-based food such as corn meal, tortillas, corn syrup and a hundred other crops and products which grace our tables at ever greater cost.

The food riots in Haiti are mirrored by riots in parts of Africa and Asia, sending shock waves throughout the Third World. According to a report from the United Nations, the 60 per cent price increase in the price of corn and feedstock over the past two years can be directly traced to the increased demand on corn and soybeans made by the biofuels industry. The United States, as the world’s largest exporter of corn, has diverted millions of pounds of corn and soybean crops to the growing biofuels industry, creating a market that makes fuel crops more profitable than food crops. National surpluses of grains have give way to increased demand for biofuels, driving up the price of corn and grains around the world. (World Bank)

Traditional food crops—rapeseed, maize (corn), palm and soybean are in demand by both food agriculture and the growing biofuels industry, creating an increased competition, which is driving up food costs by double digits, generating food riots around the world. Thai farmers and other farmers are now guarding rice crops, as skyrocketing grain prices are leading to crop theft and food riots around the world. According to international reports:

Rice farmers here (Thailand) are staying awake in shifts at night to guard their fields from thieves. In Peru, shortages of wheat flour are prompting the military to make bread with potato flour, a native crop. In Egypt, Cameroon, and Burkina Faso food riots have broken out in the past week. (Thoughtcriminal.org)

In Thailand and other rice and grain producing nations, food theft is rising. Crops are stolen directly from fields.

The reported thefts in five rice-growing provinces in central Thailand are the first signs of criminal activity in this region stemming from the sharpest global spike in commodity prices since the oil crisis in the mid-1970s. Across the world, higher food prices are triggering thefts and violence – both by people who can’t afford to eat and those who want to make an easy buck. (Ibid)

The United States produces 46% of the world’s biofuels, with Brazil coming in at a close second with 42%. (Biofuels: the Promise and the Risks). As a world leader in food exports, grain in particular, the United States has altered world grain markets by diverting grain into fuel production, thereby increasing demand for grains with a resultant rise in the price of the commodity because of demand. The ensuing market shortage has generated price increases in the world grain market, making food staples too expensive for much of the world’s poor to afford.

So far, Americans are mostly bystanders in the game, content to grumble at the gas pump and complain in the grocery aisles. As a “First World” nation, the United States so far has not been subject to the food riots, which we have seen in Haiti and other parts of the world. Americans have more per capita income than much of the world; hence the crisis of the Third World, so far, is inconvenience in the “First World” and in developed nations such as the United States.

As one retired grain salesman noted, most of the nation’s grain is moved around the country by just TWO railroads. Little is stored in the event of disaster and the whole system is extremely vulnerable. While we in the United States look at the food riots in other countries with a sense of disbelief, we are not immune. Under the right circumstances, we could be in the same boat. (Ibid)

In order for riots to break out the whole food supply doesn't have to be wiped out. It just has to be threatened sufficiently. When people realize their vulnerability and the fact that there is no short-term solution to a severe enough drought in the Midwest they will have no clue as to what they should do. Other nations can't make up the difference because no other nation has a surplus of grain in good times let alone in times when they are having droughts and floods also. (Robert Felix, “US Food Riots Much Closer than You Think”)

Critics say the US is currently too preoccupied with foreign excursions and oil to pay attention to food security, particularly how concentration of suppliers and processors threaten the food chain. The highly concentrated meat processing industry has generated millions of pounds of recalls this year. Outbreaks in e.coli and other food borne pathogens continue to haunt the headlines, as food prices rise around the world.

The concentration of food processing, cultivation and distribution into the hands of a few companies is wrecking havoc around the world. A Canadian reporter noted the connection between market concentration and price increases around the world:
In Mexico and most other countries, a handful of international companies is controlling more and more of the food production line—from growing crops to purchasing crops from farmers, to warehousing, processing and distribution.

Carlsen said investigations following the tortilla crisis found that huge stores of corn in warehouses had cut down the supply and led to a jump in prices. (Matthew Little, Epoch Times, “Food Prices Skyrocket Amidst Growing Shortages.”)

Food security, that is the availability and affordability of food, has been pushed aside by the War on Terror, and continues to lag behind our awareness, despite their being linked together in a dangerous dance of death, which has been created by the bio-fuels industry. Ultimately, the price of oil, depends on supply, demand and risk (War), and the price of food has now become dangerously linked to the energy market by the requirements of the fuel crop industry. We now are dealing with a ‘double whammy’ that is dangerously impeding our food supply.

Living in the “Breadbasket of the World,” it is hard for most Americans to even conceive of the idea that food could become scarce in this country. Few of us are paying attention to the close relationship between biofuel, grain crops and price inflation.

"The market place does now tie the price of a bushel of corn to the price of a barrel of crude and when it does that it means that poor people are going to lose out," said Mooney. (Ibid)

The world’s grain and food markets have been turned on their heads. Where once the price of fuel and oil-based fertilizers used to cultivate crops added to the cost of the crop, now the use of crops as fuel generates still another tier of demand on the world’s soils and crops.

With finite amounts of cropland, competition between fuel and food crops for land and economic resources, and unpredictable natural disasters, wars and pestilence waiting in the wings, our food supply is not as secure as we think it is.

Even the United States is not immune from the potential for food shortages, food riots and food insecurity. We’re just blind to the possibility.

The author is an activist/writer/public speaker based in the Midwest. She has written articles on the mortgage crisis, land theft, mis-education of ethnic youth and food security. Books include:
Land, Legacy and Lynching: Building a future for Black America, and Urban Asylum: Politics, Lunatics and the Refrigerator Woman.


http://www.Lulu.com/davis4000_2000
Add Your Comments
LATEST COMMENTS ABOUT THIS ARTICLE
Listed below are the latest comments about this post.
These comments are submitted anonymously by website visitors.