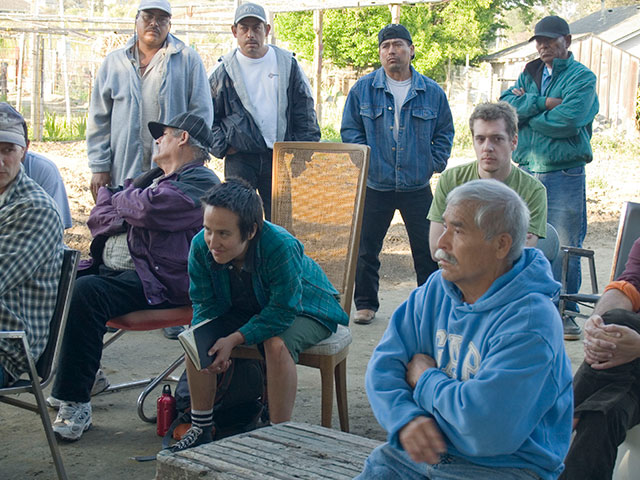 A third public meeting will take place at the Beach Flats Community Garden on Monday, April 7th, at 5pm to continue discussing the future of the garden.
§Meeting
by ~Bradley Friday Apr 4th, 2008 8:06 PM 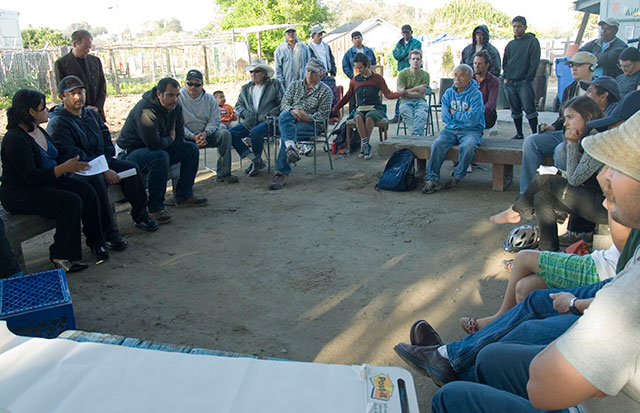 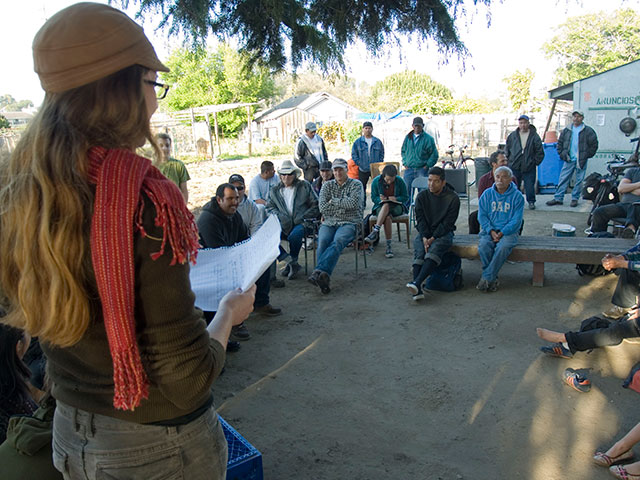 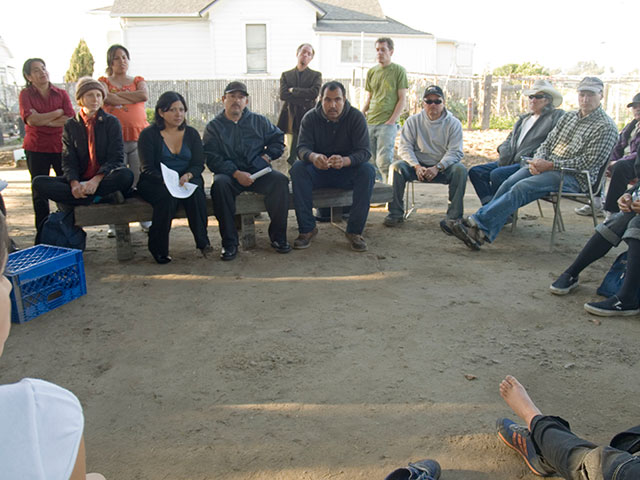 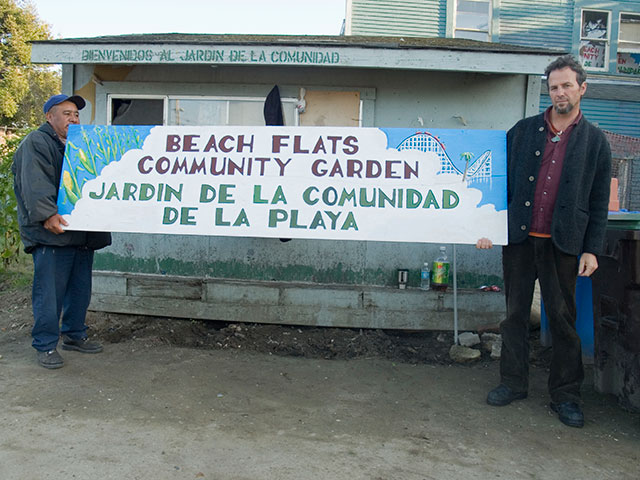 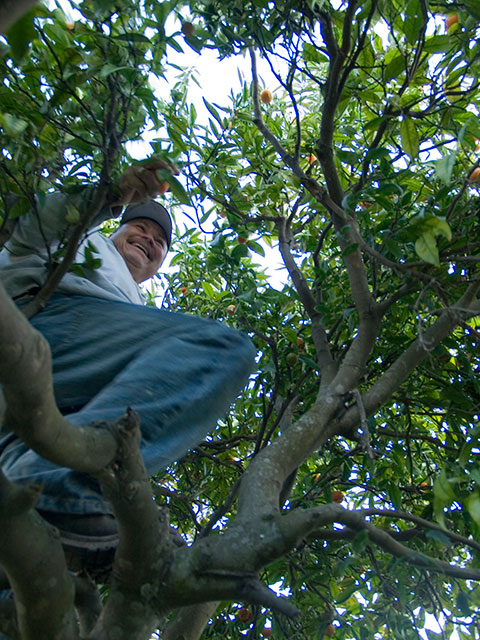 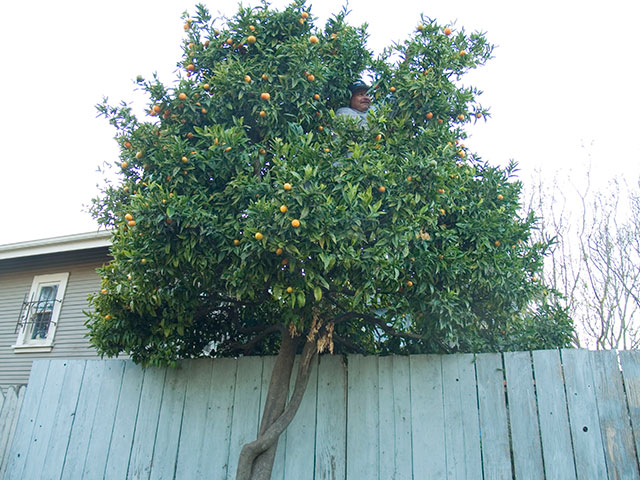 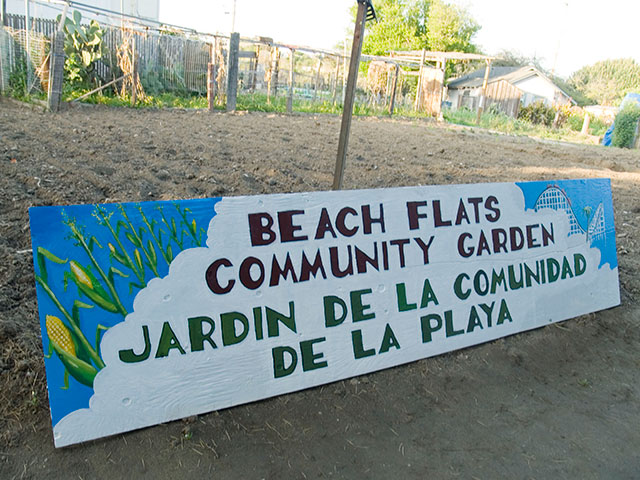 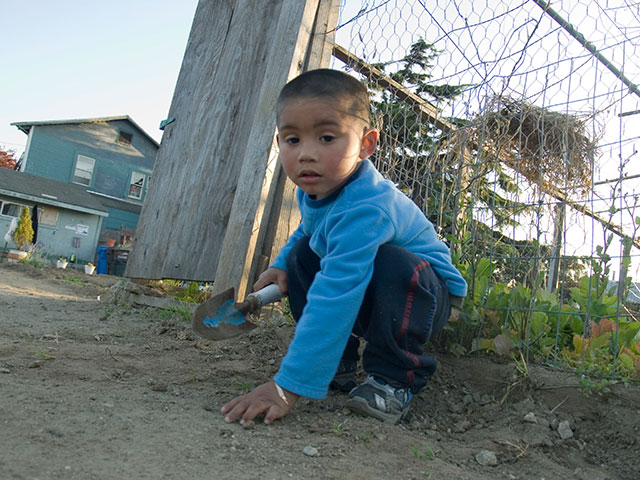 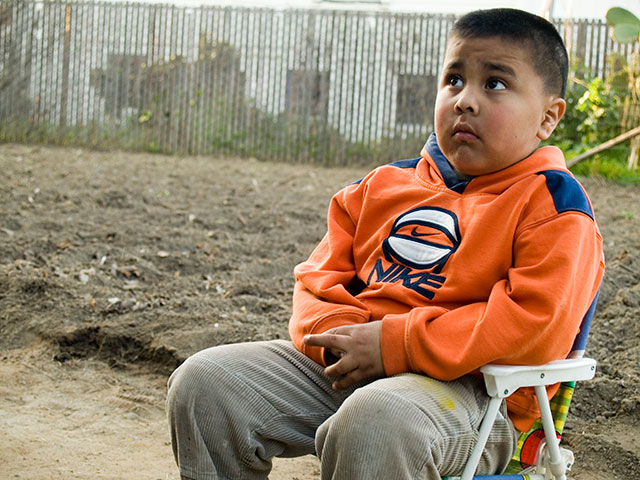 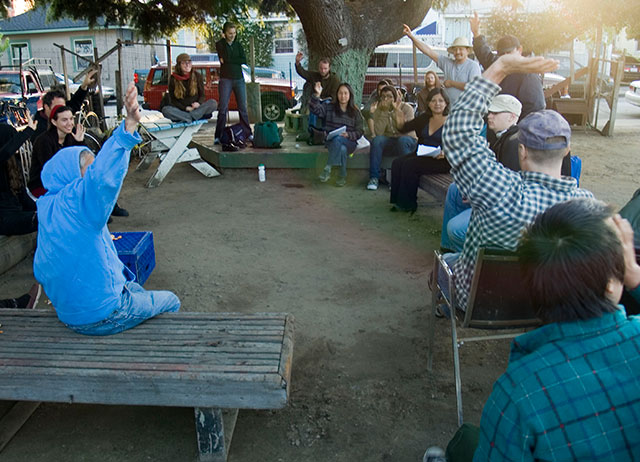 Domingo is said to be in the garden everyday from about 5am to 5pm. He recently pulled up some of his plants after Reyna told him that he was not allowed to garden there anymore. At the meeting, during introductions, Domingo announced that he does not want to garden there anymore. In this photo, people who want Domingo to stay and garden are raising their hand. There was nobody, Reyna included, who wanted Domingo to stop gardening in the Beach Flats Community Garden.
§Reyna apologizes to Domingo for the miscommunication
by ~Bradley Friday Apr 4th, 2008 8:06 PM 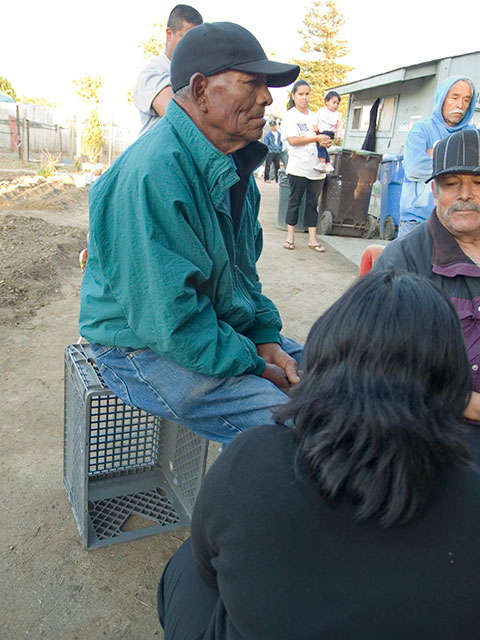 I think that Domingo will continue to garden in the Beach Flats Community Garden. It is clear to everyone that he very dedicated to caring for the land and providing people with food.
§Weedy on April 3rd
by ~Bradley Friday Apr 4th, 2008 8:06 PM 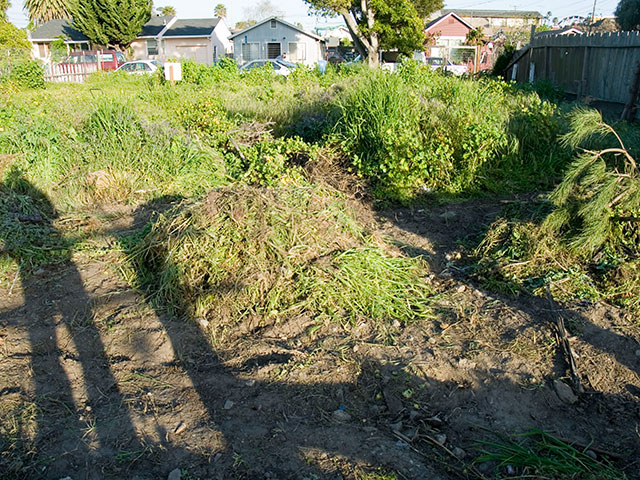 On April 3rd, there was still a lot of weeds and scattered bits of trash in this garden plot. I was surprised to see it in significantly better condition the next day.
§Not Weedy on April 4th
by ~Bradley Friday Apr 4th, 2008 8:06 PM 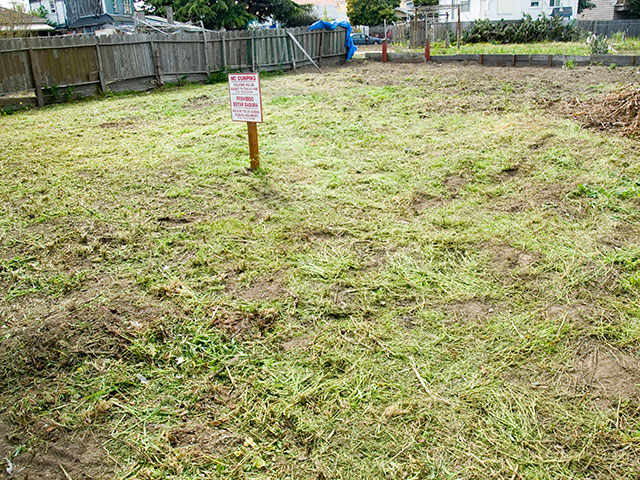 I'm not sure who or how many people cleaned this garden plot, or what tools were used, but it's almost ready for cultivation now.
§Reyna has not met with Parks and Rec yet
by word on the tierra Saturday Apr 5th, 2008 9:56 PM
Brent said that Reyna has not met with the Santa Cruz Parks and Recreation Department yet, but that she will try to set up a meeting with them on Monday before the 5pm meeting at the garden.
Add Your Comments
LATEST COMMENTS ABOUT THIS ARTICLE
Listed below are the latest comments about this post.
These comments are submitted anonymously by website visitors.