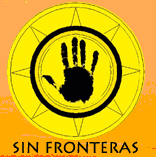 Complaints include labor compensation disputes totaling in more than $10,000. [1,2,4,5,7] Denying employees breaks and making employees work overtime without compensation (keep in mind the normal work day without overtime for agricultural workers is ten hours instead of eight). Sexual and discriminatory harassment complaints being ignored by supervisors [5]. Unsafe working conditions; where employees developed rashes from fertilizers being applied to produce.[8] Making employees drink non-potable water "from the hose."[6] Overflowing port-potties were not cleaned at regular intervals. [8] Supervisors drinking on the job and verbally abusing and de-humanizing workers.[6,8] Claims of lack of medical compensation for job related injuries and dumping injured workers were also made. [6]

These complaints were issued in the Fall of 2007. Long draw-out legal efforts to hold Lakeside Organics accountable for their labor abuses have simply highlighted the discrepancy of legal resources of the laborers to the corporations. Traditional legal support systems for migrant laborers such as California Rural Legal Assistance (CRLA) have been systematically targeted by corporate interests that the government has come to represent. Originally funded via the federal Community Service Agency, it was substantially de-funded during the Reagan administration. [e1] During the Clinton administration it was heavily restricted when "Republican [lawmakers] inserted provisions preventing representation of undocumented immigrants and preventing legal aid from collecting attorneys fees".[e2] Over the past few years, CRLA has been investigated numerous times for alleged noncompliance with federal funding restrictions, making it difficult for federally funded legal agencies, such as CRLA, to offer meaningful help in cases where some of the persons making claims may be out of status.[e1]

Here in California, Governor Schwarzenegger has been reforming labor law to better serve business interests, making legal support very difficult to obtain.[e3] Additionally, there is the growing threat caused by collusion of corporations, immigration enforcement and the shifting regulations regarding ICE inspecting employee complaints, which has had a "chilling effect" on the ability of laborers to assert any rights at all. [e4]

The robbing, abuse and violation of basic human dignity is re-sold as "feel-good local organic produce." Our only recourse is inter-community communication. Critical to a sustainable existence is meaningful connection to the production of the food that sustains us. All people are encouraged to know their organics and make meaningful connections to the people that produce what we all rely on to survive. It is not enough to simply buy "local organic," we must include a deep consideration of the means of production in our aesthetics of consumption. Without an aim of mutual-sustainable existence for all members of our community, we insure a lack of sustainable existence for everyone in the near future.