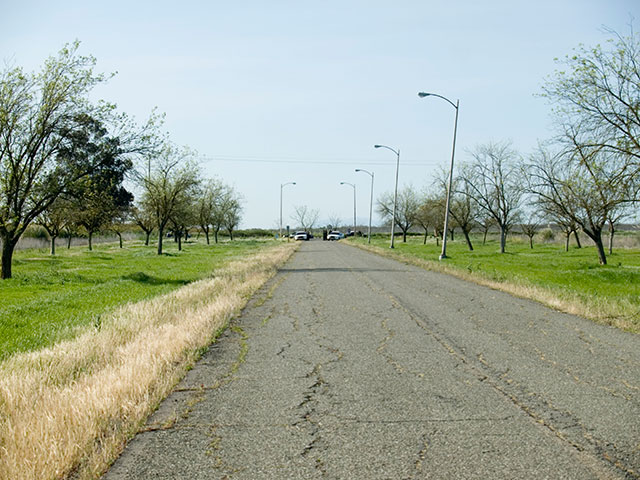 For decades, the school has been a forum and place for native people to learn about their cultures, educate each other, and experience a closeness to the earth. The school was formed in the 1970's, when indigenous people stormed an old army base and eventually forced the government to turn it over to Native hands. D-Q U was born in struggle and in struggle it stays today!

READ MUCH MORE AT: 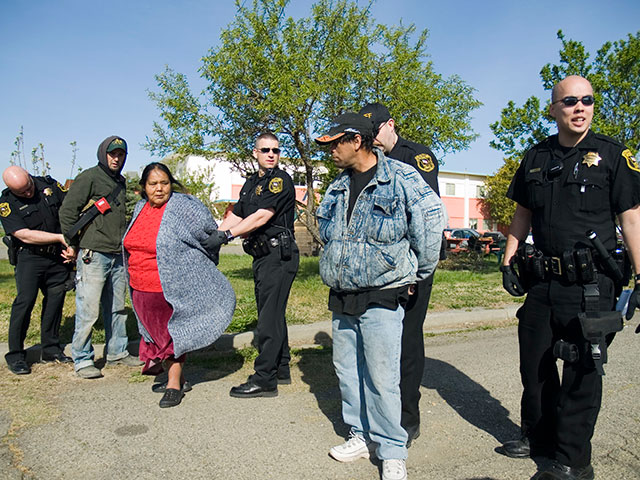 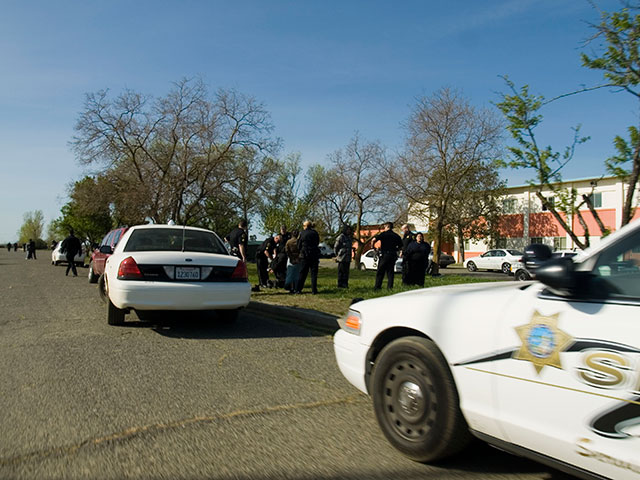 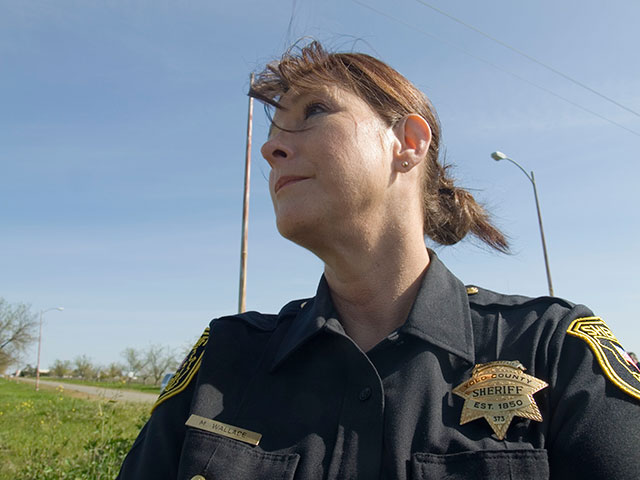 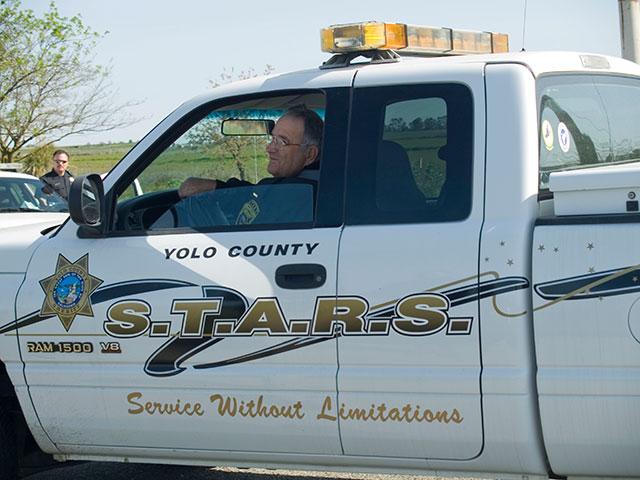 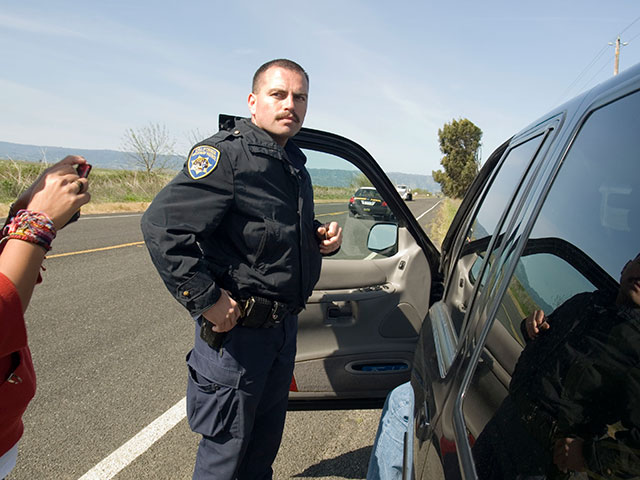 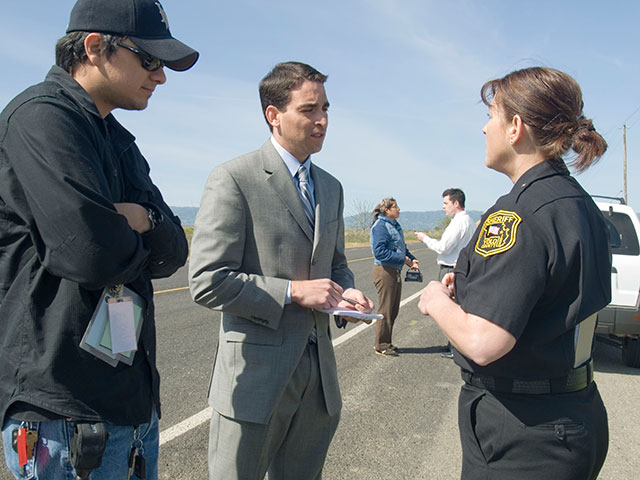 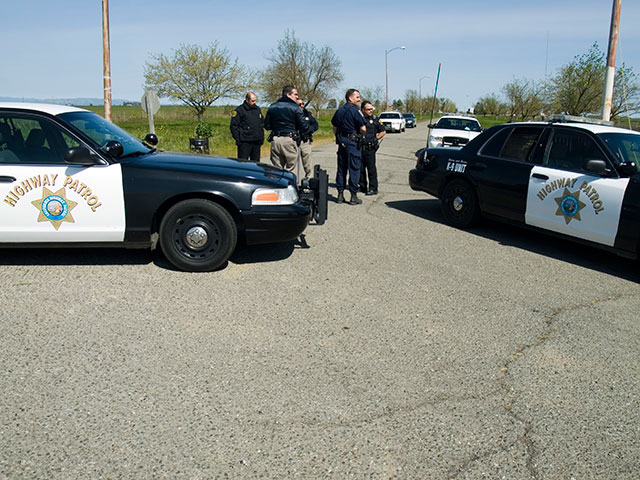 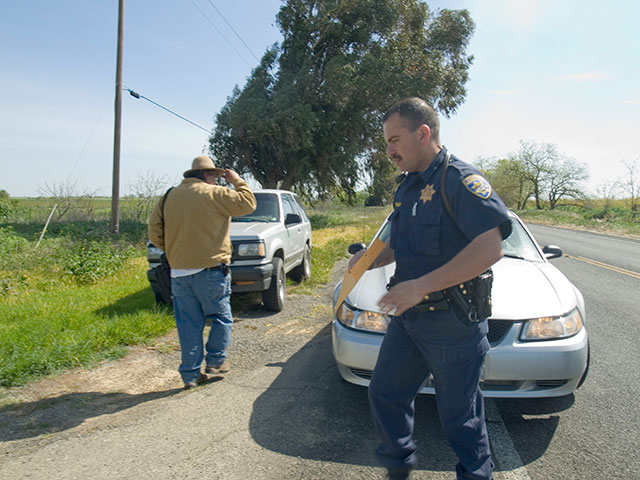 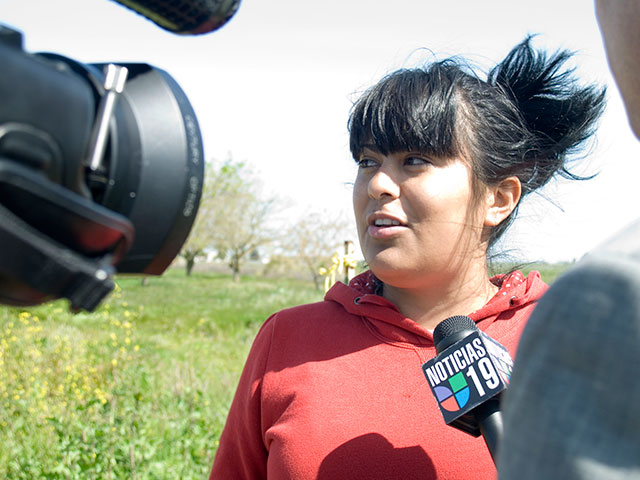 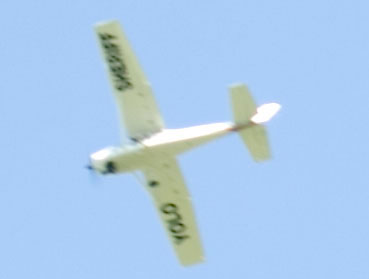 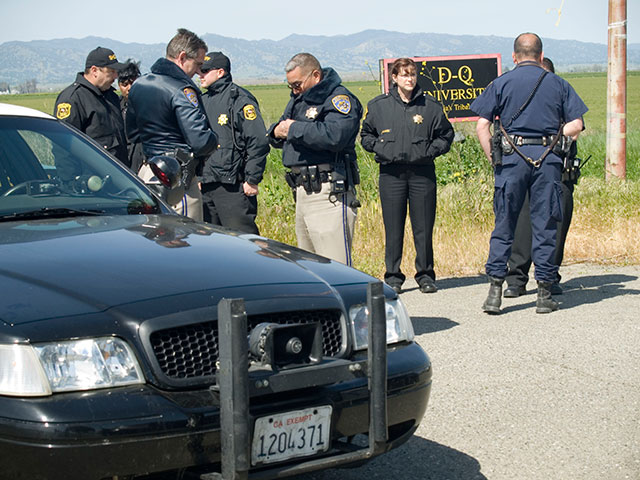 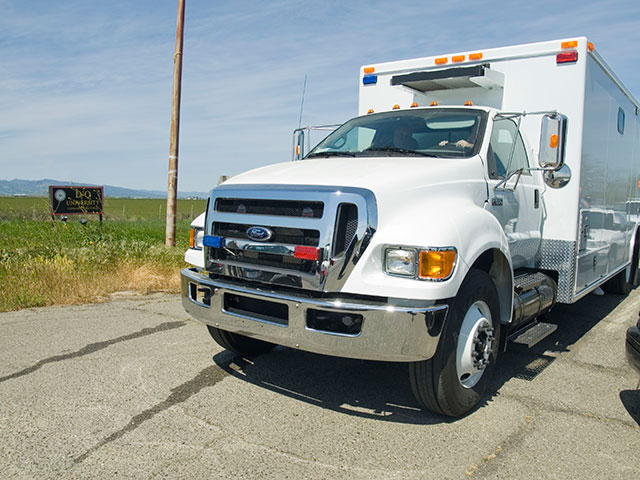 The arrested people were taken to the Monroe Center Main Jail in this police wagon.
§Denied Access
by ~Bradley Monday Mar 31st, 2008 11:10 PM 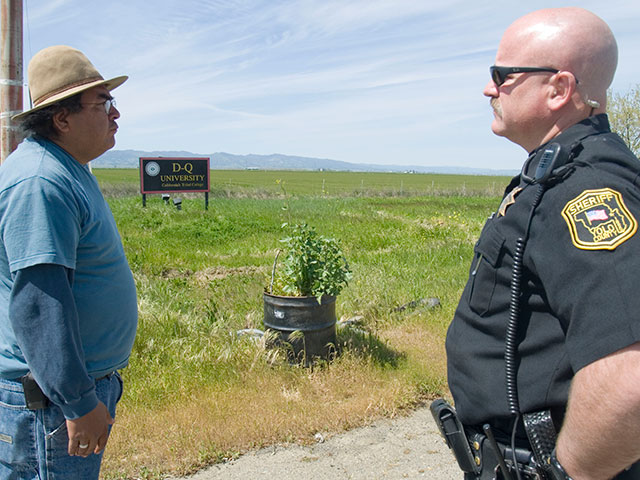 Francisco, a DQU elder, was not allowed to participate in a scared sweat ceremony.
§Resistant Culture
by ~Bradley Monday Mar 31st, 2008 11:10 PM 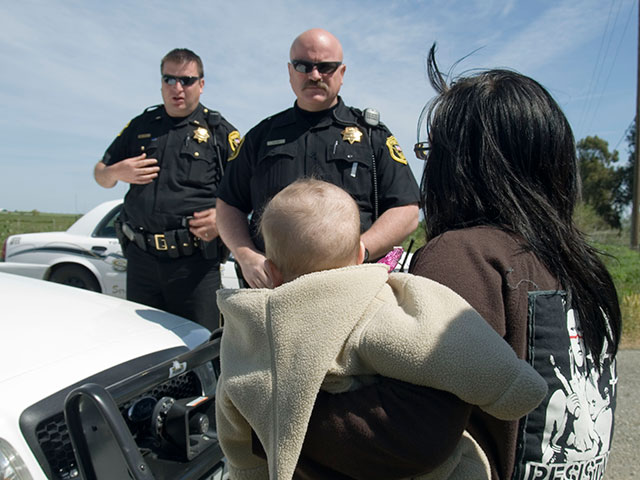 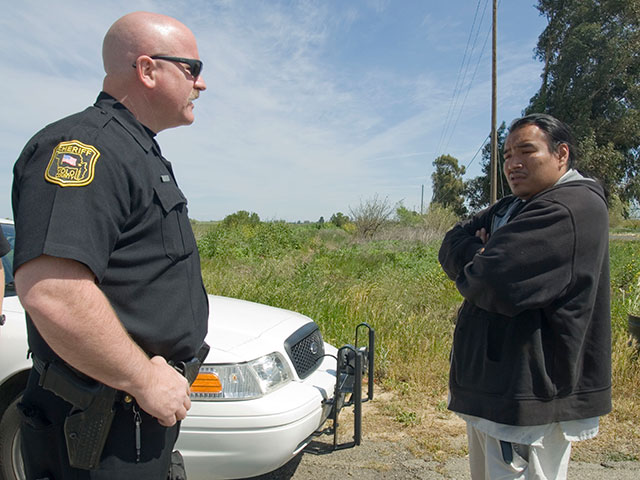 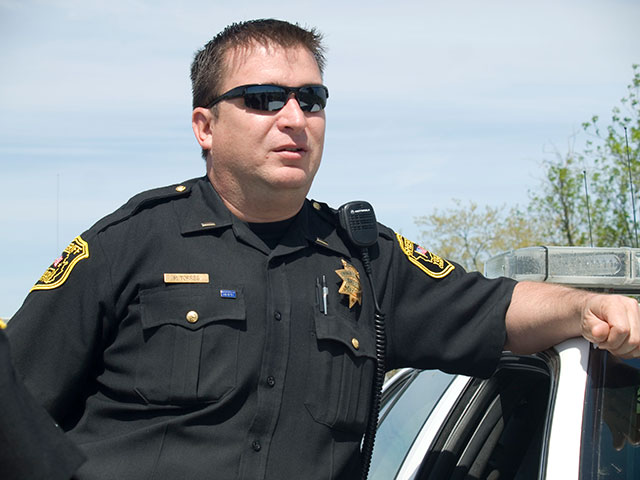 He expressed sympathy while preventing people from entering DQU. Torres indicated that he was part Native American and had relatives who attended DQU.
§You Are On Indian Land!
by ~Bradley Monday Mar 31st, 2008 11:10 PM 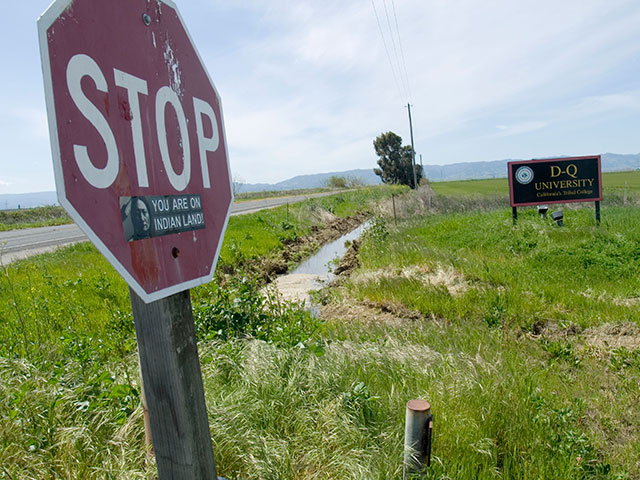 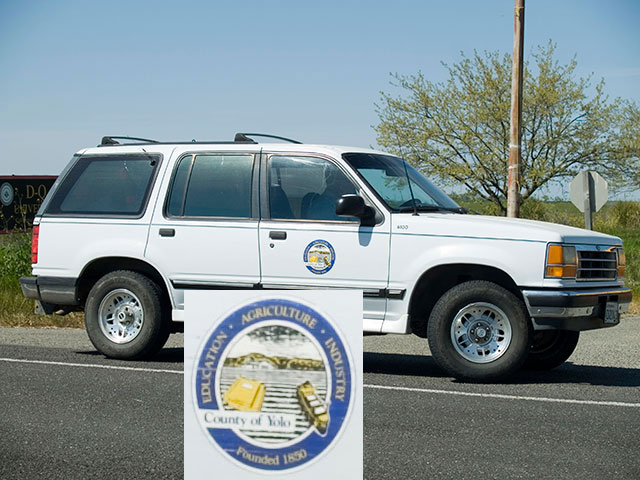 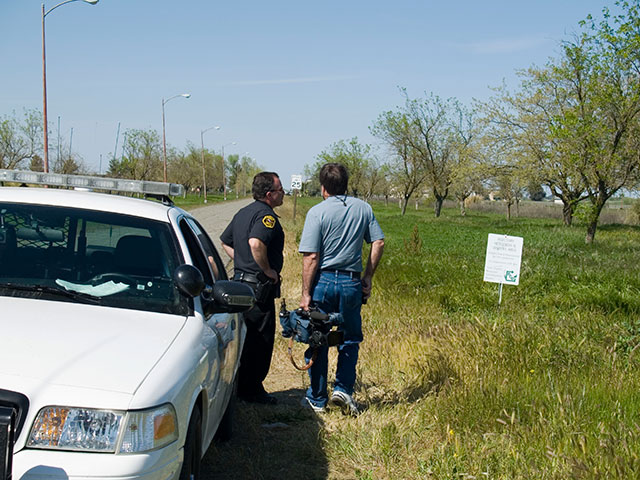 KCRA Channel 3 (the local NBC affiliate) was granted immediate access to DQU. A reporter from the Daily Democrat was also granted access. However, an Indybay volunteer with a press pass was repeatedly denied access to DQU both during and after the raid. The police said the decision of which media outlets to allow was made by the Board of Trustees.
§Building a Border
by ~Bradley Monday Mar 31st, 2008 11:18 PM 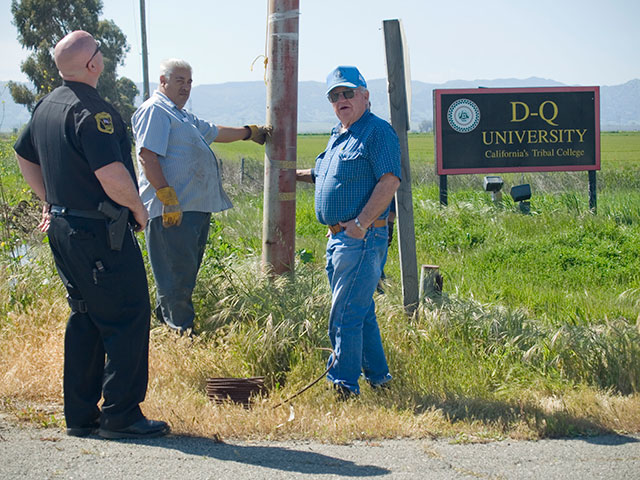 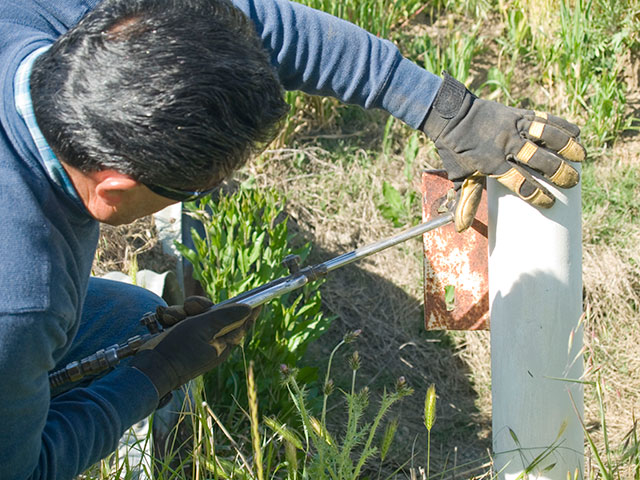 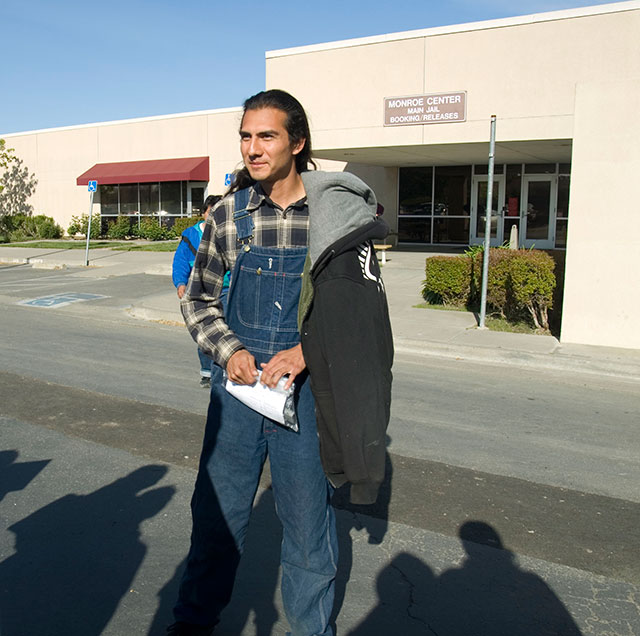 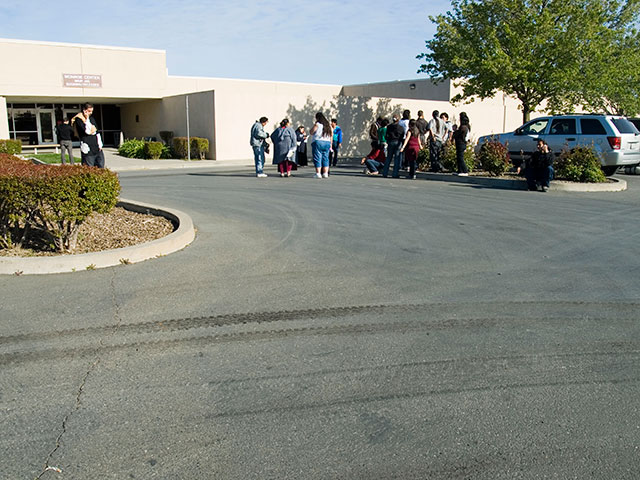 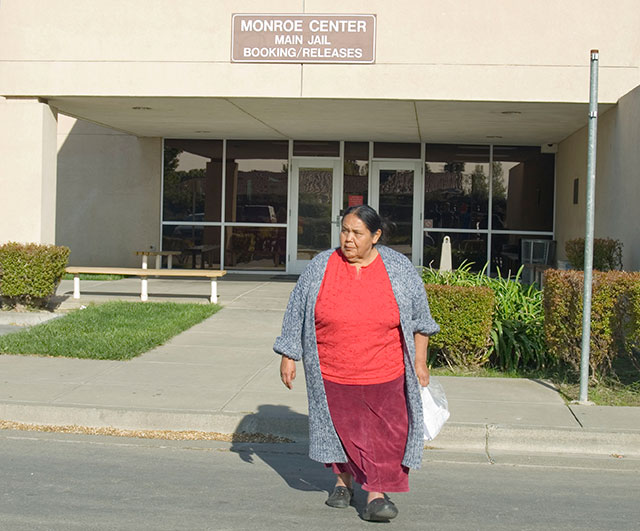 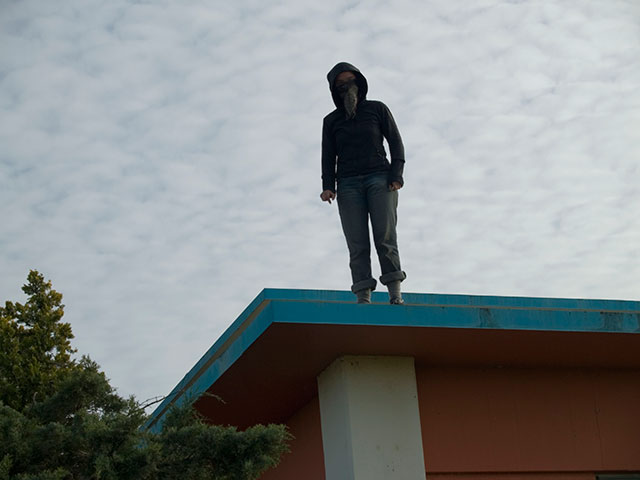 When the cops came, one person climbed up a tree and refused to come down or even speak to officers. The courageous tree-sitter ensured that even during the raid, DQU remained occupied with strength and honor.
§New Gate
by ~Bradley Monday Mar 31st, 2008 11:24 PM 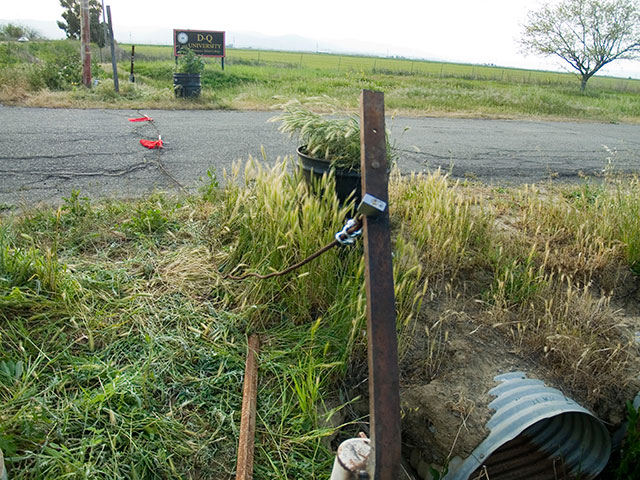 How much did it cost to build a border that was defeated in seconds?
Add Your Comments
LATEST COMMENTS ABOUT THIS ARTICLE
Listed below are the latest comments about this post.
These comments are submitted anonymously by website visitors.