Davis, CA- Student Leaders at Deganawidah-Quetzalcoatl prepare for another possible series of arrests that will take place on Monday, March 31, 2008. Students received word that the Board of Trustees has contracted a locksmith to replace the locks on campus and will be accompanied by the Yolo County Sheriff’s Department to remove students from campus.

This is the second attempt made by the board to illegally evict students within the last few weeks.

The Associated Student Body of D-QU is sending out an urgent appeal to the community to come and show their support against this great injustice. They encourage community members and media to arrive early Monday morning to bear witness and participate in the student’s resistance action against a negligent board of trustees.

On its own, the student body at DQU is a non-profit 501(c)(3) organization that currently holds the only classes at D-Q University, California’s ONLY Tribal College.

The Board of Trustees has not functioned to serve its purpose towards attaining re-accreditation, holding classes on campus, hiring a new administration, and/or bringing in funding for the school in the 3 years since their inception.

In response to this neglect, the community has united with the students to implement a new board. The current student leaders hold numerous programs and workshops such as the Indigenous Perma-culture Program, bio-diesel workshops and bi-weekly ceremony on campus, despite constant harassment from former board members. Students are actively searching for teachers who can further develop a new curriculum.

The Native and Chican@ communities around Yolo and Sacramento Counties agreed that the Board of Trustees is incompetent and has repeatedly failed to re-implement the educational mission of the school- a mission that seeks to unify all Indigenous people and create a harmonious relationship with the community. This embodies continued commitment towards both traditional and formal higher education for all Indigenous people.

The Associated Student Body will be hosting a Pow Wow on Sunday, April 6, 2008. The community is invited to attend a Planting of the Corn Ceremony on this day to welcome in the new Spring Season, and celebrate Mother Earth. Applications for enrollment into the new Board of Trustees will be accepted on this day.
http://www.myspace.com/dquniversity
§Cops at dqu
by via e-mail Monday Mar 31st, 2008 10:25 AM 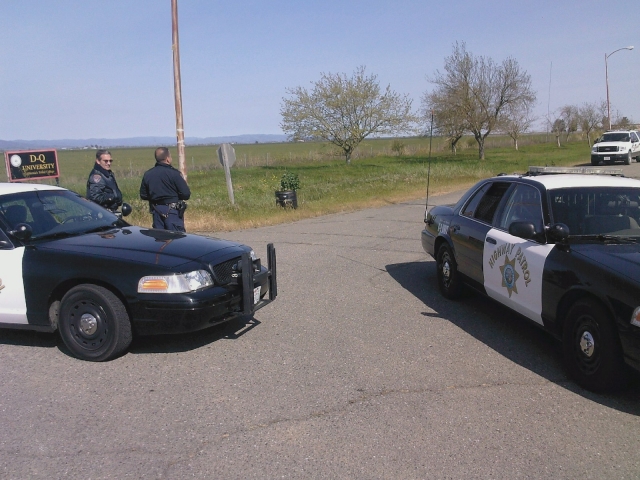