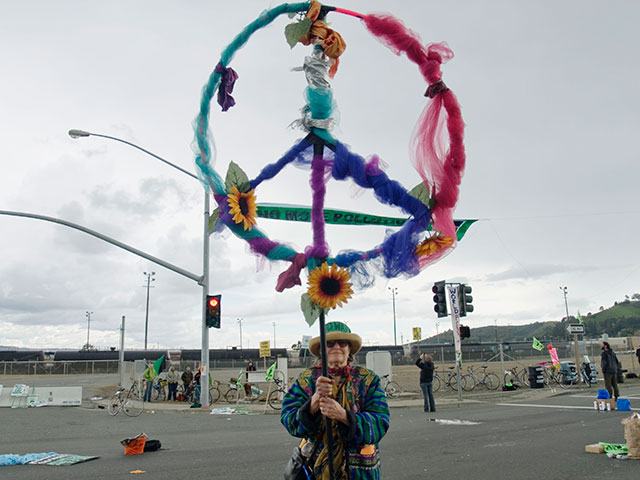 A SlideShow and more photos are published here:
No War No Warming Protest at Richmond Chevron Refinery
http://www.indybay.org/newsitems/2008/03/17/18486337.php

While hundreds of people were converged on the Chevron Richmond Refinery, protests were taking place around the world to against 5 years of war and occupation in Iraq, including a gathering called "Winter Soldier: Iraq and Afghanistan."


For more information about "No War, No Warming" and a couple other resources, see:
http://nowarnowarming.org 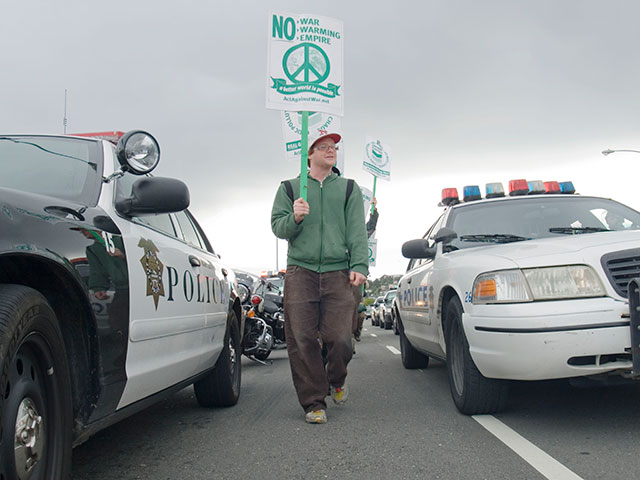 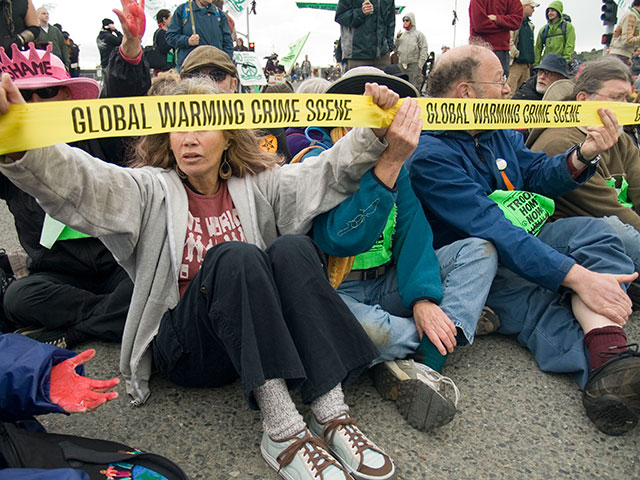 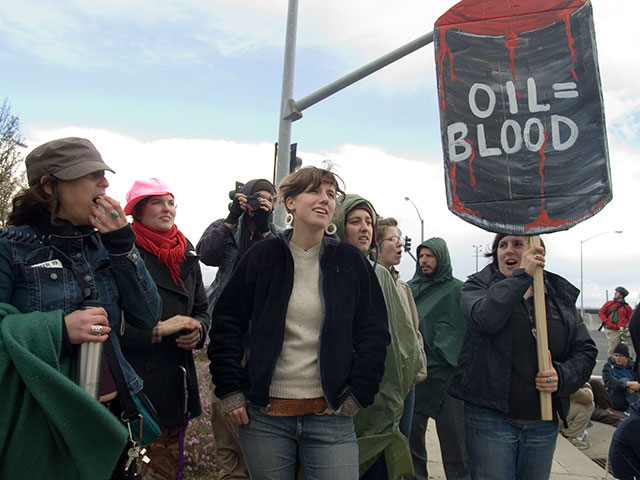 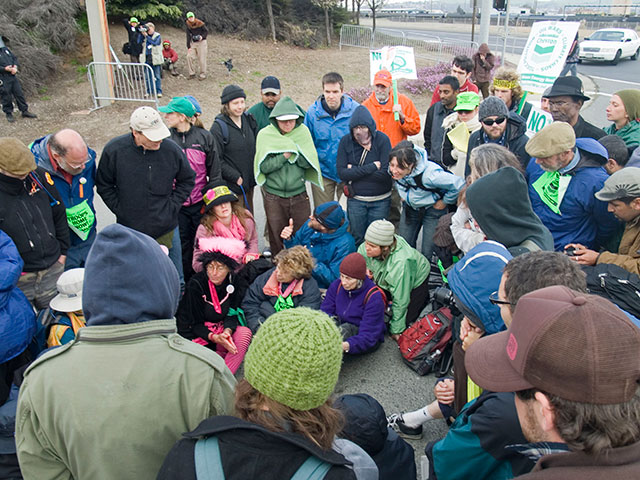 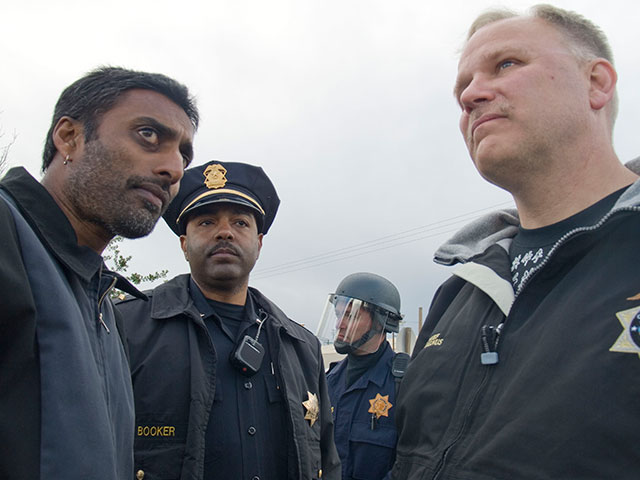 The messenger relayed information between the people sitting down in the street "willing to risk arrest" and the Richmond police. The people willing to risk arrest were more accurately "trying to get arrested" for nonviolent civil disobedience. The messenger was working as a police liaison for the group engaged in civil disobedience. He did not take part in decisions for either of the parties involved (police and protesters).
§No Oil War
by ~Bradley Monday Mar 17th, 2008 1:59 PM 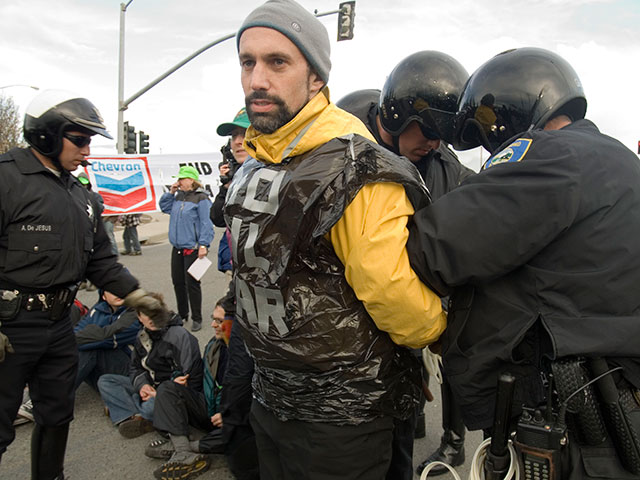 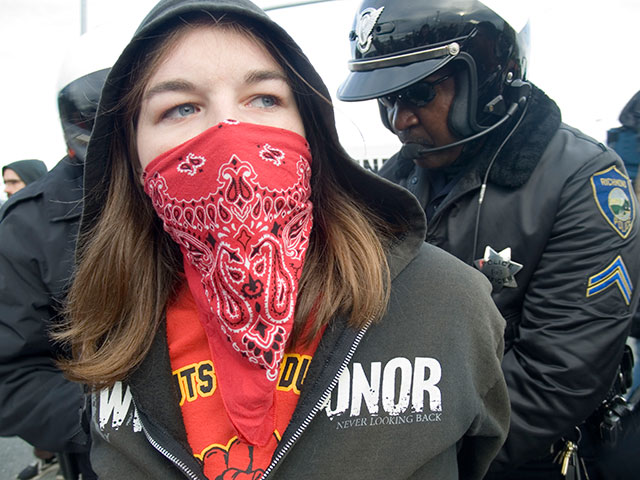 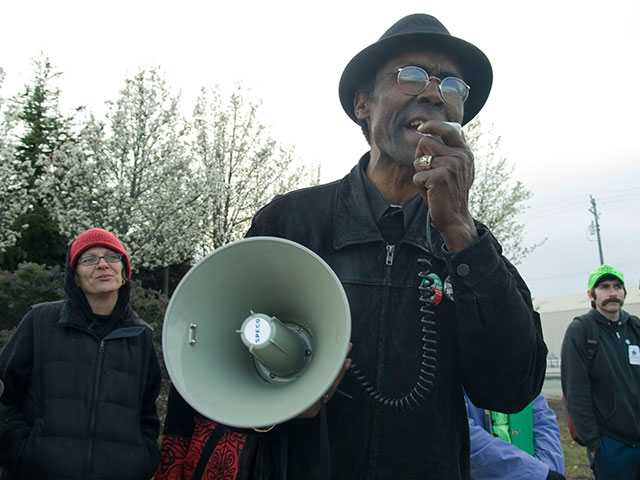 “In Richmond we pay with our health; in Iraq they pay with their lives; in Ecuador and Nigeria they pay with their human rights; and we all are paying with Global Warming. If you think the price of Chevron gas is too high, you’re right. It is time that Chevron pays for the loss of lives and environmental damage,” said Dr. Henry Clark, of the West County Toxics Coalition.
http://understory.ran.org/2008/03/14/take-action-against-chevron-march-15th-in-richmond-ca
§March Back
by ~Bradley Monday Mar 17th, 2008 1:59 PM 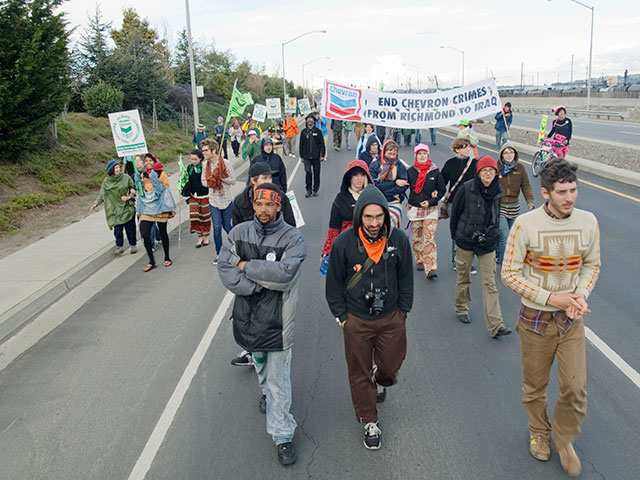 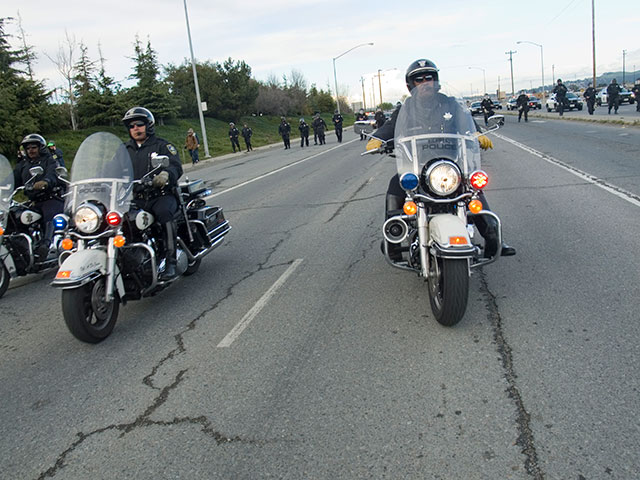 While the police were tolerant, if not accommodating, of the (not completely) permitted demonstration(s) that took place throughout the day, once they were done arresting people, things changed. At 5:55pm, a notice of unlawful assembly was announce through a bullhorn by a Richmond police officer. The police had zero patience for a brief rally on the corner as they aggressively formed a line with the batons raised to quickly push us away from Chevron. Other police used their motorcycles to intimidate control the tempo of the march away from Chevron.
§Chevron Way
by ~Bradley Monday Mar 17th, 2008 1:59 PM 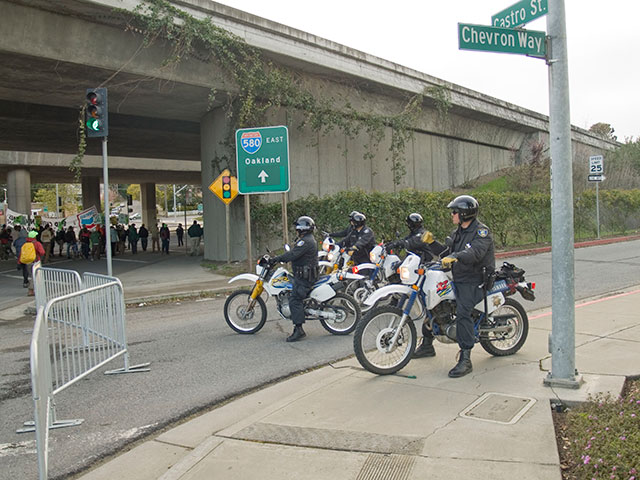 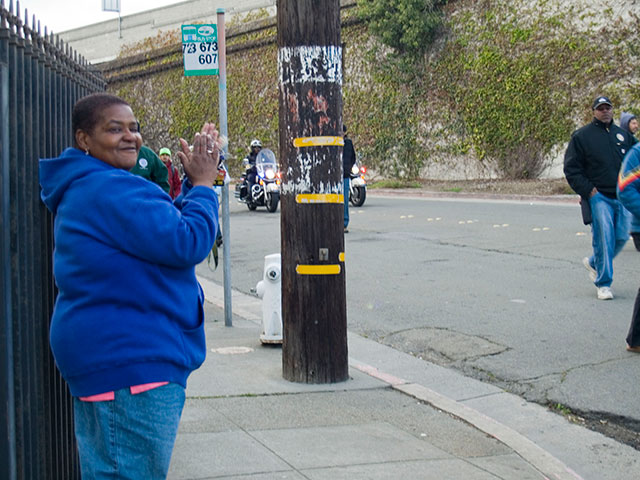 A SlideShow and more photos are published here:
No War No Warming Protest at Richmond Chevron Refinery
http://www.indybay.org/newsitems/2008/03/17/18486337.php
Add Your Comments
Support Independent Media
We are 100% volunteer and depend on your participation to sustain our efforts!