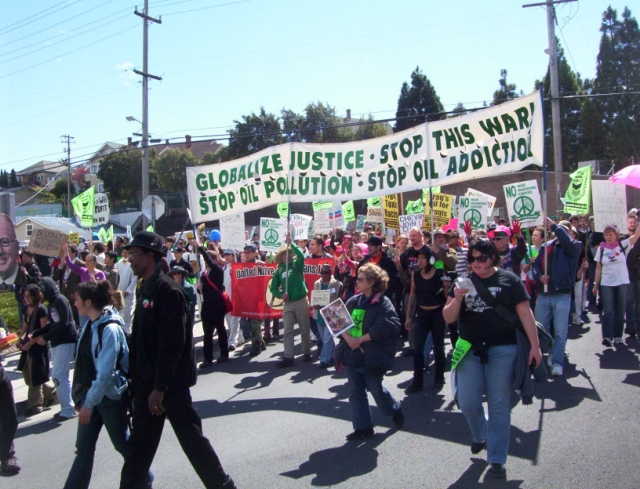 original image (816x624)
In Richmond, CA we protested the war in Iraq (etc.), Environmental Racism and Global Warming by blockading the Chevron oil refinery. We gathered at noon for speakers then marched to the refinery. Chevron had been shut down all day in anticipation of our protest. We marched to one of the main gates and people laid out lock down tubes and barrels and up to 50 people locked themselves down. Bands played, there was street theater and food. people danced and denounced the war and Chevron. The police had the entrance blocked with barricades and many police but said that they would not arrest people. After many hours the lockdown was ended. people held a circle gathering then quickly moved the barricades and went toward Chevron. Police were startled but formed a line and people sat down. Other people took down the rest of the barricade and put it out in the intersection to keep the street closed. People sat in front of the police for several more hours. Eventually the police arrested 25 people. We were then forced onto the sidewalk with quite reduced numbers. We held a quick rally and headed home.
§
by tristan Saturday Mar 15th, 2008 9:30 PM 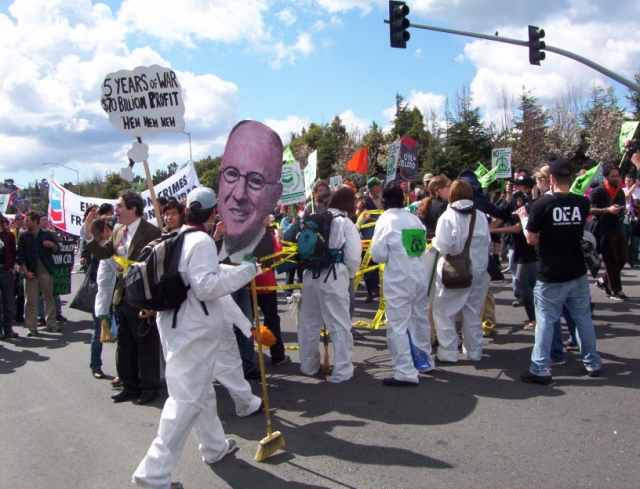 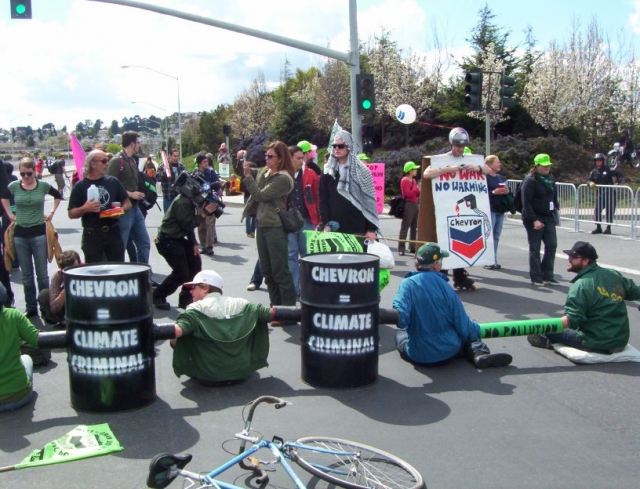 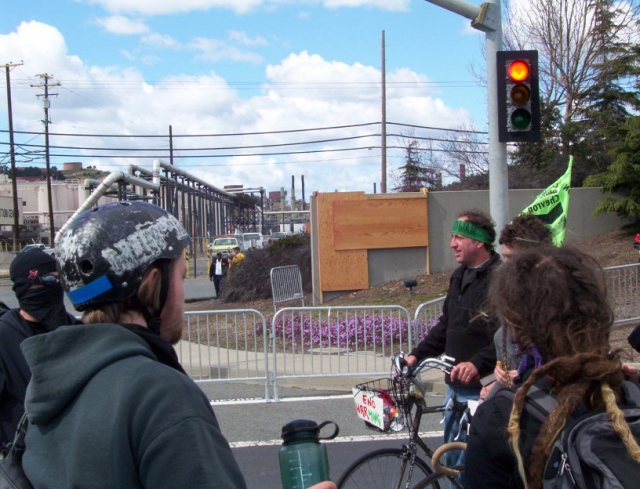 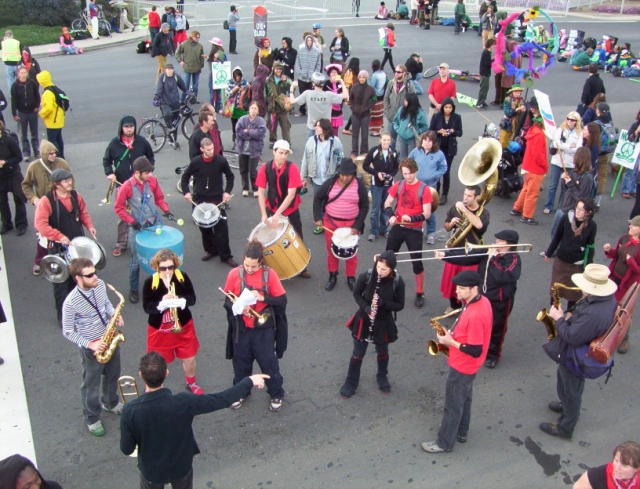 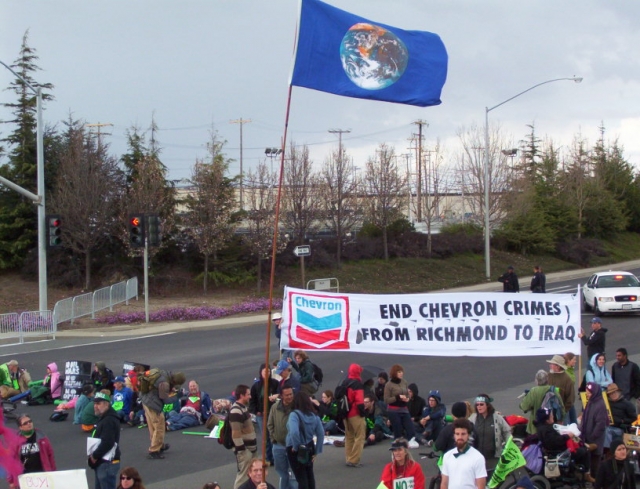 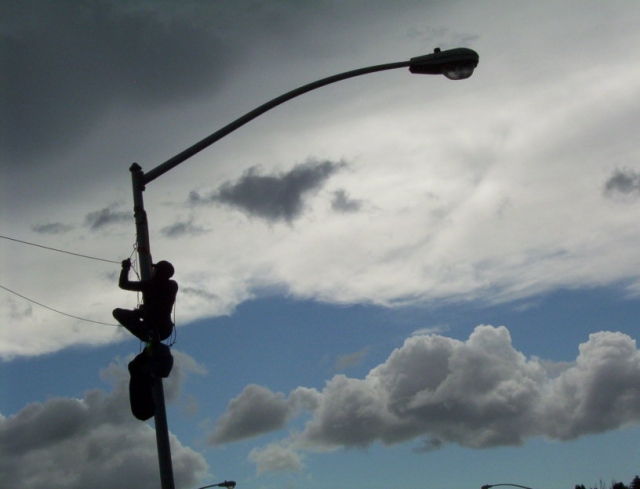 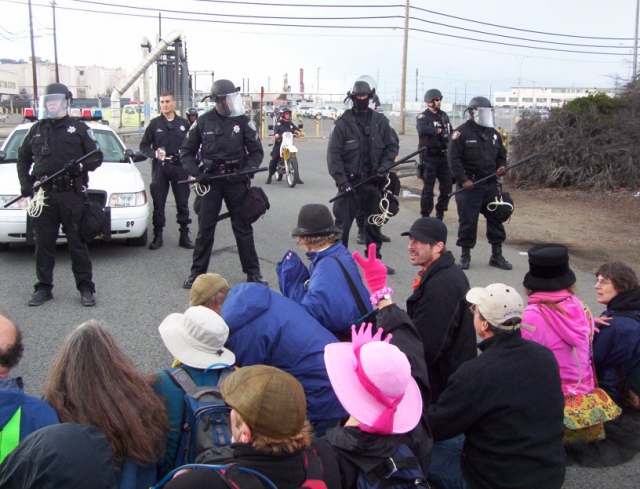 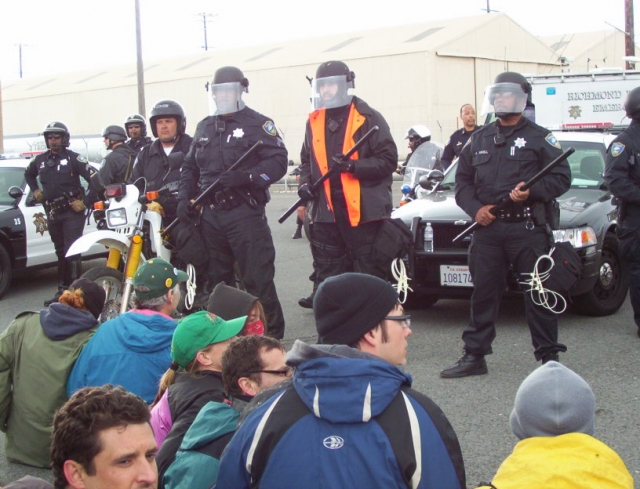 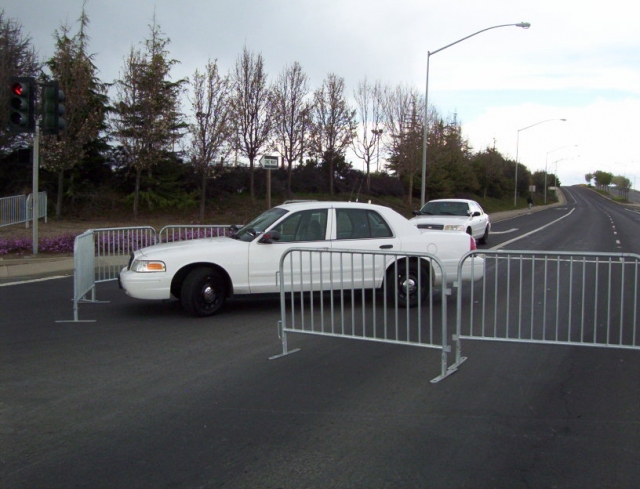 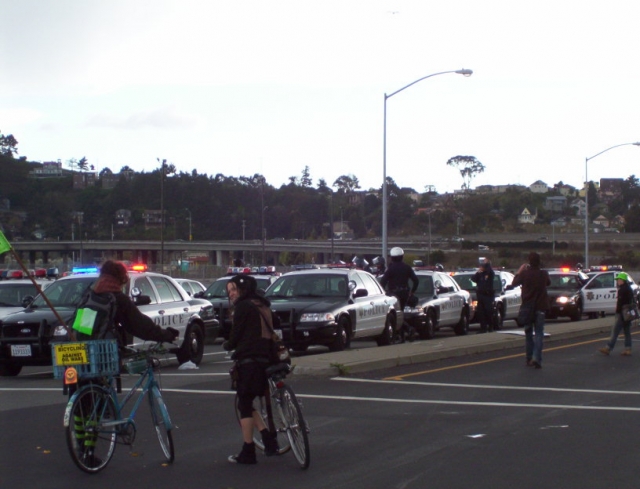 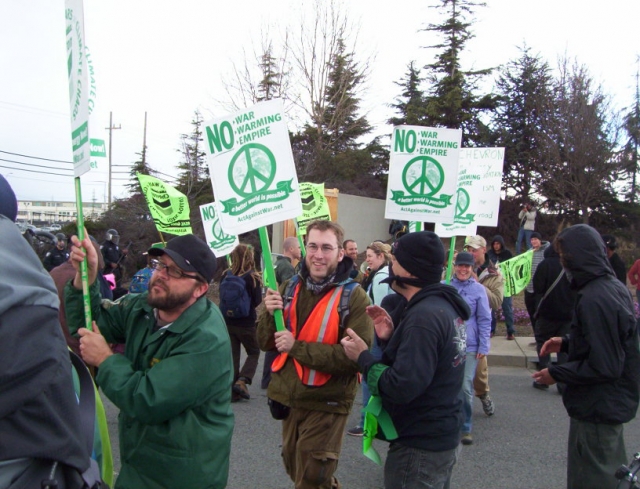 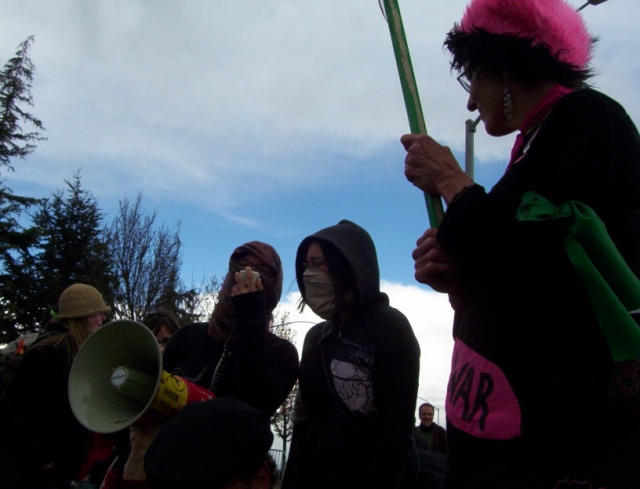 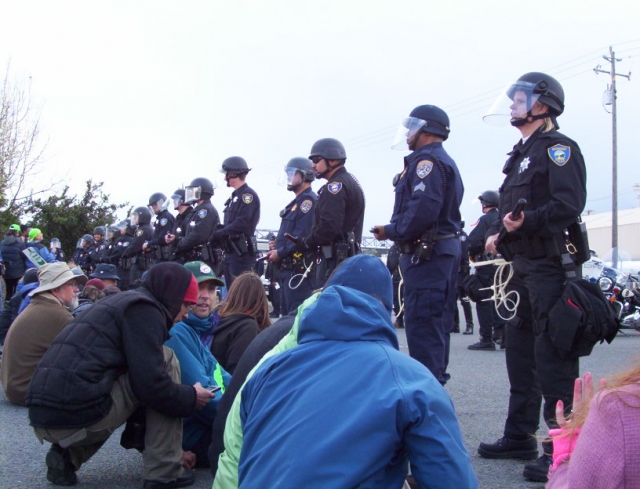 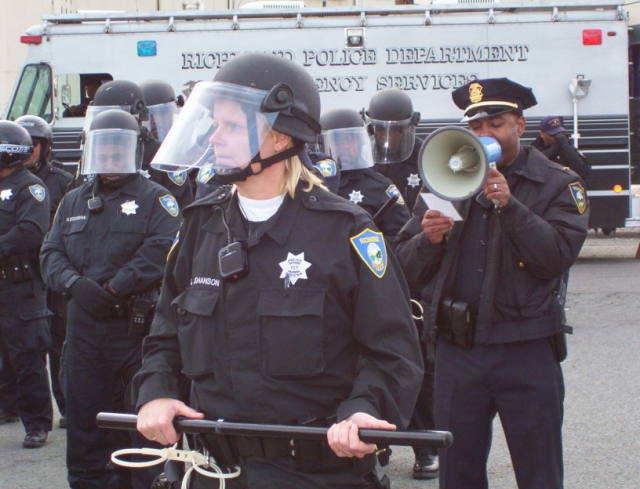 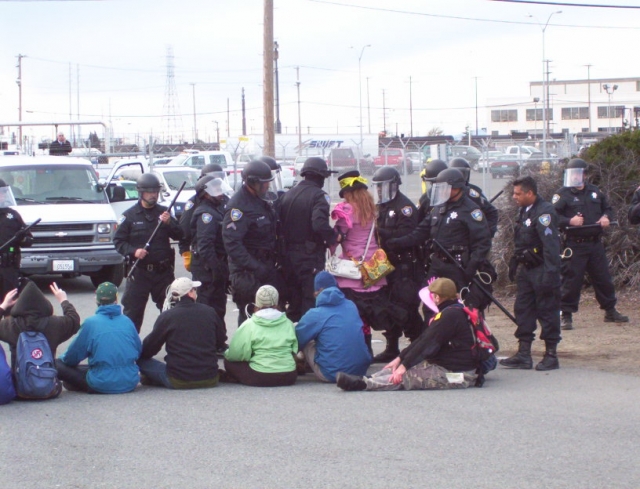 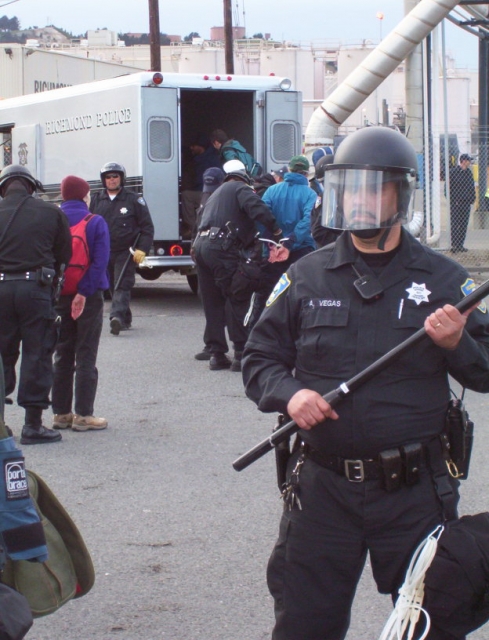 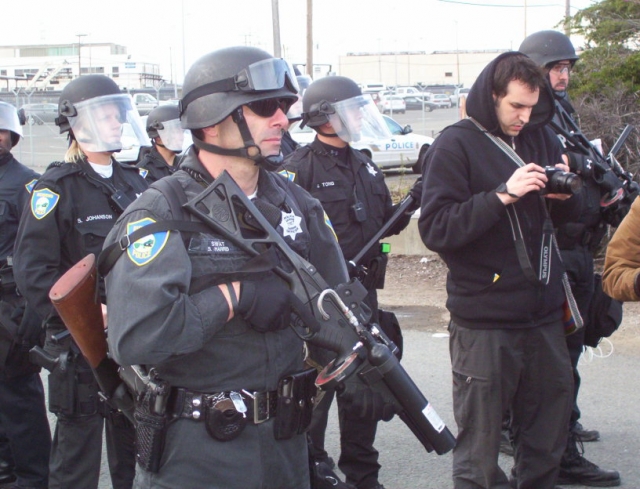 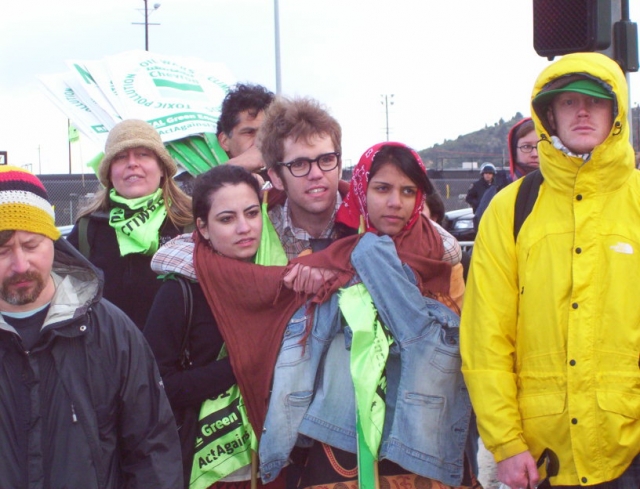 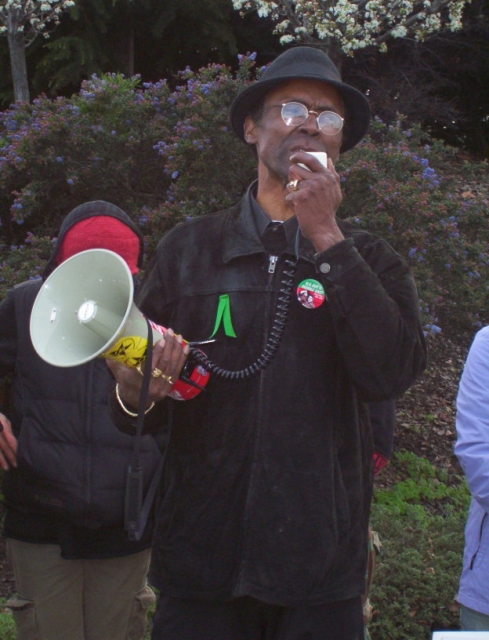 original image (624x816)
A Richmond resident and longtime organizer against the refinery gives the last word.
Add Your Comments
LATEST COMMENTS ABOUT THIS ARTICLE
Listed below are the latest comments about this post.
These comments are submitted anonymously by website visitors.