Add an Event
Newswire
Calendar
Features
Home
Donate
From the Open-Publishing Calendar
From the Open-Publishing Newswire
Indybay Feature
Publish to Newswire
Add an Event
Related Categories: East Bay | Anti-War
Chevron RALLY & Direct Action: Richmond Point Part I
by Raging Grannies (info [at] raginggrannies.com)
Saturday Mar 15th, 2008 6:06 PM
As of 5:00pm no arrests, though many people are lined up to be arrested, included Mike Wong and Dennis Riley of
Veterans for Peace Chapter 69. Together with an Iraq War vet friend and about 50 others they are waiting and watching
to see what happens. Next update at about 6:30pm. 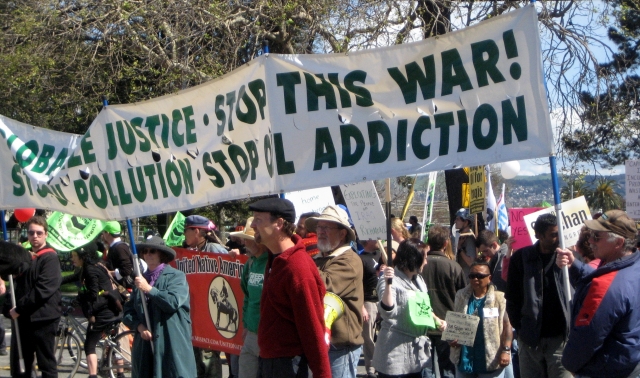 original image (2675x1584)
Police blocked route TO the rally at Richmond Point which may have prevented more rally participants from showing up (according to KPFA broadcast at 5:30pm). Nevertheless there were about 500 people at the park rally site, and almost as many marched toward the refinery starting at about 1:30pm. Some marchers including the Raging Grannies traveling in the Grannymobile were blocked by police from proceding to the Nonviolent Direct Action at the Chevron's Richmond Refinery (100 Chevron Way).

Chevron is driving the war and occupation in Iraq, refining over a million barrels of Iraqi oil in Richmond a month, and actively lobbying for the privatization of Iraq's oil fields.

Chevron has a long and highly profitable history with Iraq—one it wants to see significantly expanded.

In Richmond, a city with a population of about 100,000, the vast majority of whom are low-income people of color, 17,000 people live within just three miles of the Chevron refinery, including in two public housing projects. Richmond has a higher rate of cancer and asthma than the rest of California and the US, which many believe to be caused by pollution from the refinery. The Environmental Protection Agency has said that Chevron is in "severe non-compliance" with air pollution standards.
http://www.RagingGrannies.com
§Clear Skies despite forecast of rain!
by Raging Grannies Saturday Mar 15th, 2008 6:07 PM 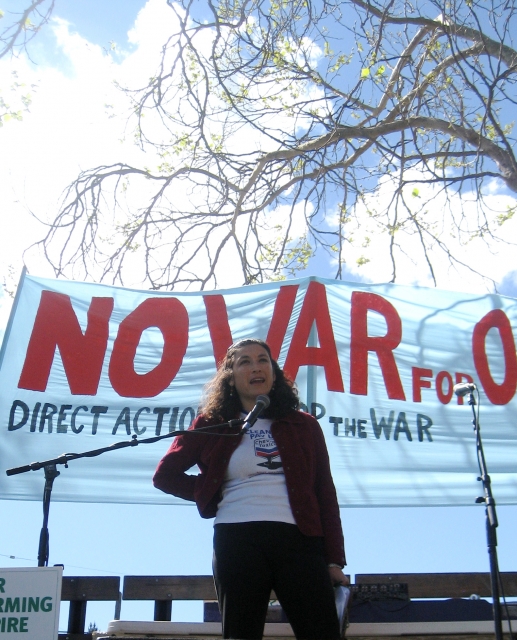 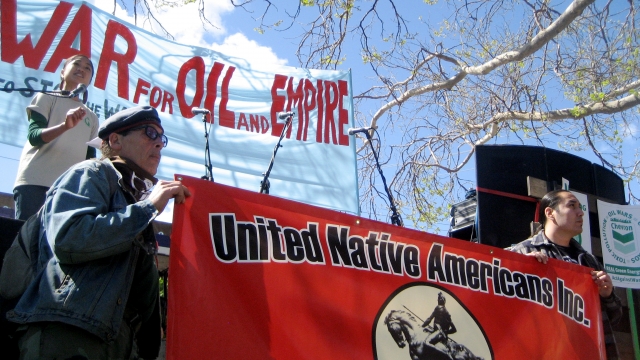 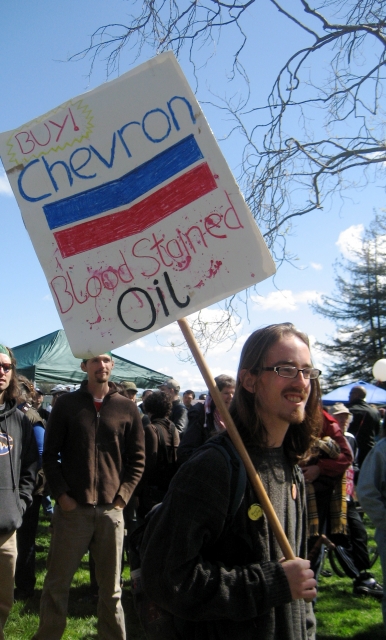 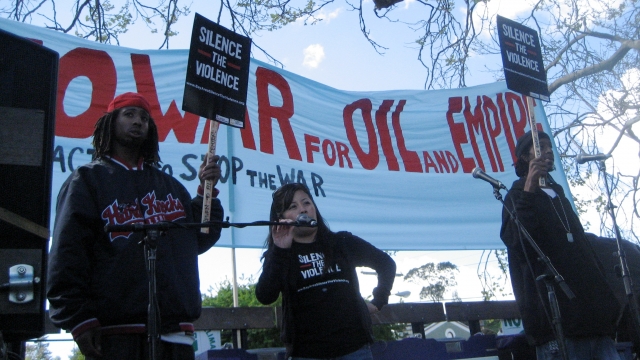 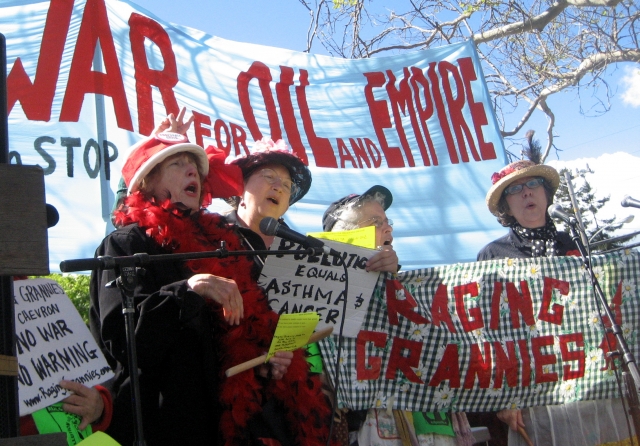 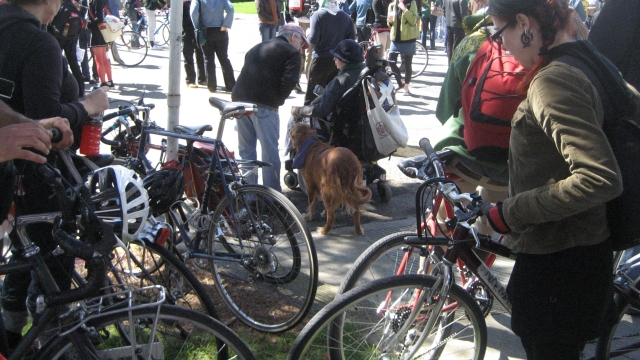 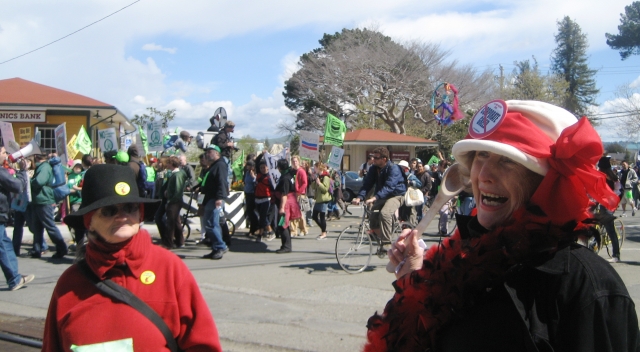 original image (2561x1410)
Grannies on the side line of the marchers say "No Corporate Greed!"
http://www.RagingGrannies.com
§Unocal (Chevron) Out Of Burma!
by Raging Grannies Saturday Mar 15th, 2008 6:07 PM 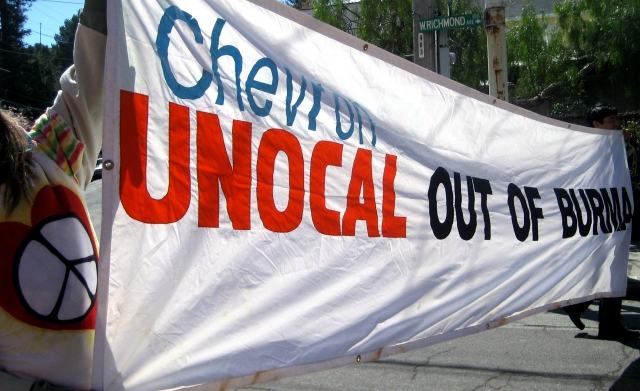 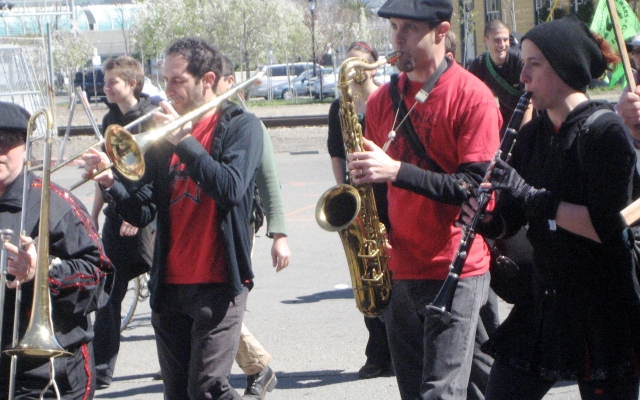 original image (2534x1584)
BLO marched on to the direct action site at the refinery but Grannies got blocked! We were going to perform our Chevron version of *Down by the Riverside* "Down in Richmond Town" together. It was a hit on stage at the park! 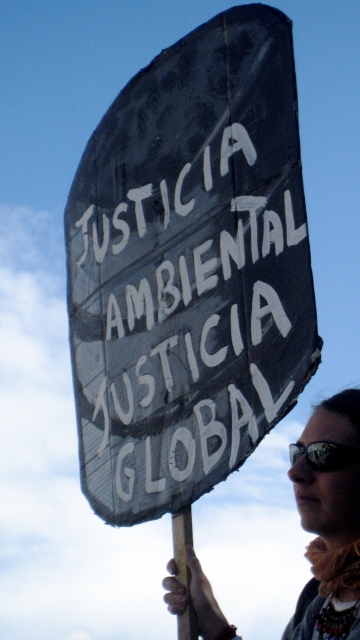 original image (1584x2816)
Marching onwards to the Direct Action site. Watch for Part II of this report!
http://www.RagingGrannies.com
Add Your Comments
Support Independent Media
We are 100% volunteer and depend on your participation to sustain our efforts!