Interview with Owl, a Tree-Sitter at the Science Hill Tree-Sit

by ewok
Interview with Owl, a tree-sitter at the Science Hill tree-sit at UC Santa Cruz.
Recorded in early March, 2008.
Copy the code below to embed this movie into a web page:
Download Video (78.2MB) | Embed Video
Songs of Life Production 2008
http://elonmerkki.net

The film was created by Hannu Hyvönen, a filmmaker who came to Santa Cruz to participate in the EarthVision International Environmental Film Festival.

We are proud and happy to announce that the US premiere of Last yoik in Saami forest - documentary for UN (final version) will be screened in Earth Vision International Film Festival on Tuesday March 4th at the Rio Theatre, Santa Cruz

EarthVision International Environmental Film Festival 2008 celebrates its 10th year of highlighting films about crucial ecological issues, providing a venue for independent filmmakers from around the world and inspiring people to get involved in creating positive change for the planet.

EarthVision 2008 will be held March 3rd – 8th, 2008 with a special screening for Act Locally on Earth Day in April. Award winning films will be screened at the Mello Center in Watsonville and at the Rio Theatre and the Veteran’s Memorial Hall in Santa Cruz. EarthVision will culminate with a celebration honoring the filmmakers and people on the front lines of the environmental movement.

The director of the documentary Hannu Hyvönen will be in Santa Cruz during the whole festival. Contact: hannu (at) elonmerkki.net
Read more:
http://www.earthvisionfest.org 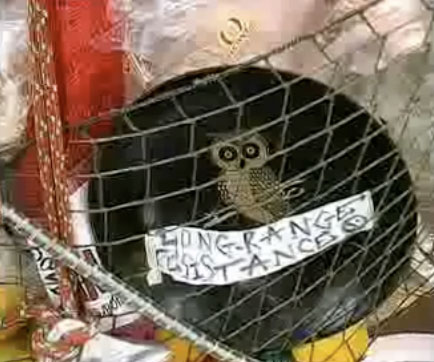 Add Your Comments
Latest Comments
Listed below are the latest comments about this post.
These comments are submitted anonymously by website visitors.
TITLE
AUTHOR
DATE
This makes me want to holler!
Danny
Wow...
Jermain
Not Merced!
campus resident
It's not nitpicking, it's facts
Craig
"Mad Rush"
Asylum Escapee
This guy is a perfect spokesperson for the movement
Craig
LAST YOIK IN SAAMI FORESTS
poster
LAST YOIK IN SAAMI FORESTS
Synopsis
Support Independent Media
We are 100% volunteer and depend on your participation to sustain our efforts!