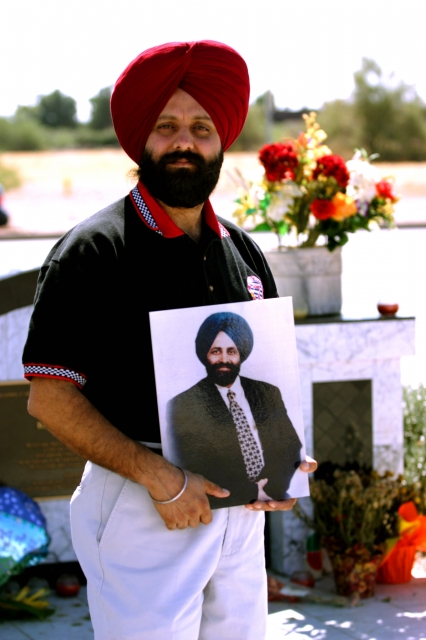 It was the first hate-based murder in the wake of September 11, 2001-one of thousands of reported and unreported hate crimes in the years that followed. The victim: a turbaned Sikh man in Mesa Arizona, where his family had sought religious freedom, searching for the American Dream. Meet a family still determined to believe in that dream, even as the nightmare continues for many religious and ethnic minorities in a climate of xenophobia and fear.

This event is free and open to the public. RSVP's recommended, email roseli_ilano [at] itvs.org
END_OF_DOCUMENT_TOKEN_TO_BE_REPLACED
Added to the calendar on Tue, Mar 11, 2008 12:55PM
Add Your Comments
Support Independent Media
We are 100% volunteer and depend on your participation to sustain our efforts!