Add an Event
Newswire
Calendar
Features
Home
Donate
From the Open-Publishing Calendar
From the Open-Publishing Newswire
Indybay Feature
Publish to Newswire
Add an Event
Related Categories: U.S. | Media Activism & Independent Media
9/11 Truth Down Under Radio Show with John Bursill and Glen Clancy March 10, 8-10pm (PST)
by Carol Brouillet
Friday Mar 7th, 2008 11:30 AM
9/11 Truth is going global. This radio show will look at the latest international developments and the upcoming 9/11 Truth Tour taking place in Australia. John Bursill is the main force behind the Sydney 9/11 Truth group and conference. Glen Clancy is a young film producer who just completed a documentary questioning the Australian government's actions, statements in regards to East Timor, the Bali Bombings, and the "War on Terrorism." 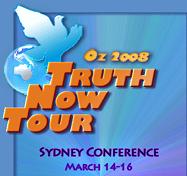 Listen 10:00- 12:00 pm (PST) to the Questioning War - Organizing Resistance radio show on WeThePeopleRadioNetwork.com and to our guests- John Bursill, Glen Clancy and others.

John Bursill is one of the principle organizers of Sydney Truth Action of Australia, which is organizing and hosting from March 14th to 16th, Oz 2008 Truth Now Tour, an International Conference, taking place in Sydney, Australia to critically examine the events of 9/11 and Australia’s participation in the War on Terror. Themed- "Did Australia go to war in Iraq and Afghanistan on a false pretext?" the event will focus on what really occurred on September 11th and what has been done in the name of September 11th by the Australian government. The conference will examine how the US and Australian governments have actively sponsored, or been complicit in the cover-up, of terrorism.

John Bursill lives in a small town outside of Sydney, and has worked for 21 years in engineering, including as a licensed aircraft maintenance engineer, (on Boeing 737, 747 and 767 series aircraft.) He has also served in the military, in the Australian Army (reserve) Infantry for 10 years, finishing up as acting Battalion Operations/Intelligence Sergeant. He has devoted much time to community service, music (his band is named Spindrift). He is almost forty, married with two young girls. He is a member of the Australian Green Party, the Returned Serviceman's League of Australia, the Australian Wilderness Society, Lions International, and Architects and Engineers for 9/11 Truth. He is passionately interested in 9/11 Truth and Justice. His hobby is motor cycles.

Glen Clancy, from Victoria, Auatralia, created a "Fool Me Twice" described as "A documentary about the Australian government's lies about the East Timor massacres, the cover-up of the Bali Bombings and subsequent anti-terror laws." The 25 year old, Clancy is Australia's Dylan Avery (of Loose Change fame). The work was originally created to be viewed online, but Clancy is working on improving the resolution for larger screen and theatrical viewing and will be premiered at the conference. He also has a double degree in arts and commerce, majoring in Japanese and Finance. He was extremely interested in politics from an early age until the Australian government committed to helping invade Iraq. Seeing Loose Change re-invigorated him and persuaded him that finally the criminals who had orchestrated the wars of the past century could finally be brought to justice. This lead him to the make Fool Me Twice. He is currently teaching English in Japan.

After discovering 911 was an inside job, through such movies as Loose Change, Terrorstorm and Zeitgeist, I decided to investigate the Bali bombings. The evidence was overwhelming. There had been a cover-up.

As shocking as the truth may be, please keep an open mind while viewing this documentary. FOOL ME TWICE is 100% sourced. Please see reference list below. I tried to produce a documentary as true to the genre as possible, limiting opinion and simply documenting the facts.

I believe that 911 Truth is one of the most important movements of our time and exposing the cover-up of the 2002 Bali bombings can help destroy the "911/War on terror/Al-CIAda" myth.

It is through the deep understanding, cooperation, research, talents of organizers, film makers, ordinary people living in extraordinary times, contributing to the consciousness raising of humanity, truth, peace and justice that there is a growing Truth Movement, which has even found voice recently in the parliaments of Japan, Europe, and the US Congress.

Additional guests will be contributing to this radio show with there insights on 9/11 Truth, the role of the Australian government in the "War on Terror" and the international movement.

Questioning War - Organizing Resistance is hosted by Carol Brouillet, a longtime activist who organized three conferences on Strategies to Transform the Global Economy and (the first) marches on her Senators and Congresswoman in January 2002 to Demand a Congressional Investigation of 9-11. She publishes the Deception Dollars, and Co-Founded the 9-11 Truth Alliance, and the Northern California 9-11 Truth Alliance . She organized premieres of films, educational events, marches, rallies for 9-11 Truth, the San Francisco International Inquiry into 9-11, and produced the film Behind Every Terrorist- There is a Bush. She is also a mother of three boys and held a weekly Listening Project in downtown Palo Alto from October 2001 to October 2007, now she holds it once a month on the 11th, in solidarity with other 9/11 Truth activists worldwide. She ran for Congress in 2006 on the Green Party ticket on a 9-11 Truth, Peace, Impeachment platform and will be on the ballot again in 2008. 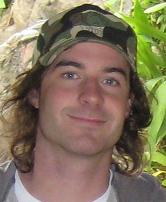 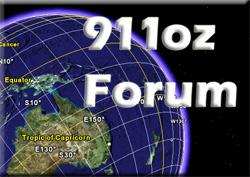 http://www.questioningwar-organizingresist...
Add Your Comments
LATEST COMMENTS ABOUT THIS ARTICLE
Listed below are the latest comments about this post.
These comments are submitted anonymously by website visitors.