Berkeley police said a preliminary investigation into the shooting of Anita Gay at 1727 Ward St., where she lived with two daughters and two granddaughters, found that Officer Rashawn Cummings had been justified in opening fire.

Gay, who according to witnesses appeared drunk, raised a 10-inch knife at her adult daughters, who were standing near the door of the apartment about 8 p.m. during an argument that prompted a 911 call, said police Sgt. Mary Kusmiss, a department spokeswoman.

Burris said Tuesday that the shooting was unnecessary and reckless.

He said several witnesses, including Gay's daughters, have told him that Gay had made a move toward the door - which was up a short flight of stairs - but had not been holding the knife when she was shot in the back.

The officer fired even though the daughters, who lived with Gay, were in the line of fire, Burris said. He said one daughter was grazed in the left eyebrow by a bullet.

Kusmiss said Gay's daughters told police that Gay did have the knife when she was shot.

A shrine has been set up on the Ward Street porch where Anita Gay was shot and killed by a Berkeley police officer.
By Mike O'MalleyPosted Mon. Feb 18, 2008--An officer responding to reports of a domestic disturbance at a south Berkeley apartment building Saturday night used deadly force on a woman who allegedly confronted the officer with a knife, according to the Berkeley Police Department.

Police first responded at about 6:40 p.m. to the apartment building in the 1700 block of Ward Street on a domestic disturbance call reporting that someone in the area was breaking windows, the Police Department reported.

Police responded to the apartment building a second time at about 8 p.m., when a woman confronted an officer with a knife, the department reported.

The officer fired his weapon in defense of another person and of himself, according to the Police Department.

The officer involved in the shooting is a five-year veteran and has been placed on administrative leave, according to the department, which did not officially release his name to the press. He has been identified in a news report quoting an unnamed police source as Rashawn Cummings, formerly with the Berkeley Police Department’s drug task force.

An investigation into the incident is ongoing, police reported.

Before she was shot and killed by a Berkeley police officer Saturday night, the 51-year-old woman raised a large kitchen-style knife at two of her daughters, endangering their lives, Berkeley police public information officer Sgt. Mary Kusmiss said on Monday.

"One can close a gap in seconds with a knife," Kusmiss said.

When the officer arrived for the second time, Kusmiss said, he found Anita Gay standing on a porch landing of the apartment holding a large kitchen-style knife. The officer brandished a gun and tried to convince Gay to drop the knife.

Two of Gay's daughters came out of the apartment door onto the landing. That's when Gay allegedly turned her attention from the officer and raised her knife at her daughters, who were standing a "few feet away," Kusmiss said.

The officer then discharged his firearm at least two times at Gay, according to Kusmiss.

Gay died at the scene.

Kusmiss said given the proximity of the suspect and her family members "the officer felt the two women's lives were imminently in danger."

Police believe Gay was responsible for the broken windows, Kusmiss said, however it was not immediately clear what had prompted the domestic dispute.

Family members told police Gay may have been under the influence of a controlled substance at the time of the incident.

Neighbors, in an interview reported in the San Francisco Chronicle, said that they had witnessed the exchange and disputed the police account, saying that they did not believe the woman was threatening the officer when she was shot.

Kusmiss said that Gay had spent time at the residence but could not confirm whether she lived in the apartment or her exact relation to the two women whom she allegedly threatened with the knife.

"We think it's important to share that no officer wants to be in the position to use deadly force, and yet all officers are trained to," said Kusmiss.

The last officer-involved shooting in Berkeley was in July 2003 when a Berkeley officer and a couple of Oakland officers shot and killed a bank robbery suspect at a Wells Fargo bank branch.

The recent case remains under investigation by Berkeley police homicide detectives and the Alameda County District Attorney's Office. The officer has been placed on administrative leave.

The porch where Gay was shot has been turned into a memorial shrine with candles, flowers and stuffed animals.
http://www.berkeleydailyplanet.com/issue/2...
Add a Comment
§Time to Shoot Back!
by Michael Treis
(mftreis3 [at] yahoo.com) Thursday Feb 21st, 2008 9:59 AM 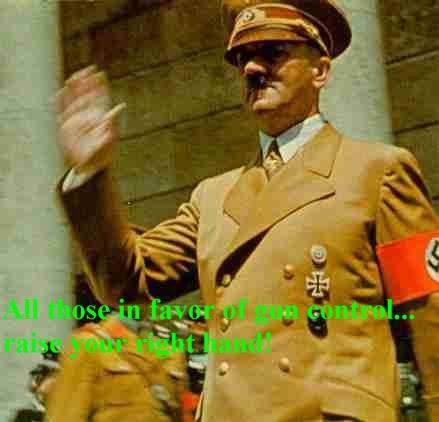 PIGS are PIGS and should be put down like dogs when they become muderious. Freedom isn't free. It is paid for by the blood of patriots and tyrants alike! When the people fear the government there is tyranny, when the government fears the people there is peace.
Add a Comment
§Sgt. Mary Kusmiss' JOB is to lie
by Aaron Aarons
(indybay [at] aarons.f-m.fm) Thursday Feb 21st, 2008 4:57 PM

Berkeley police "public information officer" Sgt. Mary Kusmiss is quoted stating as fact things she couldn't possibly know. In fact, as a cop herself she knows cops lie more often than not. So by repeating the involved cops' version of events as fact based on their word, she herself is essentially lying.

Moreover, by asserting those cops' version as fact, the Berkeley Police Department rules itself out as a body capable of doing an impartial investigation, something that every sentient being understood already, anyway.

Add a Comment
§Both sides
by Truth
Wednesday Feb 27th, 2008 11:19 AM
Police reported that 51-year-old Anita Gay was shot at least twice by a 5-year-veteran of the police force at an apartment complex at 1725 Ward St. at about 8 p.m. Saturday, after the officer responded to a report of a domestic disturbance. She died at the scene.

According to police, the officer confronted Gay, who was wielding a large kitchen knife, on the porch in front of the apartment and ordered her to drop the weapon.

Then, when two of Gay's adult daughters came out of the door and Gay turned toward them, the officer fired, police reported.

Police reported that Gay may have been under the influence of a controlled substance at the time of the incident. They also contend the use of deadly force was warranted, as the officer believed the lives of the daughters were at risk.

The use of Tasers by police, though not banned in Berkeley, was not a viable option in this case, police said.

An investigation by police and the Alameda County District Attorney's Office continues, while the officer has since been placed on standard administrative leave.

Some members of the South Berkeley community where Gay was a longtime resident have now organized a group called Justice for Anita Gay, Justice for All. They call Gay a "beloved neighborhood grandmother" and are demanding that the Berkeley City Council address residents' concerns about the conduct of Berkeley police.

Oakland civil rights attorney John Burris, who has been hired by Gay's family, said today that if his own investigation continues to hold up, "it is fairly certain that I'm going to file a lawsuit."

Burris said the lawsuit would potentially be filed on the grounds of excessive force and/or negligent conduct by the officer. He said his own interviews with family and other witnesses indicate Gay was shot in the back, and did not have a weapon in her hand at the time.

"She certainly did not have a knife and did not present a danger to anyone," Burris stated.

Burris acknowledged that there had been a domestic dispute between Gay and her daughters, and that witnesses reported that Gay seemed to be under the influence of drugs or alcohol.

"None of which justified killing her in my view," he said.

Gay, who is survived by six children and grandchildren, will be remembered by her family and friends at the South Berkeley Community Church, located at 1802 Fairview St., at 6 p.m. Thursday.


(© CBS Broadcasting Inc. All Rights Reserved. This material may not be published, broadcast, rewritten or redistributed. Bay City News contributed to this report.)

Add a Comment
§tasers kill, too
by mahtin
Wednesday Feb 27th, 2008 11:47 AM
a lot of people are concerned about this killing for a few reasons

1. similarity to the killing of Chila Amaya in Union City

2. killings by the police should not happen, and especially not with the frequency that they do occur

3. other cities such as San Jose have tried using tasers as a "less-lethal" weapon and the populace has found itself still "under the gun" as people get killed by cops who are using tasers. Even when cops combine tasers with other methods, like for example the cops might try the taser and then try shooting, they still kill people. At least they don't usually call tasers "non-lethal" that much anymore.
Add a Comment
§Where lies the problem
by Requiem
Wednesday Sep 27th, 2017 6:13 AM
Tyrants have a system of hiring low IQ people for Police force and brainwashing them and making from them killers, so They can defend the Oligarchs of the System against the abused population.
Add a Comment
Support Independent Media
We are 100% volunteer and depend on your participation to sustain our efforts!