SHAC 7 Benefit w/ Peter Young and "Behind the Mask" 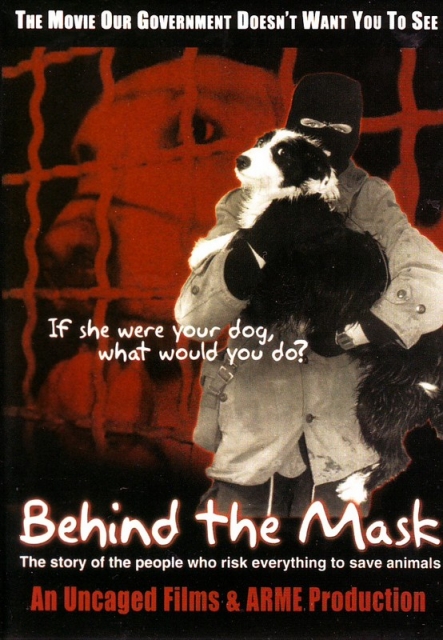 Noted animal rights activist Peter Young is going to give a talk about his experiences with the animal liberation movement followed by a screening of the film "Behind the Mask", a thought provoking film that gives an in-depth look at the lives and motivations of animal liberationists. This will be an event that leaves you wondering why there isn't more being done. SHAC 7 is comprised of six individuals whose 1st Amendment rights were violated when they were sent to prison for defending animals by merely drawing attention to the horrors that go on at an animal testing facility called Huntingdon Life Sciences.

@ Louden Nelson Community Center
301 Center Street, Santa Cruz, Ca
6 pm - 9pm
Suggested donation of $5 - $10+
(But no one will be turned away for a lack of funds. All the money made during the evening will go directly to the SHAC 7 support fund.)
END_OF_DOCUMENT_TOKEN_TO_BE_REPLACED
Added to the calendar on Sat, Feb 9, 2008 10:02PM
§Animals Rights Film Screening of "Behind the Mask" w/ Guest Speaker Peter Young
by Feb 23rd 2008 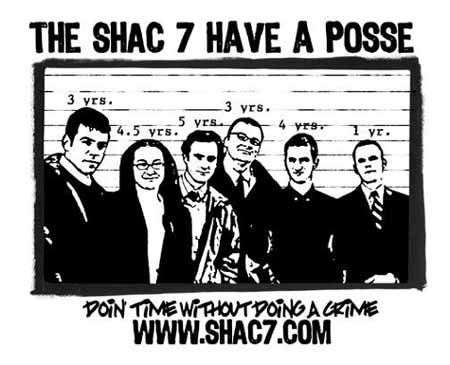 On September 12, 2006, the SHAC 7 were sentenced to lengthy prison sentences for their part in a campaign to close down notorious animal testing lab Huntington Life Sciences. None of them were accused of committing any illegal acts; they were simply accused of involvement with a website and newsletter that reported on protest activity and provided information about the lab and its supporters. The SHAC 7 are appealing their unjust sentences, and they need your support. Please write them in prison, donate, get the word out, and keep fighting!

To learn more about the case, and what you can do, visit:
http://www.SHAC7.com

WHAT IS BEING DONE ABOUT THIS?

We here in Santa Cruz are standing up to this attack against our freedom of speech and are supporting the SHAC 7. There is going to be a talk given by noted animal rights activist Peter Young about his experiences with the animal liberation movement followed by a screening of the film "Behind the Mask", a look at the lives and motivations of animal liberationists. This will be an event that leaves you wondering why there isn't more being done.

SHAC 7 Benefit
February 23, 2008 @ 6pm
Louden Nelson Community Center
301 Center Street
THIS IS A NO ADMISSION REQUIRED EVENT!
Add Your Comments
Support Independent Media
We are 100% volunteer and depend on your participation to sustain our efforts!