by James Kennedy (JamesJohnKennedy [at] yahoo.com)
The Los Angeles Department of Animal Services just released their annual report for 2007. At first glance it seems euthanasia went down. If one looks at the actual underlying numbers, things couldn't be further from the truth. Thousands of animals were merely refused at the door and thousands more died from neglect. 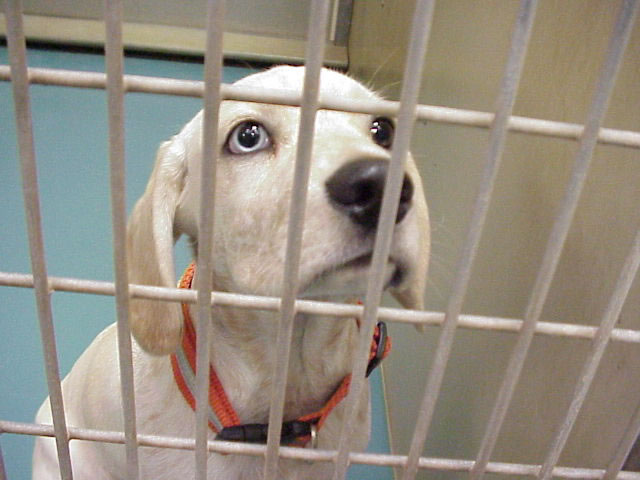 The Los Angeles Department of Animal Services just released their annual report for 2007. At first glance it seems euthanasia went down. If one looks at the actual underlying numbers, things couldn't be further from the truth. Thousands of animals were merely refused at the door and thousands more died from neglect.

The annual report states that cat and dog euthanasia decreased by 22% or 4,429 fewer died than in 2006. That sounds wonderful but unfortunately it's not true. There are many disingenuous ways to make euthanasia appear to go down, and "NoKill" Director Ed Boks uses all of them.

In 2006 Ed Boks said he needed to "fine tune" the population during the "annual spring/summer crush of neonatal turn-ins." He started an official animal refusal policy. The public ranted on Craig's list about the Department refusing to take in feral cats and kittens. These animals ended up unsterilized on the streets to make even more kittens next year.

If you look at the statistics you will see that kitten refusal started in March. By September they were refusing almost 50% of the kittens. They refused 2,400 kittens or 33% normal intake. Oddly enough other local shelters had kitten intake go up. What was Boks' reply to the "odd" drop in kitten intake? It's just an "anomaly" he said even though he announced his refusal policy in a press release.

2,400 refused kittens plus 470 more died is 2,870. That would leave a 458 "decrease" in cat euthanasia. These animals were most likely the refused feral cats. He refused trapped cats saying they had no trapping permit and he refused to give them trapping permits. Cat euthanasia didn't really go down in the real world. It would have actually gone up had he not refused animals and allowed more die.

Cat and dog euthanasia combined went down 4,229. We have just explained the 3,328 decrease in cat euthanasia. Add to that an extra 188 dogs died in 2007. To what do we attribute the rest of the decrease? If you add up all the possible outcomes for cats and dogs, i.e. adopted by the public, New Hope (given to rescue groups), stolen, euthanized, DOA, died, returned to owner, you will notice that the numbers don't add up. There are 1,500 more animals unaccounted for in 2007 than in 2006. Boks added then deleted the "missing" category two months ago. These animals are either "missing" or still in the shelter system being warehoused. This means that things did not improve at all in 2007. The chart below shows what really happened.

At the end of Ed Boks' 2007 report he basically gives excuses for the increase in animals dying. He said more are dying because they're giving them better veterinary care instead of just killing them? He goes on to state that he's doing everything any NoKill director can to improve things. He says it's now up to the volunteers and public to break through the "wall."

Even more important than what Boks mentioned in his annual report are the things he intentionally omitted. He omitted "other" animals such as birds, hamsters, reptiles and "bunnies." These animals fared much worse in every category in 2007 than before Boks arrived in 2005. "Other" adoptions are down 50%, New Hope is down 50%, died is up five times as much. 1,500 more died! Euthanasia is the same while intake was down.

"Bunny" adoptions are down, New Hope is half what it used to be, died is up 50% yet intake is the same. No wonder he didn't mention these other animals. If you add all animals, the number dying on their own has increased three fold. An extra 2,000 animals are now dying on their own, 3,351 animals total, even though total intake is down. Something is very wrong here.

Besides the actual numbers, 2007 was not a good year for the Department or Ed Boks. Boks gave his ex-girlfriend a consulting contract for $20,000. No one has even seen her report. Boks gave another female friend a consulting contract for $30,000. No one has seen that original report either. An employee summarized that report and reported nothing new. Since then the commission made a motion to make it mandatory for the commission to approve of any consultant paid over $5,000.

Boks became embroiled in the Pitbull Academy fiasco. The program itself to match parolees with pitbulls was fine but Boks started the program without any approvals from the LA Animal Services Commission, Personnel Department, Union, City Attorney or City Council. City Councilmembers scolded Boks for over an hour when they ordered him to stop the program.

Because of a Daily News article about the huge increase in animals dying the City's Chief Administrative Officer is now investigating the Department. On top of this Boks got in trouble for starting a Trap Neuter Return program without doing the mandatory environmental report. The City was just notified that it is about to be sued by a few environmental groups including Audubon because of his mistake.

City Controller Laura Chick is now auditing the financials of the Department because revenue is down and expenses up. Revenue is down because Boks gave away animals for free and didn't collect all dog license fees. Expenses are up because of the extreme warehousing of animals who need extra food and veterinary care. Audits show that Boks had these same financial problems when he worked in Arizona and New York.

The Animal Cruelty Task Force filmed a mistake filled raid which they aired on public television. They forgot to read the person their rights, destroyed some evidence, lost other evidence, forgot to show up for the hearing and killed most of the animals among other things. All charges were dropped and a lawsuit is now in the making. The Task Force will soon be on Animal Planet's "Animal Precinct" show. Hopefully they won't make these mistakes on the show and embarrass the City even more.

A recent report out of New York City where Boks worked last showed that he under reported euthanasia by 4,282 cats/dogs or 17% in 2005 alone. He stated his euth rate was 43% when he left in 2005 when it was actually over 60%. He stated his 2004 euth rate was 47% when it was really 66%. His true percentage decrease in euthanasia in New York was the lowest of any Director in the last six years.

More worrisome was the increase in owner requested euthanasia under Boks. Owner requested euthanasia went from 975 cats/dogs per year to 4,494 during his first year. One person at the Mayor's Alliance stated that this was caused by Boks' intake "methods." Boks preferred owner requested euthanasia so he wouldn't have to include it in his numbers. How many people unknowingly signed over their pet's life thinking that he or she might actually be adopted instead of just dragged to the back and killed? New York blamed Boks for the failures in New York. They have since revised his incorrect numbers.

Boks wrote a scathing affidavit for an activist group for a lawsuit against New York. He blabbed confidential information then blamed his failures on the City, Mayor, Commission and employees. That group lost the lawsuit. Boks is now blaming his failures here on the Mayor, Commission, employees, activists, the public and even kittens.

In response to these problems and more Boks has been blogging away telling everyone that he's doing everything any NoKill director can possibly do, even though he clearly is not. He's been blogging about himself in the third person saying that an unnamed "animal advocate" is now writing his blog. In early 2006 Boks started a "fan" blog called LAAnimalFriends where he touted his "success" and attacked all naysayers. He's become his own "number one fan" again it seems.

Boks performance since he arrived in Los Angeles is more than a mere disappointment. It's become surreal that he can make so many mistakes, lie pathologically and still have a job. His lack of honest progress coupled with reports of alcoholism and sexually harassing female rescuers makes one wonder why Mayor Antonio Villaraigosa supports him. Is Villaraigosa too busy campaigning for Hillary Clinton to even know what's happening back here in LA?

This story brings an even bigger concern to mind. If this Director is allowed to lie in his reports to the public, what about the Police, Fire and other Departments? Are their reports also fabricated? Is crime really down or not? What's really happening in Los Angeles? I'm starting to wonder. You should too.