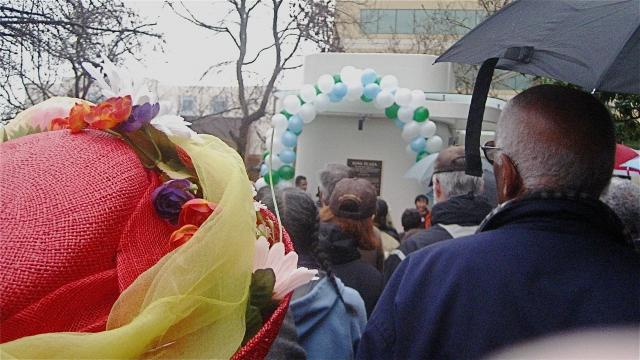 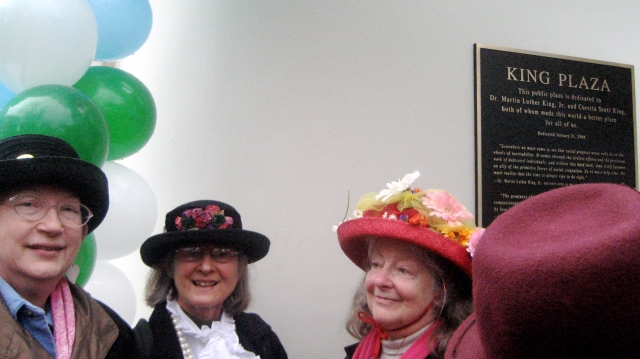 original image (2675x1504)
"This public plaque is dedicated to Martin Luther King, Jr. and Coretta Scott King, both of whom made this place a better world for all of us." 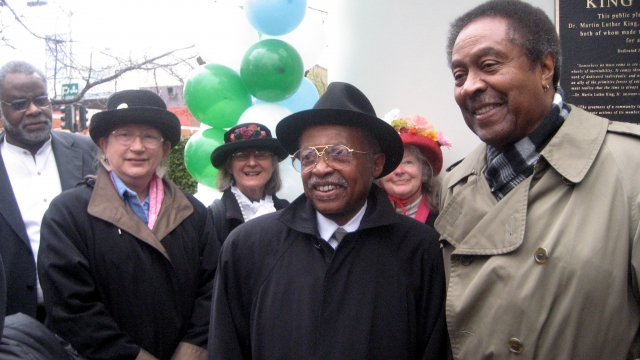 original image (2816x1584)
Center with glasses: Roy Clay Sr. who was Palo Alto's first black council member and later served as vice mayor. He is renowned in the world of IT and was elected to the Silicon Valley Engineering Hall of Fame.
http://www.RagingGrannies.com
§Hats and Umbrellas
by Raging Grannies Monday Jan 21st, 2008 9:33 PM 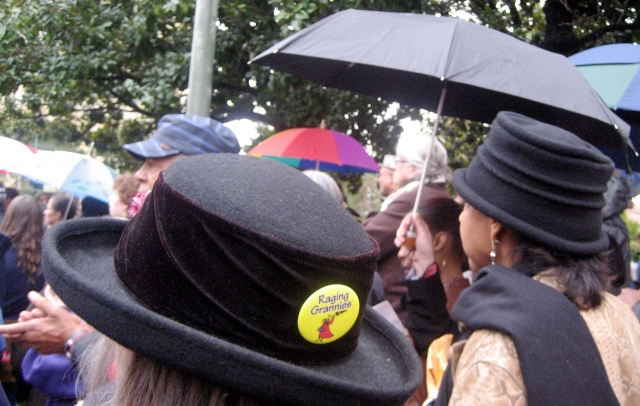 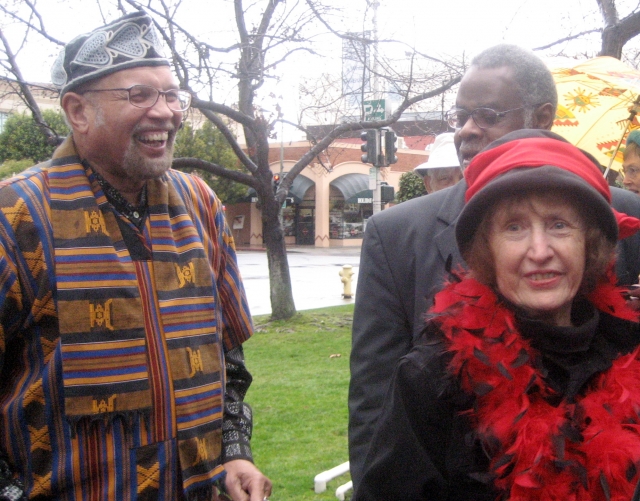 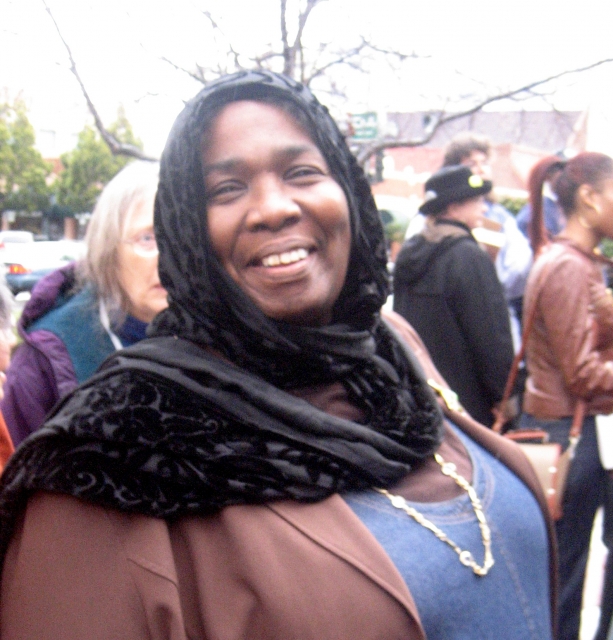 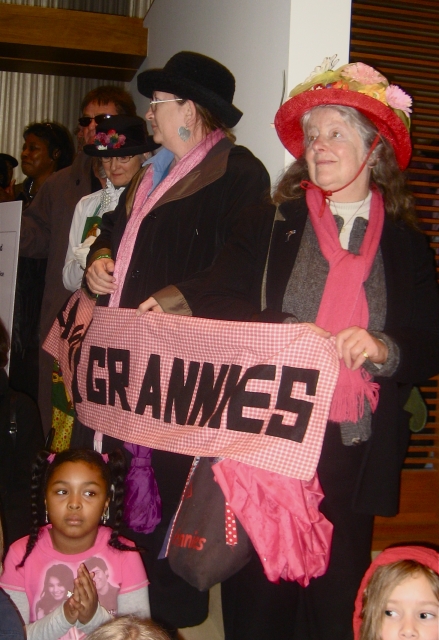 original image (1464x2131)
...enjoyed music in City Council Chambers by the Stanford Gospel Choir and student singers from Eastside Prep in East Palo Alto
http://www.RagingGrannies.com
Add Your Comments
Support Independent Media
We are 100% volunteer and depend on your participation to sustain our efforts!