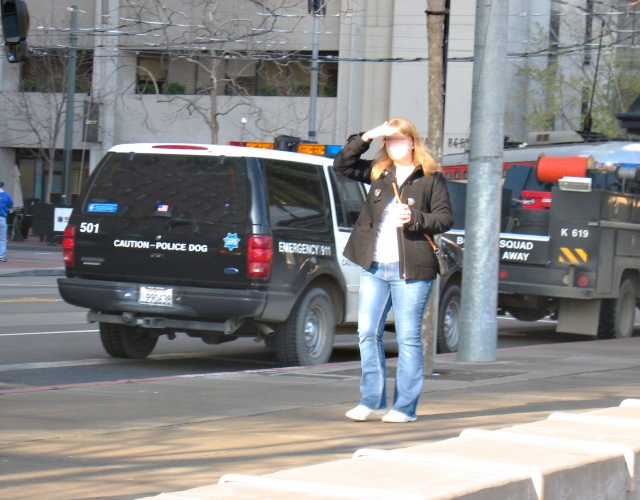 original image (1997x1563)
There was a heavy police presence at the Roe V Wade march including K9 units and the bomb squad. Were there going to be experienced clinic bombers in our midst? Why weren't we informed if so? Or is our free speech the real threat?

Prior to the event, although proximity of the prochoice and antichoice groups was mentioned as being a concern by both SFPD and SF Park & Rec , the Walk for Life was allowed to drop off two busloads of their people right at the site of the prochoice demo. They proceeded to wave huge mangled fetus signs at our crowd. The Walk for Life had a specific site to drop off their people, and our demo was most certainly not it.

We proceeded to have a peacful rally with many wonderful speakers, performers, and leaders from the Bay Area. When that was concluded, we moved out to march with the Brass Liberation Orchestra, a bike contingent and prochoice people from all parts of our community, including kids, grannies and many young women.

As we walked/rode down the Embarcadero, once again massive numbers of SFPD lined the sidewalk all the way from the Ferry building to Broadway. Don't worry though. The other side does have to pay for these special services. Although we would prefer they spend it helping immigrants, people living in poverty and providing sex education, that isn't likely to happen. Imagine how much money they spend on this march and how much good it could do helping people in need.

As happened in previous years, both sides were kept pretty much separated to the satisfaction of the SFPD. Even if you weren't carrying a sign for one side or the other, some officers appeared to think they had some way of knowing which side you belonged on, and you weren't allowed to mingle with either group.

At the end of the march, we had our traditional farewell as the Walk for Life marched off into the sunset of their latest photo opp and off to the 30 or so buses they had waiting to remove them from our City.

Thank you to everyone who participated and contributed in any way. The struggle for rights crosses many boundaries, and an injury to one is an injury to all. Reproductive Rights are not guaranteed to anyone in this country or around the world, so stand up whenever and wherever you have the opportunity. Thanks all! 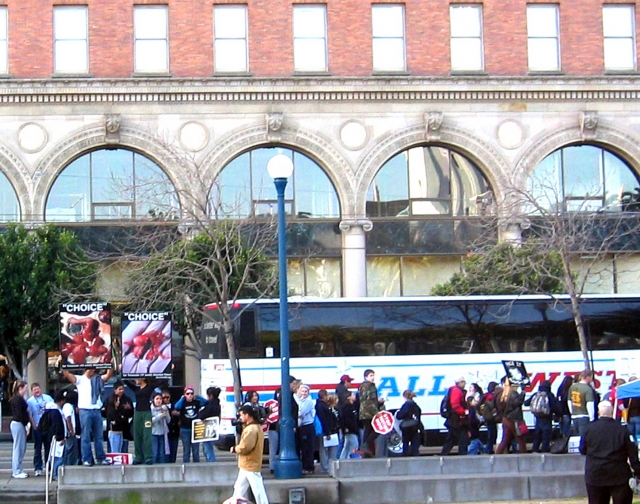 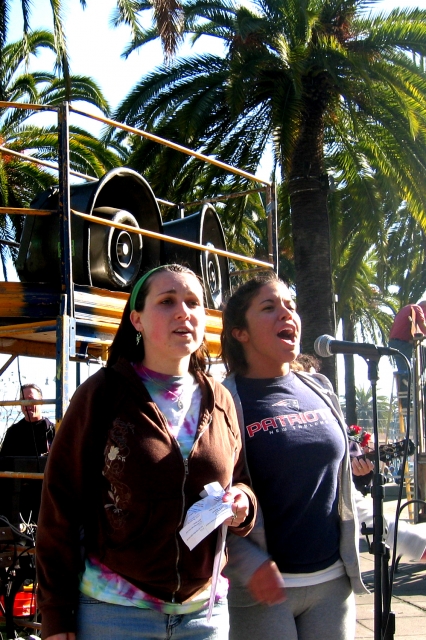 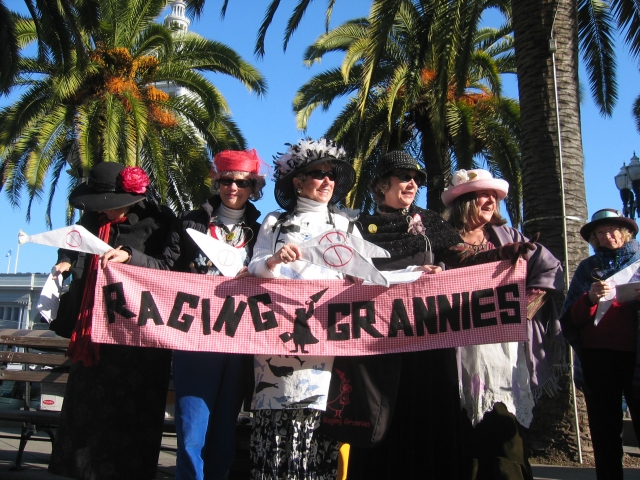 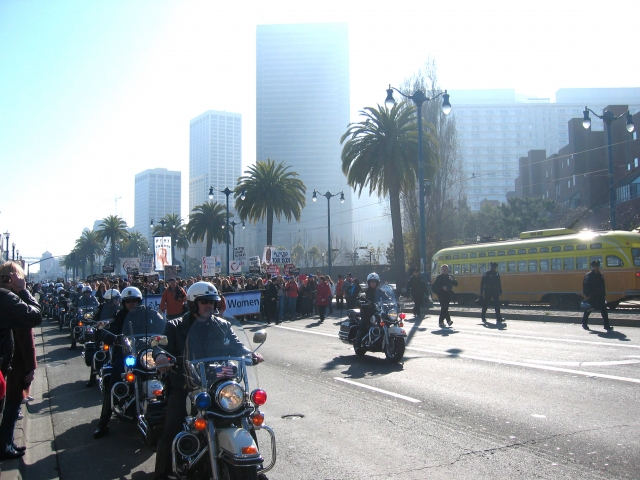 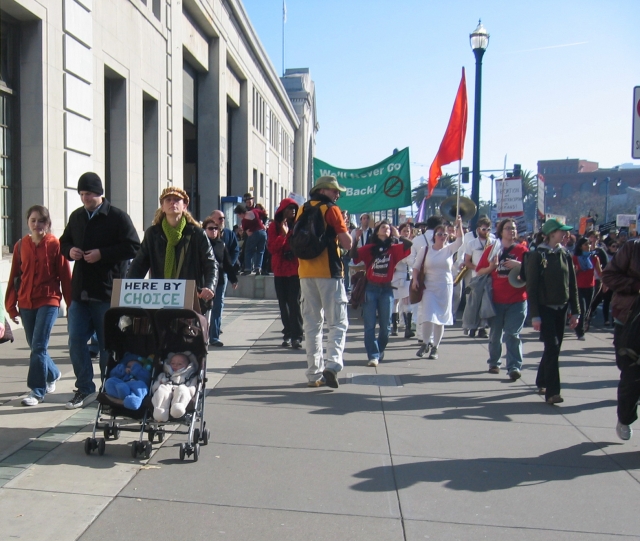 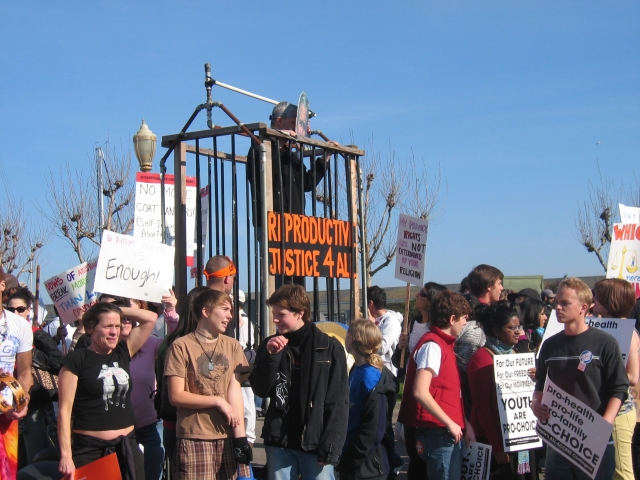 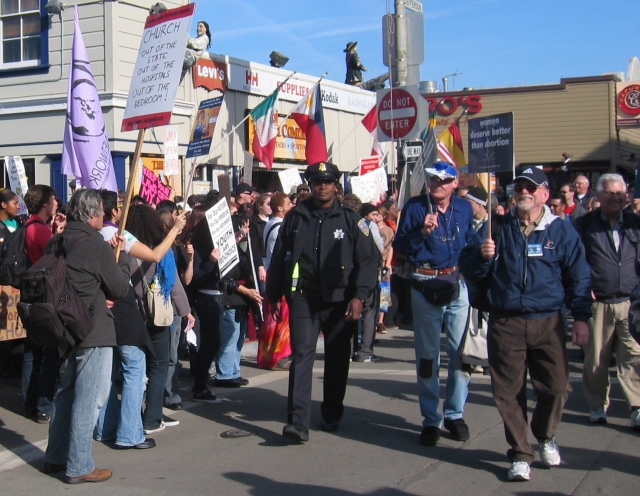 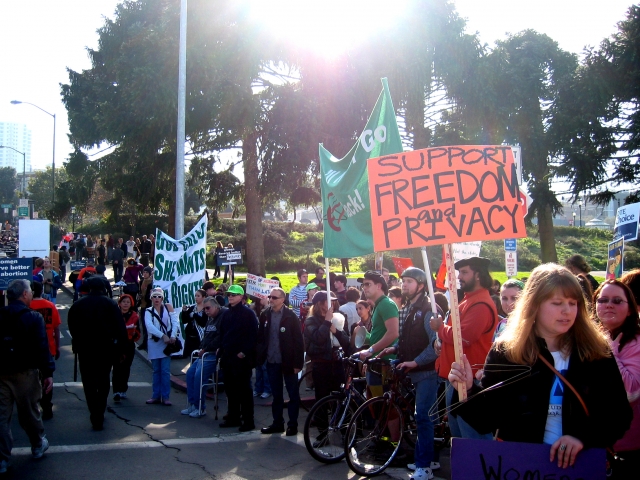 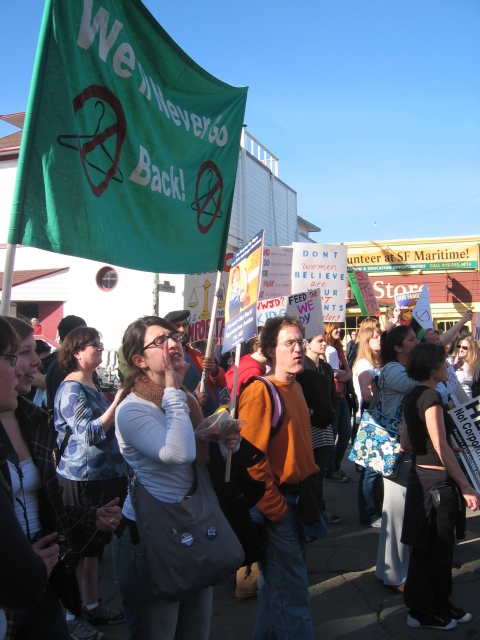 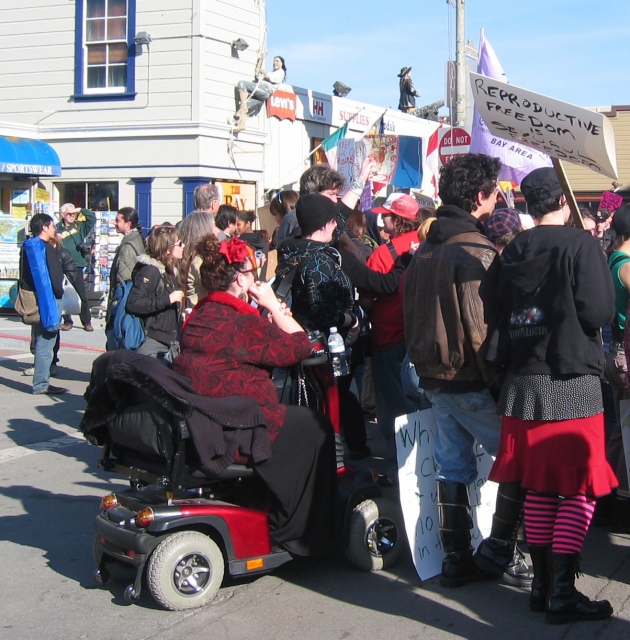 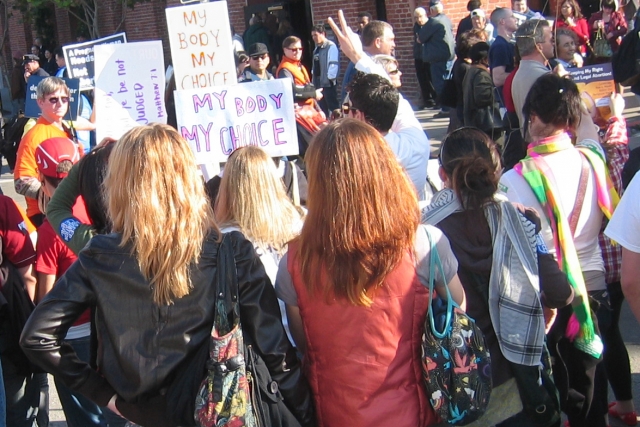 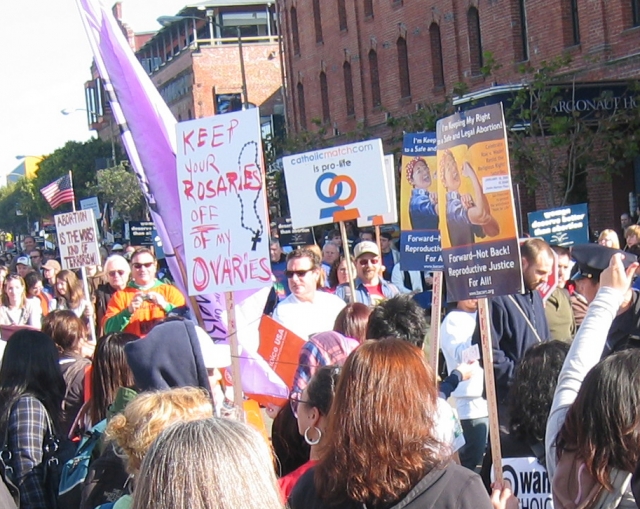 original image (913x727)
http://www.bacorr.org/
Add Your Comments
LATEST COMMENTS ABOUT THIS ARTICLE
Listed below are the latest comments about this post.
These comments are submitted anonymously by website visitors.