Add an Event
Newswire
Calendar
Features
Home
Donate
From the Open-Publishing Calendar
From the Open-Publishing Newswire
Indybay Feature
Publish to Newswire
Add an Event
Related Categories: U.S. | Government & Elections
Pimping of Black America: Why Much of the Corporate Media Supports Barack Obama
by Larry Pinkney (excerpt and link)
Thursday Jan 17th, 2008 12:53 PM
Veteran Black Panther, Larry Pinkney, describes how Barack Obama has become the darling of the corporate media and political elites who will use Obama as a Trojan horse to insure their vested interests at the expense of the people.
Pinkney advises: "Systemic change demands that we reject the superficial in favor of doing what is real. That is what this people’s struggle is all about." For Pinkney, Cynthia McKinney is the real deal. 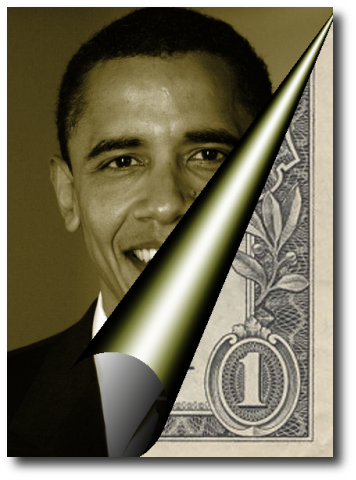 What is the current US corporate media-induced frenzy, regarding the so-called “Obama phenomenon,” really all about and why, at this juncture in history, has it become increasingly so important for corporate America’s global military/industrial apparatus to have a male face of color as the figure head at its helm?

The actual function of the US corporate media and its allies is to control, falsely depict, and shape opinion. It does not exist to inform honestly the masses of people in order that they/we might truly be an informed people making informed decisions in our own best interest. Grasping this reality is essential to understanding how and why the US corporate media acts in the fashion it does.

The perpetual objective of the US corporate media and its minions world wide is constantly to distort, disinform and thereby disempower and control. Thus, anyone who dares expose the actual avaricious interests of the corporate media and its masters, in favor of the masses of people, such as does former US Congresswoman Cynthia McKinney, is vilified, marginalized and/or ignored by said media. Cynthia McKinney is a time tested champion of the people who has demonstrated time and time again that she is no pawn of corporate America’s military/industrial complex. Like the late and beloved former US Congresswoman Shirley Chisholm, Cynthia McKinney is “unbought and unbossed.” She does not have to make a case to the American people about her ethnicity or Blackness, as the essence of who and what she is, is amply demonstrated by her many years of active commitment to the struggle for political, economic and social justice for all people: Black, Brown, Red, Yellow, and White.

Cynthia McKinney has left the morally and politically bankrupt Democratic Party in favor of building and supporting a real grass roots coalition across this nation that is committed to attaining real power for and to the people. Nevertheless, don’t plan to ascertain much about her US Presidential campaign or the concomitant "Power To The People" coalition from the US corporate media, for this is not in their interest. You will, however, learn about Cynthia McKinney’s campaign and the "Power To The People" coalition over time, as the incessant whispers of every day people grow into the roars of active political coalition building. This is all about real empowerment: exposing, stopping, and ultimately systemically reversing the insidious gains made by the de facto war profiteers and their blood-soaked and greedy corporate partners. This is not about raising false “hopes” or “dreams.” This is about people collectively and actively struggling to take control from the corporate maggots of the military/industrial complex who profit from the deprivation and misery of the vast majority of people in this nation and on this planet.

It does not take a rocket scientist to understand, immediately and intuitively, that the very same (and in many respects worse) US corporate media that overwhelmingly vilified both Dr. Martin Luther King, Jr. and Malcolm X right up to the time of their assassinations, continues today to be no friend of the majority of the people, be they Black, Brown, Red, Yellow, or even White. To the contrary, the US corporate media promotes the interests of the corporate power elite by promoting those who represent those interests.

A Black American reader of The Black Commentator recently wrote to me concerning Barack Obama: “With Obama the system is employing a bait and switch tactic. On the surface the guy looks like he represents all that is new and hopeful, but he is a product of the corporate culture and that is where his heart and interests lie.” In my opinion, this reader’s observation is correct.

When observing the cynical strategy of Barack Obama’s US Presidential campaign, particularly as it relates to Black America, and ultimately to America as a whole, I am reminded of the words of Malcolm X when he said in relevant part, “A man who tosses worms in the river isn’t necessarily a friend of the fish. All the fish who take him for a friend, who think the worm’s got no hook in it, usually end up in the frying pan.”

Be clear about this: Dr. Martin Luther King, Jr. was brutally murdered on April 4, 1968, in the context of his active and outspoken support for the massively exploited sanitation workers in Memphis, Tennessee, and his crystal clear and adamant opposition to the US war in Vietnam. Dr. King was fundamentally despised by corporate American media and the US military/industrial complex. To portray this otherwise is simply not the truth, and it is accurate that those who do not know their history assuredly are bound to repeat it. We can ill afford to be hoodwinked by the US corporate media and its allies.

Yet, when researching who US Presidential candidate Barack Obama’s campaign advisors are, it is clear that they come from corporate America and the military industrial complex and who today remain, more than ever, the de facto enemies of economically exploited and oppressed Black, Brown, Red, Yellow, and White peoples. [Reference: Obama and the American Dream, by Dr. Lenore J. Daniels, PhD, The Black Commentator, January 10, 2008, Issue 259]. We must ask ourselves: are we about to be the “fish” who “end up in the frying pan” of corporate America’s military/industrial fish fry?

Whereas Dr. Martin Luther King, Jr. abhorred the US war in Vietnam and elsewhere in the world, Barack Obama, cloaking himself in the guise of being a “peace” candidate, has repeatedly stated his support for “unilateral” US military actions in other nations. He has indicated that he opposes how the US is waging the war in Iraq, not the US waging of this bloody, illegal, and amoral war itself. It should be reiterated that Obama has clearly stated that he would wage this war “better,” more effectively. This is not the position of a candidate of PEACE. It is the position of a candidate promoting a PIECE of war.

READ THE REST AT THE BLACK COMMENTATOR:
http://www.blackcommentator.com/260/260_ke...
Add Your Comments
Support Independent Media
We are 100% volunteer and depend on your participation to sustain our efforts!