Add an Event
Newswire
Calendar
Features
Home
Donate
From the Open-Publishing Calendar
From the Open-Publishing Newswire
Indybay Feature
Publish to Newswire
Add an Event
Related Categories: Santa Cruz Indymedia | Arts + Action
And the Beat Goes On at the Cathcart Parking Lot
by ~Bradley (bradley [at] riseup.net)
Saturday Jan 12th, 2008 1:48 AM
Most people consider saxophonists, drummers, sitarists, tambourinists, guitarists and other musicians in a drum circle alongside the weekly Farmers Market to be an enjoyable aspect of the downtown Santa Cruz cultural mix, however some people interpret this musical gathering as a noisy disruption to their marketing experience.

Shortly after the November 2007 passage of a Santa Cruz law that makes it illegal to be in a parking lot or garage, unless you have a vehicle there (and then only for fifteen minutes), police officers began harassing people for playing music, sharing food and hanging out in the Cathcart Parking Lot during Farmers Market. The Cathcart Parking Lot, also called Lot No. 4, is located at the corner of Cedar Street and Cathcart Street in downtown Santa Cruz. People both inside and outside of cars have also reported surveillance and harassment by the police while they were in other parking lots.

With support from the Santa Cruz Trash Orchestra and others, musicians were able to bring the beat up a notch and maintain a drum circle during the Farmers Market on January 9th without any threats or citations from the police, despite their occasional presence. 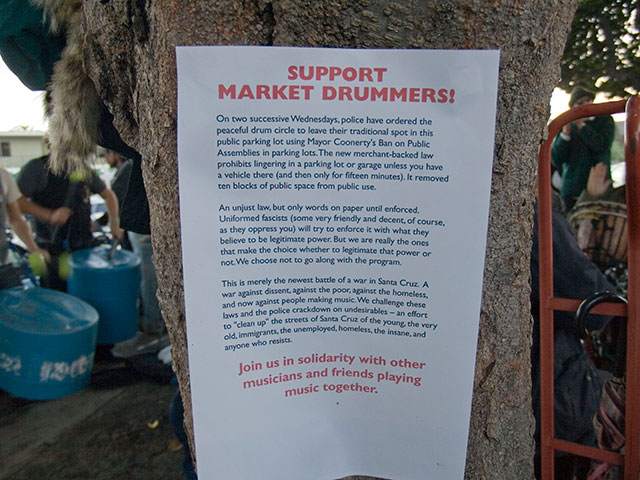 For more information on the parking lot law and drum circles during the Santa Cruz Farmers Market, see: 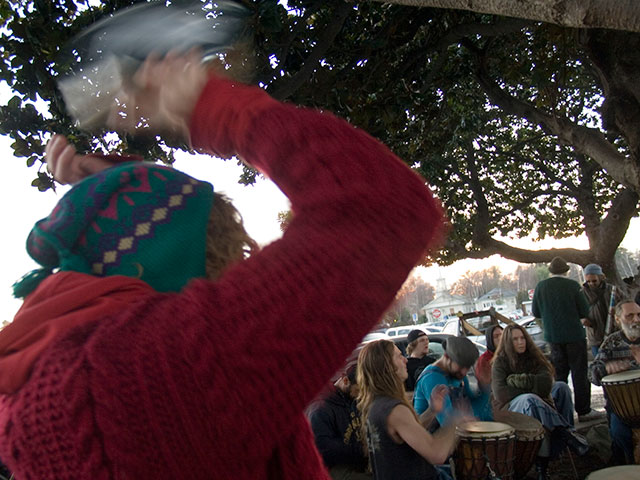 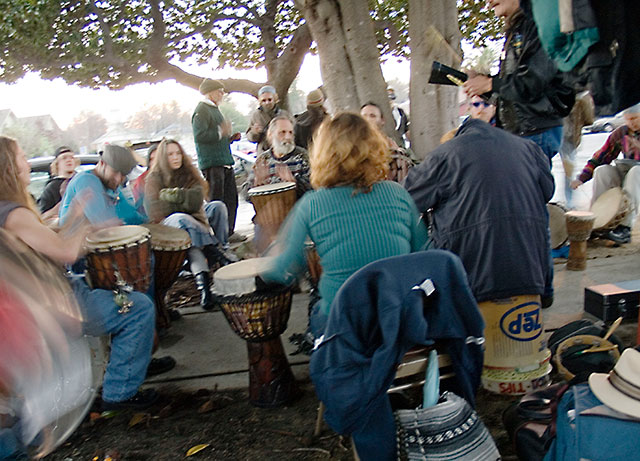 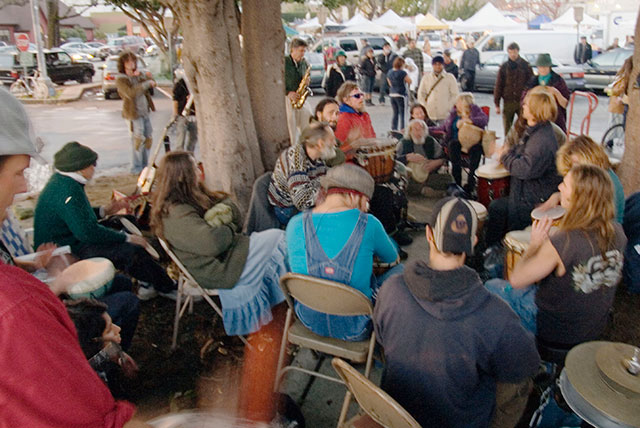 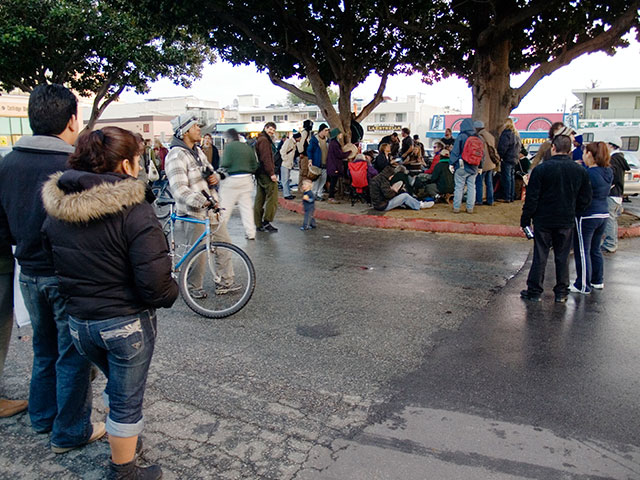 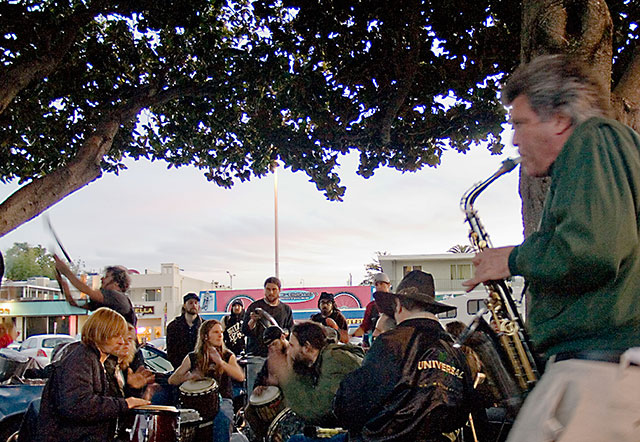 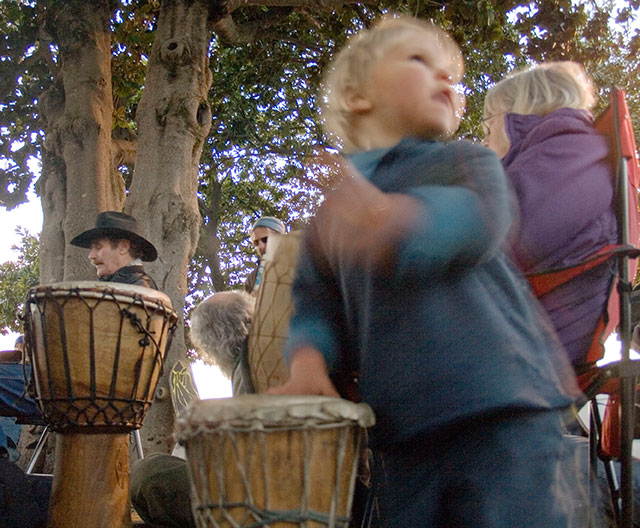 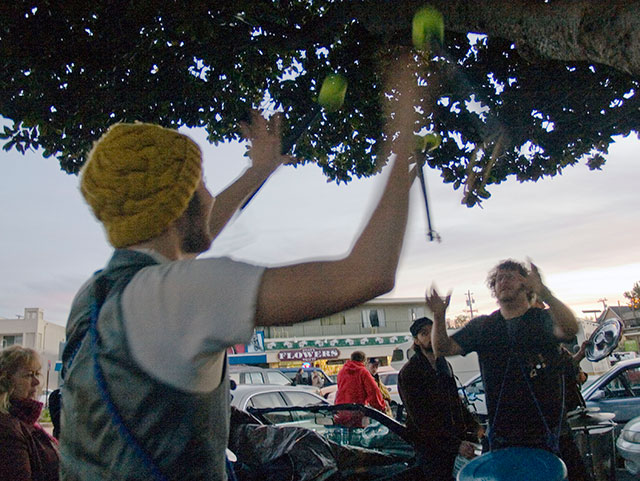 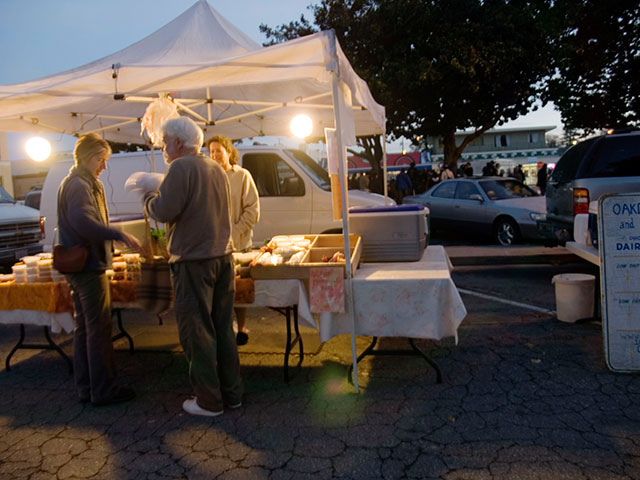 Customers at the Farmers Market purchase fresh pasta as drums resonate in the distance.
§Cars
by ~Bradley Saturday Jan 12th, 2008 1:48 AM

There was plenty of room for drivers to enter, exit and park their cars in the Cathcart Parking Lot.
§Incense
by ~Bradley Saturday Jan 12th, 2008 1:48 AM 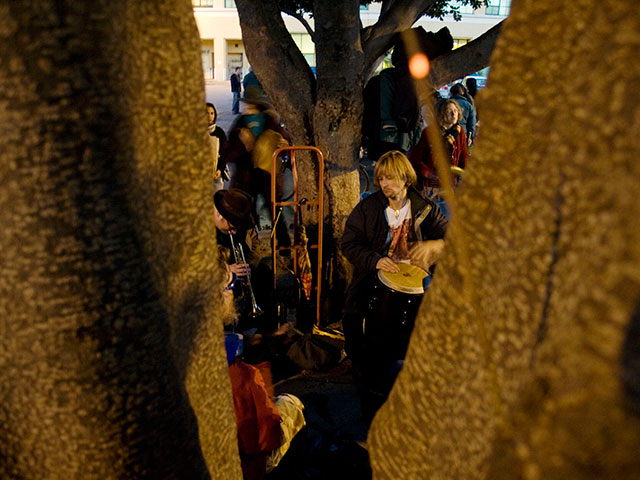 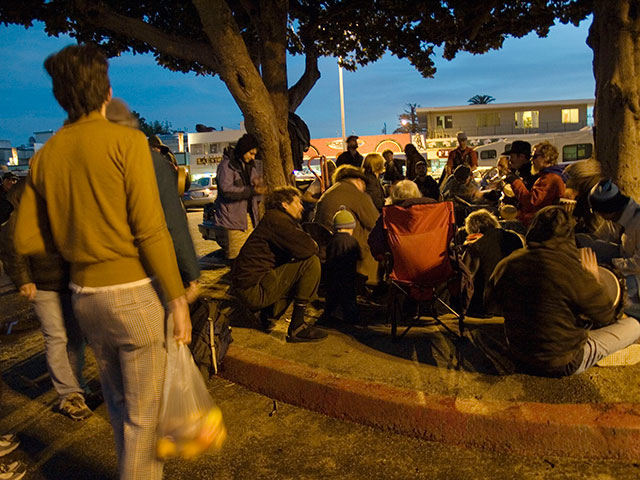 A customer of the Farmers Market takes time to enjoy the eclectic sounds.
Add Your Comments
LATEST COMMENTS ABOUT THIS ARTICLE
Listed below are the latest comments about this post.
These comments are submitted anonymously by website visitors.