The Department of Water Resources press release about the estimated impact of the Wanger decision follows my article. 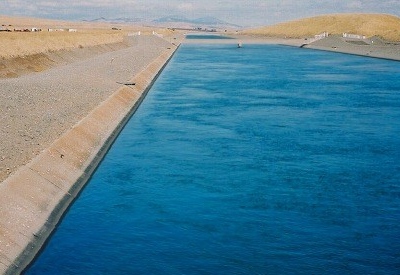 A federal judge's written order on Friday, December 14 to protect delta smelt is very welcome news for the California Delta and those who are battling to protect it, in light of the continuing collapse of the Bay-Delta ecosystem revealed by the latest DFG fish surveys.

Judge Oliver Wanger of the U.S. District Court in Fresno issued his final written order to put in place a decision he initially made on August 31. Environmental groups say this ruling will protect the smelt and the Bay-Delta Estuary ecosystem from "being further degraded by fresh water diversions."

"Judge Wanger's order for more responsible operations of the Delta pumps comes in the nick of time for the delta smelt and the delta ecosystem," said Tina Swanson, senior scientist with The Bay Institute. "Results from this year's survey show that delta smelt numbers, as well as numbers for most of the other delta fishes collected by the survey, have fallen to a new record low. We have very little time left to save this species and its ecosystem."

The smelt is a 2 to 3 inch long indicator species found only in the Bay-Delta Estuary. The species was listed as “threatened” under both the federal Endangered Species Act (ESA) and California Endangered Species Act (CESA) in 1993. The species began recovering in 1995 with the arrival of big water years, but declined dramatically after 2001 with increased exports out of the Delta.

The order follows a May 2007 decision that a federal “no jeopardy” assessment of the risk to threatened fish from massive pumps in the Sacramento-San Joaquin River Delta was illegal and must be rewritten. State and federal water project managers relied on the politically manipulated "biological opinion" by the U.S. Fish and Wildlife Service (FWS) to justify increased water exports to farms and cities south of the delta.

Annual exports increased by 25 percent from 1994-1998 and 2001-2006, draining the delta of more than 1.2 million acre-feet of additional water, according to a press release from Earthjustice. Annual exports in 2005 and 2006 were the first and third highest export levels, respectively, on record. Wintertime exports have increased by 49 percent from 1994-1998 and 2001-2006 and springtime exports have increased by 30 percent.

"Delta smelt are particularly vulnerable during winter and spring, when pre-spawning and spawning adults move into the delta for reproduction and larvae and juveniles move downstream to rearing habitat," according to Earthjustice.

"Today's order is a very important step in the effort to force California's water policy into compliance with the law," Miller said. "Nobody should be surprised by this order, nor should they be surprised to learn that the government must now take substantial steps to save the Delta and the Bay ecosystem."

Miller accused the Bush administration policy of negligence, breaking the law and politically interfering with scientific decision-making has resulted in a more “uncertain and expensive” future for the Bay-Delta Estuary.

"The Bush administration has been warned that their negligence and their head-in-the-sand mentality would lead to a crisis, and it has,” he stated. “"Make no mistake: by sacrificing the Bay-Delta and discarding common sense, the water exporters have created a more uncertain and expensive future -- not just for the Bay-Delta but for the state and the people of California."

"They interfered with the science, they refused to impose common sense solutions, and they broke the law. Today's order is a direct result of that accumulated neglect and that systematic interference with the science on which policy must be based,” Miller concluded.

Tim Quinn, executive director of the Association of California Water Agencies, reacted to the decision by saying that the order would “result in an unprecedented reduction in our statewide water supplies next year. The impacts will be significant and will likely be felt in nearly every region of the state.”

At the same time, he said, “No one wants to see further decline of the Delta smelt population. The additional monitoring required by the order will help safeguard the fish and allow us to more accurately manage the system in the short-term.”

Earthjustice filed the initial lawsuit to protect the delta smelt on behalf of NRDC, Friends of the River, California Trout, The Bay Institute, and Baykeeper.

"This order, while not perfect, will help improve the health of the San Francisco Bay-Delta by allowing more fresh water to remain in the system," said Trent Orr of Earthjustice. "Whether we know it or not, every Californian depends on keeping the delta healthy, so doing everything we can to protect this resource is just common sense."

Meanwhile, the delta smelt and other California Delta fish populations continue to plummet towards extinction, according to preliminary data from the latest fall midwater trawl survey conducted by the California Department of Fish and Game (DFG).

The population collapse has been caused by record state and federal water exports from the Sacramento-San Joaquin River Delta, the West Coast’s largest and most significant estuary. For example, State Water Project exports increased from 1.8 million acre feet of water in the 1990’s to 3.7 million acre feet of water in 2006, according to Bill Jennings, executive director of the California Sportfishing Protection Alliance.

“The majority of these water exports consist of subsidized irrigation water that goes to agribusiness for subsidized crops that require subsidies to control and dispose of their drainage water,” said Jennings.

The DFG has conducted a trawl net survey of Delta fish populations every fall for the past 40 years. This November the Delta smelt index, a relative measure of abundance, was only 5, the second lowest on record.

The fall index to date for delta smelt is only 18. Although the final results won’t be disclosed until the data for December is compiled, there is little chance that the number will go up significantly. By comparison, the total fall index was 27 in 2005 and 41 in 2006.

The longfin smelt is found in several estuaries and lakes along the northern Pacific coast of North America, but has undergone a dramatic decline in the Delta concurrent with the delta smelt’s collapse.

The California Fish and Game Commission in October rejected an emergency petition by several environmental groups to list the longfin as “endangered” after only 4 fish were found in the Delta during the summer trawl survey by the DFG.

Not only are the delta and longfin smelt in dramatic decline, but the Sacramento splittail, a native minnow, and American shad, threadfin shad and striped bass are undergoing similar collapses. The population index for the splittail, 5 in 2005 and 4 in 2006, was only 1 for the entire fall to date.

The threadfin shad, a hardy fish that surprised state and federal scientists with its precipitous decline, has a fall index to date of only 254. By contrast, the index was 2866 in fall 2005 and 2225 in fall 2006.

Central Valley chinook salmon, which have to pass through the Delta on the downstream migration to the ocean and on their upstream spawning runs, are also in steep decline after a decade of good runs. Although the exact numbers of fish that returned to spawn won’t be known until January after carcass surveys and hatchery numbers are compiled, the runs are alarming poor this fall.

Jennings is outraged that state and federal government agencies that are entrusted to take care of fish, wildlife and the environment have gone AWOL in their duty to protect natural resources. “The bottom line is that we are now witnessing a crash of our fishery resources and the state and federal government agencies are unable to exercise their ability to protect the public trust,” said Jennings.

Wanger’s order is some positive news for the estuary after a month of environmental disasters, including the San Francisco Bay oil spill, Prospect Island fish kill and the continuing crash of delta smelt, longfin smelt and other species. We must keep intense pressure on the state and federal governments to make sure that they abide by Judge Wanger's order.

The model provides a range of impacts on water exports, depending on Delta smelt migration patterns and precipitation. If 2008 is a dry year, State Water Project customers will receive seven to 22 percent less Delta water than would have been available without the court decision. If 2008 is an average water year, exports will be reduced 22 to 30 percent.

The current State Water Project allocations of 25 percent of requested water supply are based on dry year conditions and already account for these reductions. Those allocations may increase depending on precipitation, but will not increase as much as they have in past years due to the court ruling.

Federal Court Judge Wanger’s final ruling, issued on December 14, curtails Delta pumping to protect the threatened Delta smelt. The decision underscores that the Delta is at risk, both environmentally and as a source of water for most of California’s people, industry and agriculture.

This range is consistent with earlier estimates made by DWR following the court’s initial ruling in August. Following Judge Wanger’s final ruling, DWR performed additional modeling and analysis on the impacts.

The order will primarily affect export pumping between January and June, when juvenile Delta smelt are at greatest risk of entrainment in pumps. The actual impact on water supply will depend on a number of factors including the locations where adult smelt spawn and offspring hatch, levels of precipitation for the year, and water temperatures affecting how quickly the fish migrate.

The impacts on water supplies could be offset somewhat by water from the Environmental Water Account to the extent those water supplies are available this year.

DWR delivers water through the Delta to 25 million Californians and 750,000 acres of irrigated farmland.
Add Your Comments
Support Independent Media