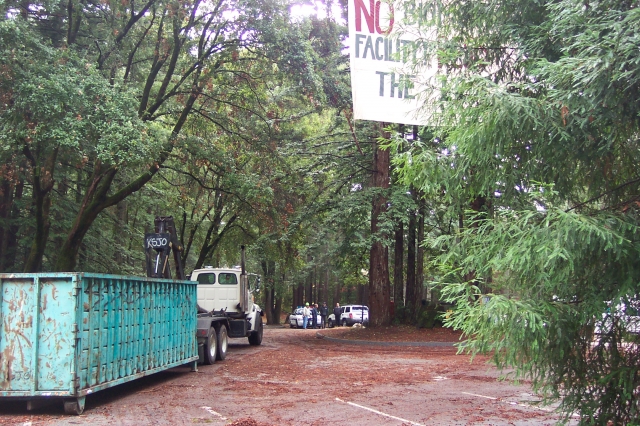 original image (2160x1440)
It seems that they came prepared for a full eviction/extraction, but decided to just lend a hand and 'clean up' a bit, instead. Garden boxes, debris shelters, a display board with information, tibetan prayer flags, pallets and banners...

It was all collected in the dumpster and carted away.

In years past, UCSC has moved during scheduled vacations to destroy contested spaces and log forest to develop land for expansion. Without being *too* speculative, it looks like this may have been an information-gathering mission, where police were able to gauge community support (who came to support and when), gain temporary access to the base of the trees, and confirm information about the setup for the three platforms. They also came out in force, with all the tools necessary for a full-scale eviction/extraction, intimidating treesitters and supporters on the ground.

In other words, they got the information they need to plan an extraction.
§banner
by danielsan Monday Dec 17th, 2007 10:19 PM 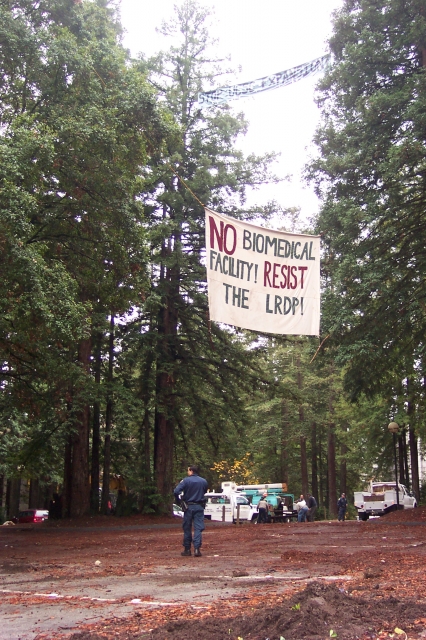 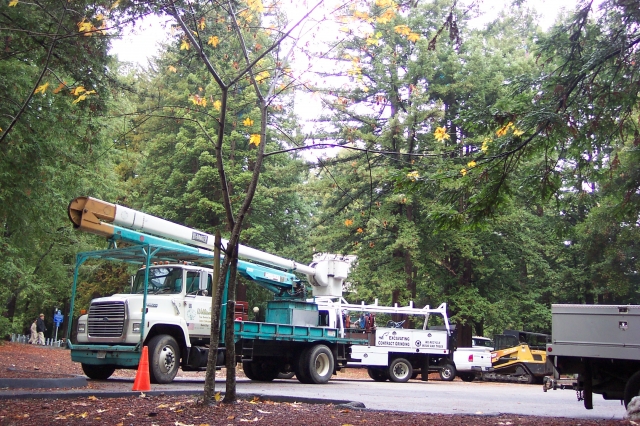 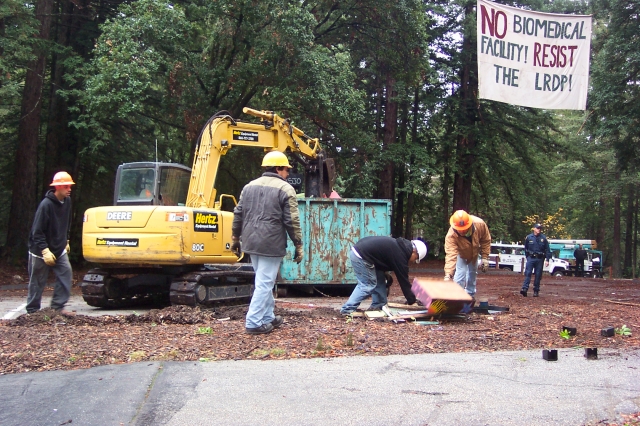 original image (2160x1440)
The police didn't do any sweeping themselves, of course. These folks pitched in and did the actual manual labor. Asked what they were doing at the site, they said cleaning up. What if they were ordered to evict the treesitters? "We'd have to do it, then" one said.
Note the presence of Officer 'Brian' the notorious political protest enforcer (and sometime plainclothes infiltrator) in the background.
§platform
by danielsan Monday Dec 17th, 2007 10:19 PM 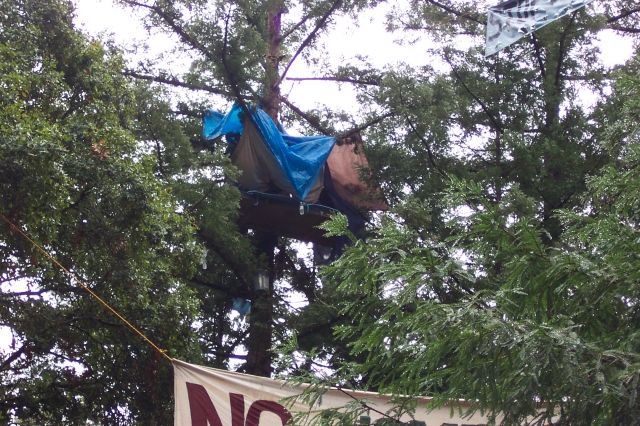 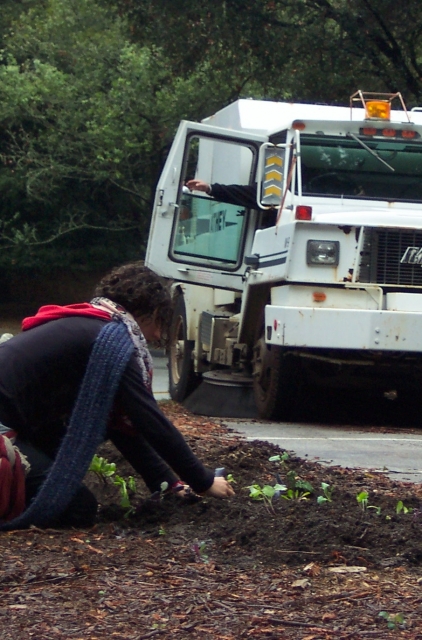 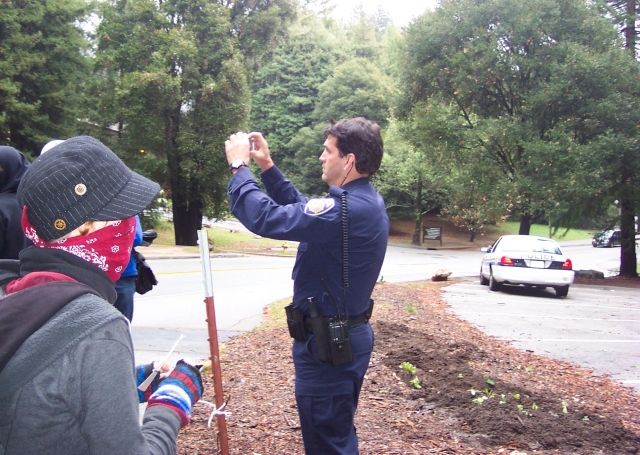 original image (1903x1355)
Some of the usual comments in other posts have dragged out the tired "if you're masked up you're a coward" provocation, usually designed to make someone take off their mask to prove something. The previous two fotos should make it obvious why tree-sitters and supporters alike hide their identity as best as possible.
§perspective
by danielsan Monday Dec 17th, 2007 10:19 PM 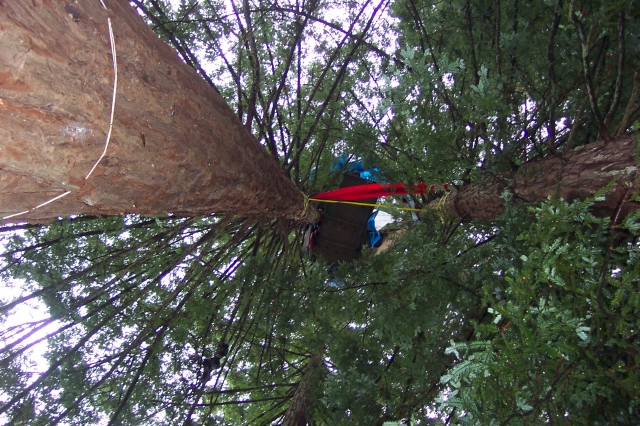 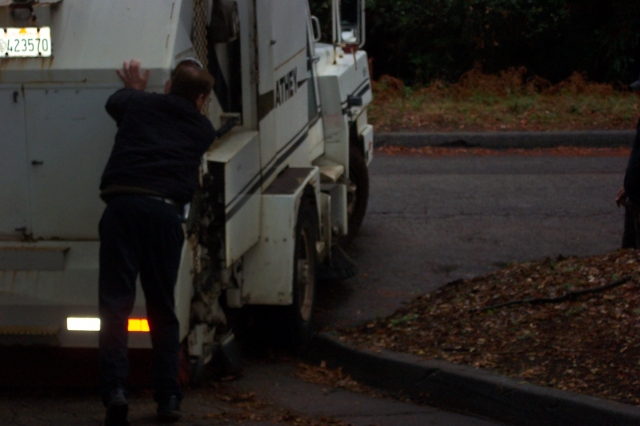 original image (2160x1440)
After an abrupt pullback, the street sweeper found itself unable to leave the parking lot, allowing for a little heckling and some unanswered offers of help pushing.
Add Your Comments
Support Independent Media
We are 100% volunteer and depend on your participation to sustain our efforts!