Add an Event
Newswire
Calendar
Features
Home
Donate
From the Open-Publishing Calendar
From the Open-Publishing Newswire
Indybay Feature
Publish to Newswire
Add an Event
Related Categories: San Francisco | Racial Justice
SF Gang Injunction Hearing "This is the Wrong Way to Address Violence!"
by Nancypili (nancy [at] homeysf.org)
Tuesday Dec 11th, 2007 10:09 PM
Supervisor Daly hosted a hearing on the contriversial SF Gang Injunctions Yesterday. Community members criticized the proposal as racist & ineffective, and called on the City to put an Injunction on Poverty! An Injunction on Gentrification! And Injunction on the Criminalization of our Youth! And to address the root causes of violence not the symptoms! 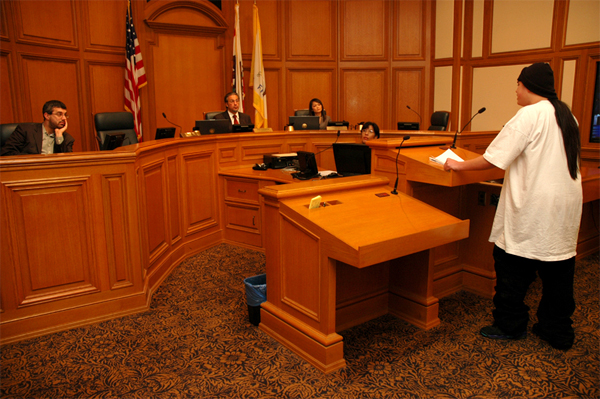 Instead of attending classes or work yesterday morning, many students, teachers, parents, and community workers attended a hearing at City Hall hosted by Supervisor Chris Daly about the SF Gang Injunctions. He intended to ask a series of questions to the City Attorney, Dennis Herrera who proposed the civil injunctions. But when Herrera saw the questions he backed out and send his press secretary to sit in the hot seat for him!

The hearing room, and the overflow room, and Daly's office were filled at 10am on a Monday morning with people who took time out from their lives to come listen and speak out on the impacts of the injunctions on Bayview, the Mission, and the Fillmore.

Public comment lasted until 2:15 in the afternoon! We heard stories of police misconduct, racial profiling, gentrification, poverty, lack of resources, and failing schools. Many called the injunction a "band-aid solution" and demanded the City do some thing REAL to prevent violence in our communities. Not just move the problems out of the way of developers and gentrifyers, not just arrest more people, not just kick people out of their communities, but actually take steps to stop violence at it's roots.

A woman told a blood-boiling story of the police storming her home on Thanksgiving day, pulling her out of the shower, forcing her to put her hands in the air at gunpoint as they beat her nephew for no crime committed, but having his name on a list of supposed "Gang Members".

A young man came up to the podium with his wife carrying their sleeping 2-year old son, and said that he has no gang affiliations, no criminal record, a family and a full time job, but his name was placed on the list. "How do I get off this list?" he asked the Supervisors.

People demanded:
~> a moratorium on the injunctions
~> more money for prevention services
~> clear & fair criteria to get on the list
~> Services for people on list
~> Clear process to get off the list
~> Investigation of police misconduct
~> outlawing future injunctions


We got hella media coverage:
~> 2 articles in the Chronicle
~> Front page of the City Star
~> Article in the Examiner
~> Channel 7 news
~> KCBS radio 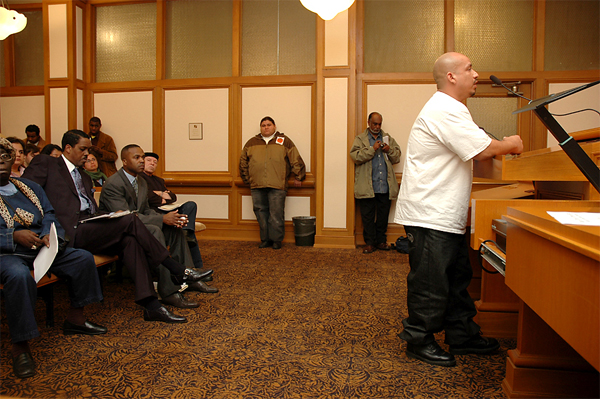 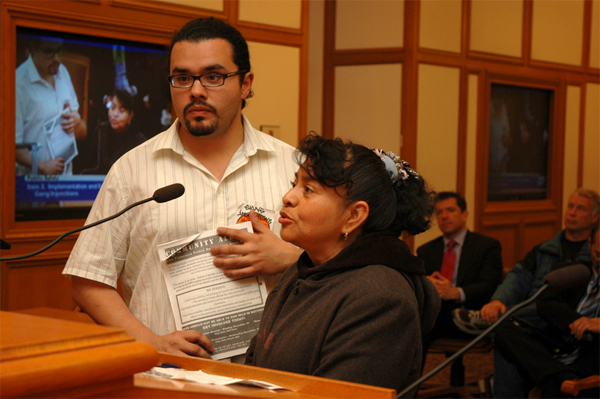 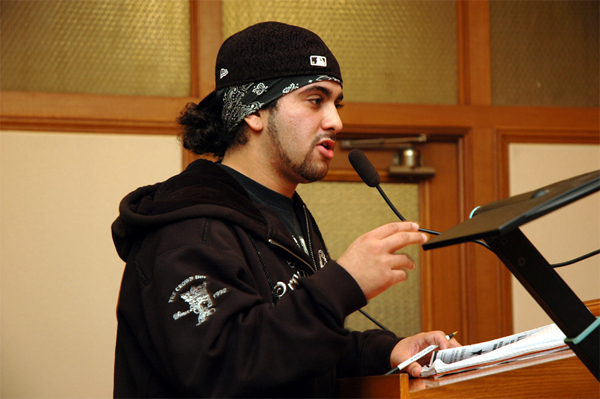 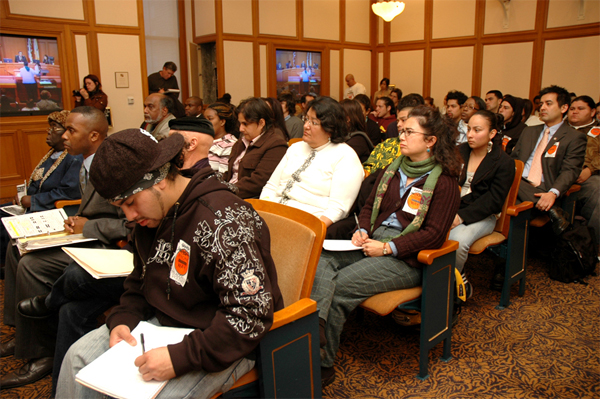 http://www.homeysf.org
Add Your Comments
Support Independent Media
We are 100% volunteer and depend on your participation to sustain our efforts!