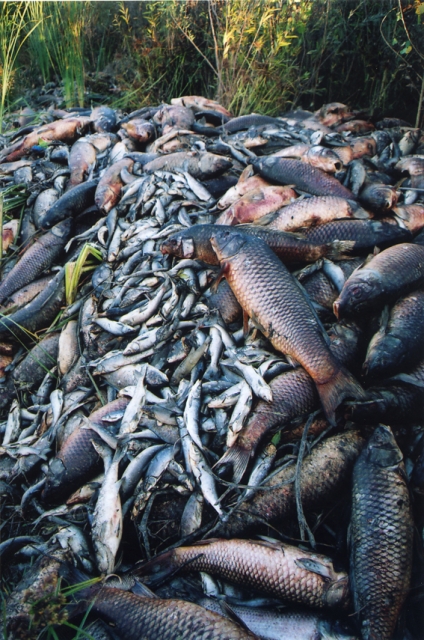 Bureau of Reclamation and DFG staff met today with Bob McDaris, owner of Cliff's Marina in Freeport, Bob Simms, KFBK Radio Outdoor Program host and Jerry Nash, local angler, at the Bureau of Reclamation offices on Cottage Way. A total of 15 people showed up for the meeting.

Jeff McCracken, Bureau spokesman, said he had already consulted with the Solicitor's office and the Department of Justice to get the go-ahead for the rescue.

McDaris explained that he already had a pipe ready to transport fish through from the island to Miner Slough, so he could begin the rescue this afternoon. The volunteers will transport the fish in ice chests or small kid's swimming pool placed on ATVs and send them through the pipes into the slough. McDaris and volunteers are also ready to install another pipe to put oxygen in the water at the island.

When I went to the Slough with McDaris on Wednesday, the vast majority of fish that were still alive were striped bass. Jeff Nash also reported big schools of threadfin shad and silversides in a sump on the island.

Terry Foreman, Fisheries Program Manager of the DFG’s Fisheries Branch, urged caution in doing the fish rescue to make sure that the fish were transferred into the slough alive. "If the fish die after being released, it won't look good," he said.

In response to a direct question by McDaris, "Can we do the rescue today?," Foreman said that he couldn't give approval since the levee repair was a Bureau project, not a state project.

"We're giving you information," said Foreman. "We are not giving you permission to do the fish rescue. We are just consulting with you before you do it."

He made it clear that the DFG wouldn't have staff assisting with the rescue, but that game wardens would be on site during the rescue.

In response to questions by Bob Simms and this reporter about how many fish that the DFG estimates have died so far on the island, he said, "According to Nancy Foley of DFG, tens of thousands have died."

Bob Simms also noted that prior to McDaris and John Soto discovering the big fish kill on the island, he and other anglers witnessed lots of dead fish including small crappie, bluegill and threadfin shad coming out of the pipe where the water from the island was being pumped out.

I was frankly surprised that the DFG, rather than encouraging the effort and being glad that volunteers were making a big effort to save the fish, appeared to have a negative attitude about anglers doing the rescue. I understand that liability and safety are big concerns, but if I was DFG director, I would jump at the chance to work with concerned conservationists like Bob McNaris, Jerry Nash and others after a disaster like that of the Prospect Island fish kill had occurred.

I explained to Foreman and other staff that I had participated in a similar rescue effort several years ago at Jones Tract in the California Delta, a collaborative effort by the DFG, California Striped Bass Association and the Fishery Foundation of California. We rescued striped bass, black bass and other fish with no visibile mortality, at least while I was there. It was a very low tech effort - we caught the fish on lures, took them off the hook, ran over to the other side of the levee, and put the fish in the slough.

It all comes down to the old maxim: "Where there's a will, there's a way."

In my opinion, folks like McDaris, Nash, Soto and other volunteers are real modern day environmental heroes for (1) bringing the fish kill to the media and public attention and (2) making a persistent effort, in spite of bureaucratic inertia, to save some of the remaining fish.

Meanwhile, the state and federal governments are doing investigations into the fish skill, but right now there are still hundreds, if not thousands, of fish that can be saved.

The Bureau of Reclamation is requiring volunteers to sign waiver forms to do the rescue. Bureau safety personnel are also consulting with the volunteers to make sure that they practice safey while at the rescue site.

This afternoon will be the "practice session" for the rescue and tomorrow the fish rescue will be in full swing all day. For more information, call Bob McDaris, owner of Cliff's Marina in Freeport, cell 916-769-8047 or office 916-665-1611. You can go to http://www.rescuethefish.org and http://www.fishsniffer.com for updates on this rescue effort and the fish kill.
§Stripers Still Alive
by Dan Bacher Friday Nov 30th, 2007 3:08 PM 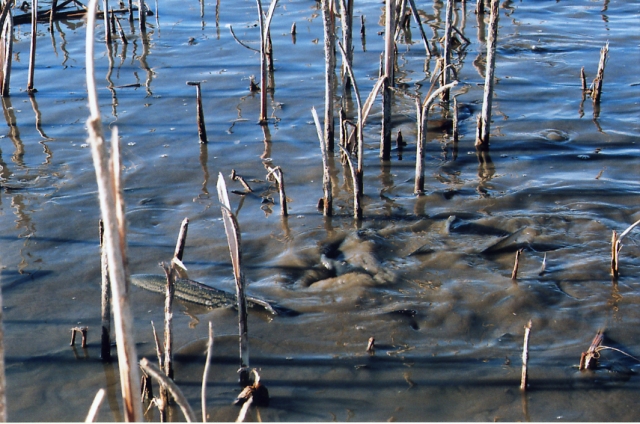 original image (855x567)
Volunteers began an operation this afternoon to rescue the remaining fish on Prospect Island, including these striped bass.
Photo by Dan Bacher.
§One of Thousands
by Dan Bacher Friday Nov 30th, 2007 3:08 PM 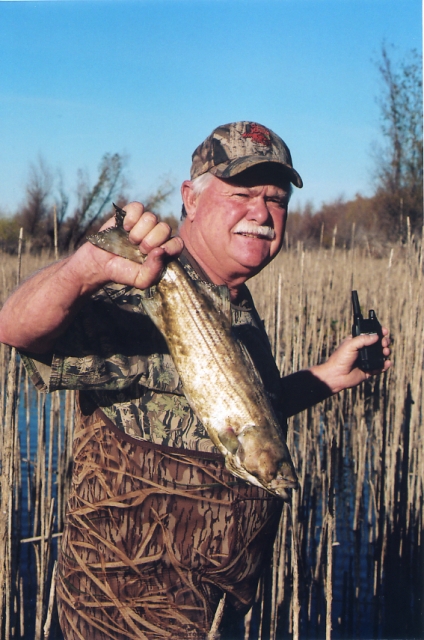 original image (567x855)
This striped bass, held by Bob McDaris, is one of the tens of thousands of fish that perished on Prospect Island during a levee repair authorized by the Bureau of Reclamation.
Photo by Dan Bacher.
§Live Striper
by Dan Bacher Friday Nov 30th, 2007 3:08 PM 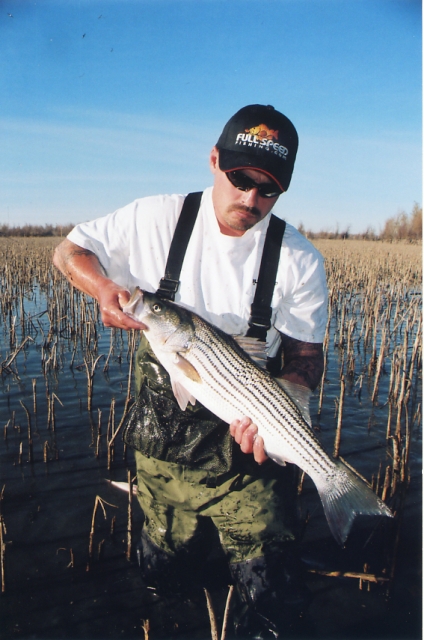 original image (567x855)
Fish like this striper are among the hundreds, if not thousands, of fish still alive on Prospect Island.
Photo by Dan Bacher.
§More Dead Fish
by Dan Bacher Friday Nov 30th, 2007 3:08 PM 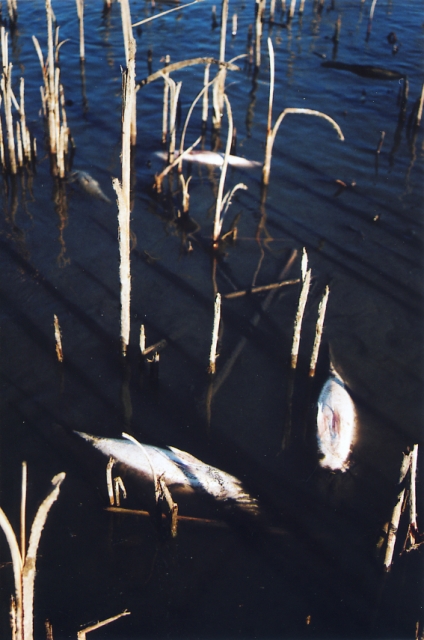 original image (567x855)
In spite of four days of work by a clean-up crew on the island, there are still lots and lots of dead fish like these rotting in the water. The amount of fish that died over the past week is simply stunning, rivaling or exceeding the Klamath River adult fish kill of 2002, though the Delta fish are a variety of species, rather than the king salmon that made up the overwhelming majority of fish that perished on the Klamath.
Photo by Dan Bacher.
Add Your Comments
Support Independent Media
We are 100% volunteer and depend on your participation to sustain our efforts!