Add an Event
Newswire
Calendar
Features
Home
Donate
From the Open-Publishing Calendar
From the Open-Publishing Newswire
Indybay Feature
Publish to Newswire
Add an Event
Related Categories: East Bay | Anti-War | Education & Student Activism
Waterboarding Torture Demonsted at UC Berkeley
by Felix Barrett / Revolution Newspaper
Thursday Nov 15th, 2007 9:45 PM
Several hundred students gathered on Sproul Plaza at the University of California Berkeley on Wednesday November 14. Many had seen the poster for the demonstration around the campus, which read, “The new Attorney General Michael Mukasey is not sure whether waterboarding is torture or not… watch and decide for yourself.” 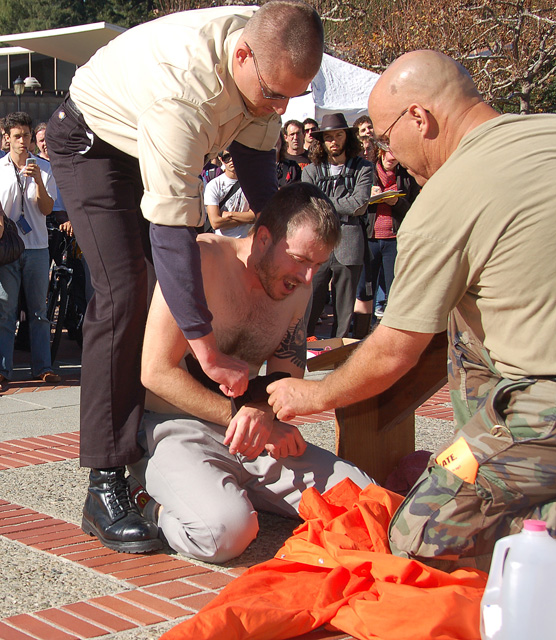 Suddenly, after several speeches, a man was grabbed out of the crowd my two men with closely cropped hair in military-style clothes and black gloves. The man was brutalized, slapped, and had his head covered with a black hood. “What’s happening to me?” he asks, clearly terrorized.

“Give us the names! What is Omar’s last name,” one of the men in military gear says shouting his face just inches from the hooded prisoner.

“I don’t have any names. I was at a conference,” the man pleads. He is roughly forced to put on an orange jump suit and placed head down on an inclined wood board. A towel is placed over his head and several gallons of water are poured over his face. The man begins to gag.

“You like that? You like that? That was the hard way. You want to breathe? Give us the names!” the interrogator again demands. The man can only cough and gasp for air. The interrogators turn to someone dressed as a CIA agent, who gives the nod to continue. He is pushed back down on the board and given another gallon of water in the face.

Waterboarding is often called “simulated drowning”, as if it were simply a way of frightening people under interrogation. But there is nothing simulated about it. A person is strapped to a board, with a cloth covering his face. Large quantities of water poured onto the fabric fill the lungs and the victim slowly suffocates. Malcolm Nance, who worked at a US Navy school teaching the technique, wrote in The Small Wars Journal, “How much the victim is to drown depends on the desired result and the obstinacy of the subject. A team doctor watches the quantity of water that is ingested and for the physiological signs which shown when the drowning effect goes from painful psychological experience to horrific, suffocating punishment, to the final death spiral. For the uninitiated, it is horrifying to watch…. When done right, it is controlled death.”

Ava, a UC Berkeley student, said after watching the demonstration at UC Berkeley, “I was aware of it on a purely intellectual level but actually seeing it in person is a whole different thing. It’s one thing to know its torture and say that’s really bad, that really sucks. But to see somebody screaming and coughing and choking in front of you, it’s a very emotional experience. I went to a few rallies and things like that before the Iraq War, but then after the war launched I kind of stopped. Which is bad but I plan to go on to the protest on Friday. After seeing that I can’t really justify staying a home on Friday.” 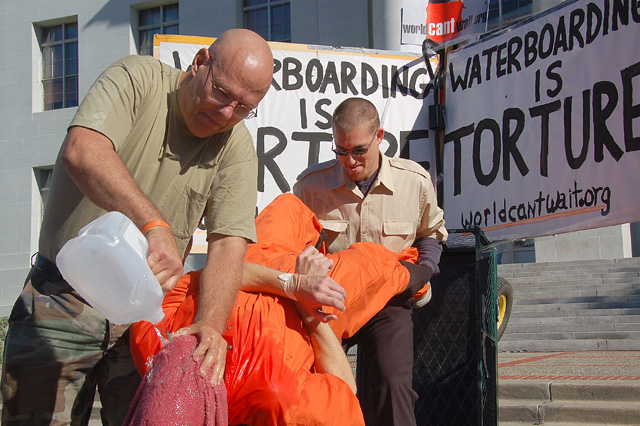 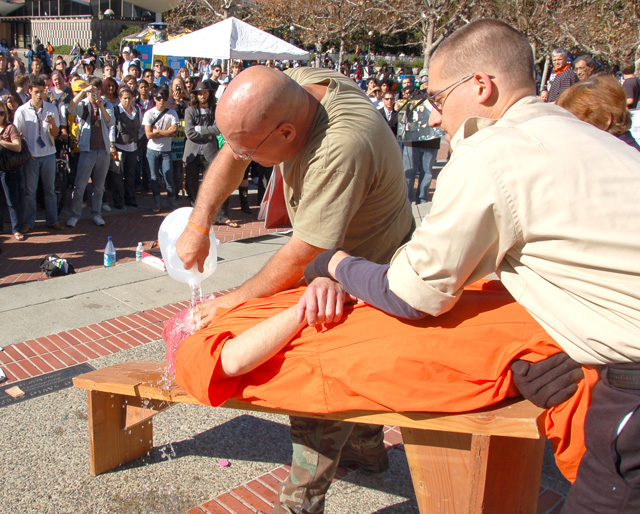 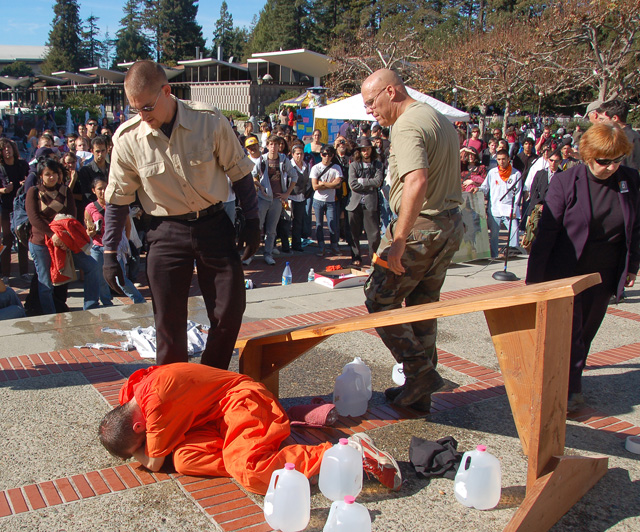 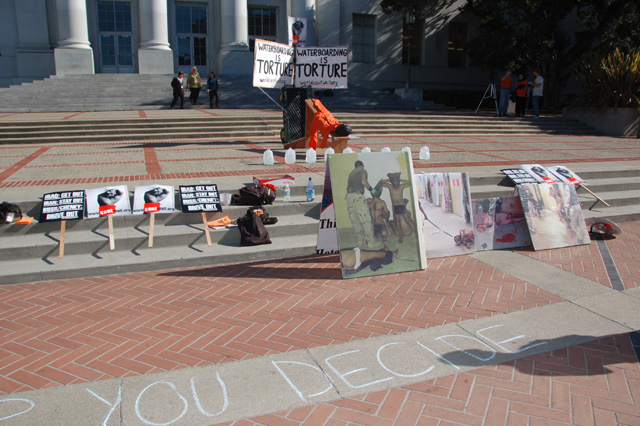 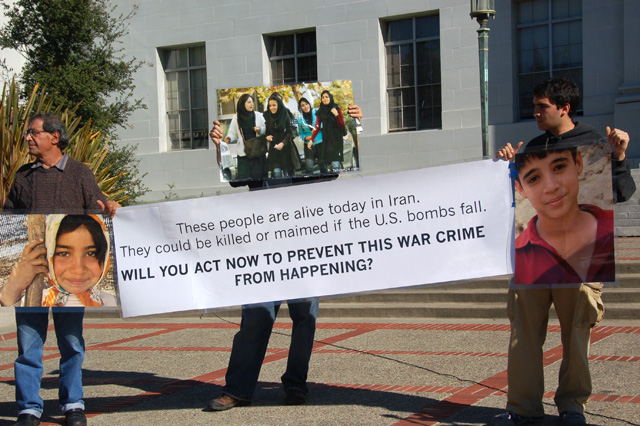