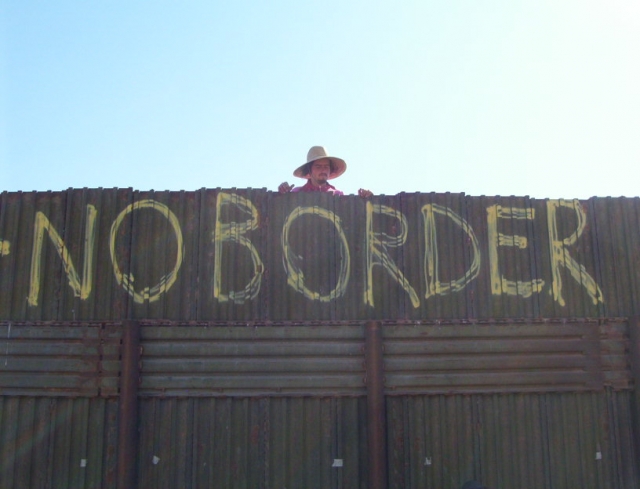 original image (816x624)
I got to the NO Borders Camp late. It was an amazing sight, out in the desert, hundreds of people with only a big metal wall going through the camp. Activists were busy organizing, holding workshops and holding a meeting at the end of the fence. The border patrol was out in force and had intimidated the group many times, but generally did not stop the camp from functioning. They let people cross from the US to the Mexican side but not back. One had to walk three miles to the official crossing. But people could share food and items across the border.

We were late but we were just in time to go to a tour of the Holtville cemetery. There is a normal cemetery and behind it there is a large dirt field filled with unclaimed bodies, mostly they are of immigrants who died crossing the border. Each person is represented by a brick; most say "John Doe." A guy from the Border Angels gave an explanation and we laid crosses and flowers on the graves. It was a very sad experience.
§
by tristan Wednesday Nov 14th, 2007 12:23 PM 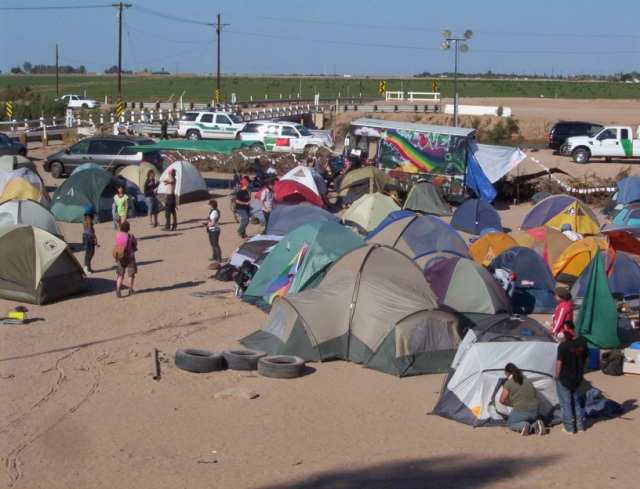 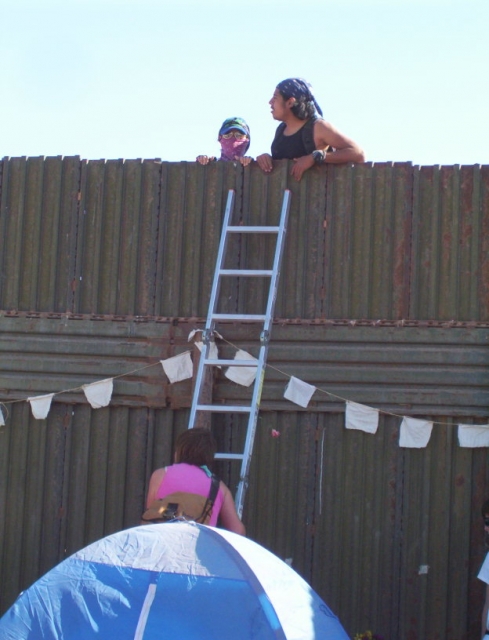 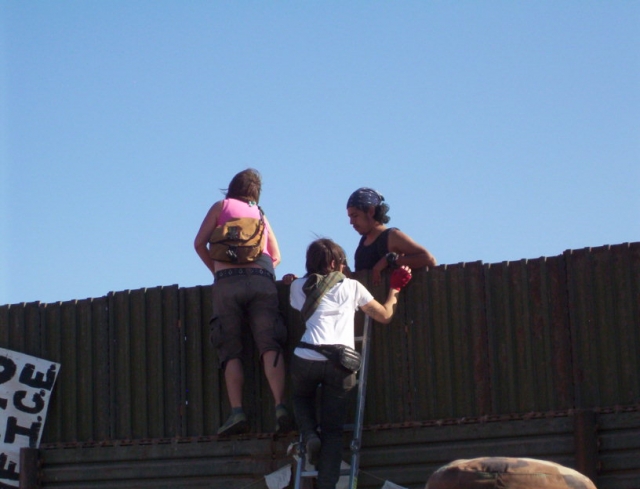 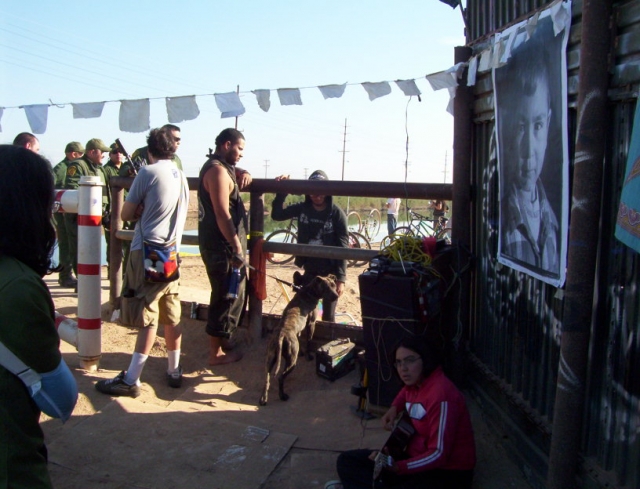 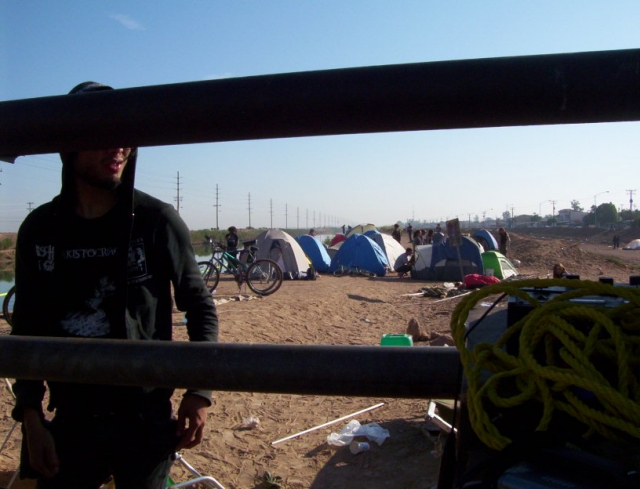 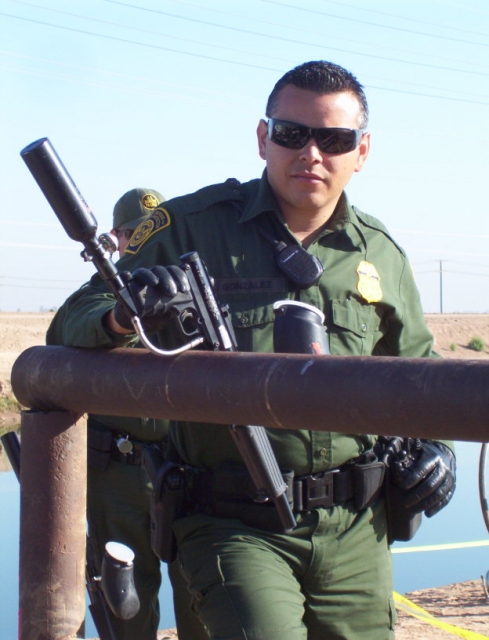 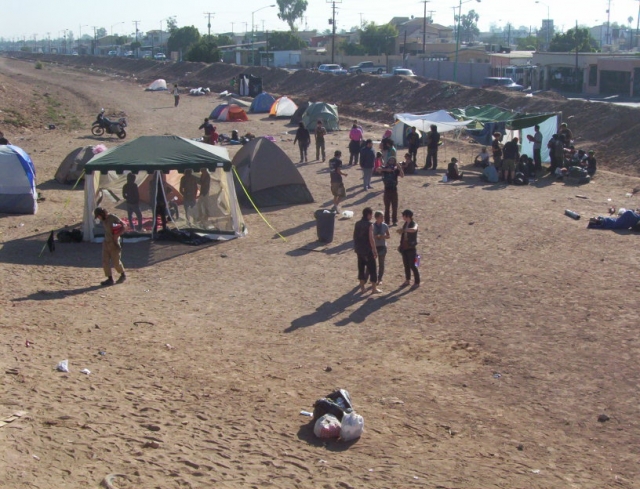 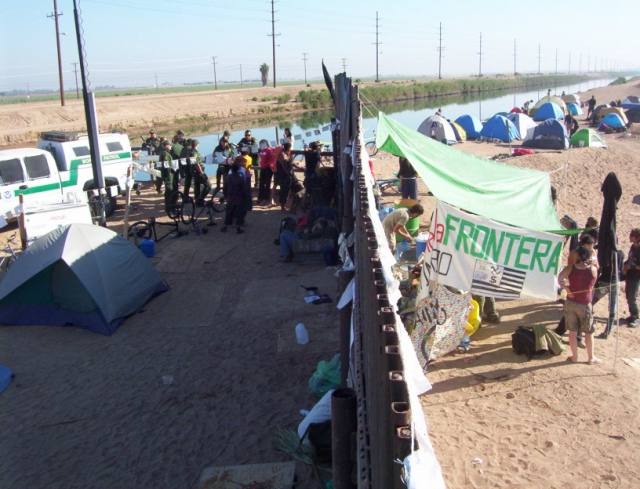 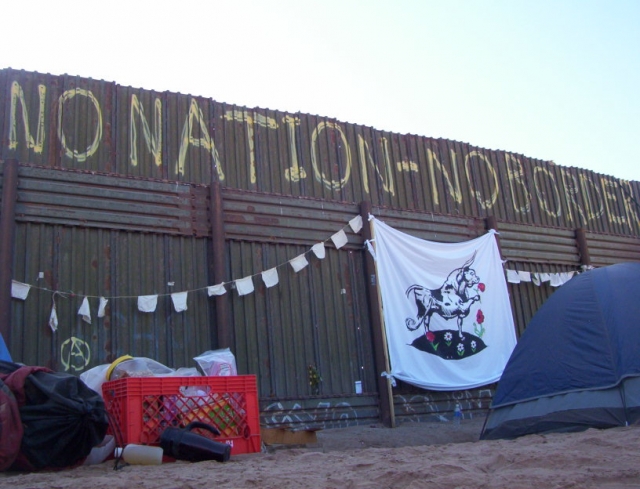 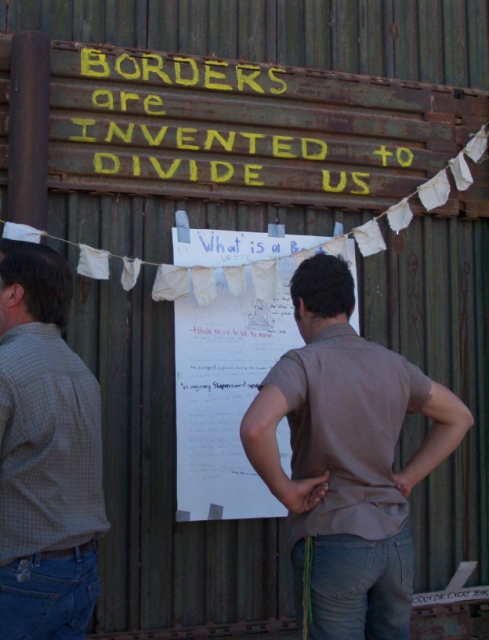 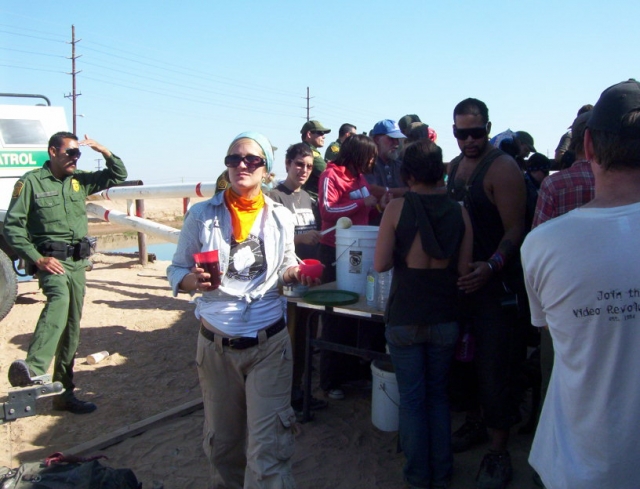 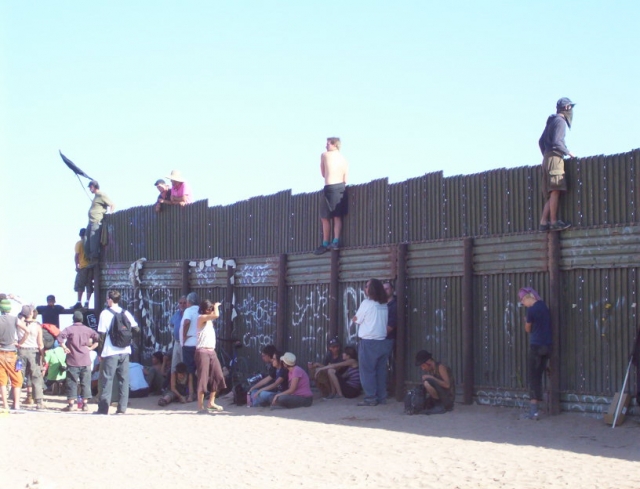 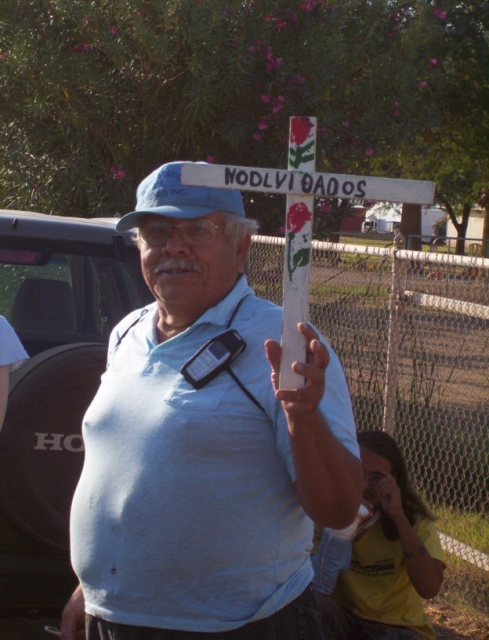 original image (624x816)
At the Holtville Cemetery a local resident holds up a cross ("not forgotten") as he explains about the people who have died crossing the border.
§
by tristan Wednesday Nov 14th, 2007 12:23 PM 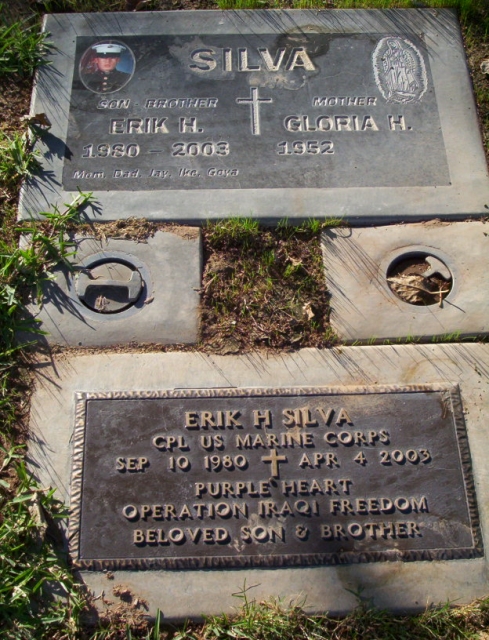 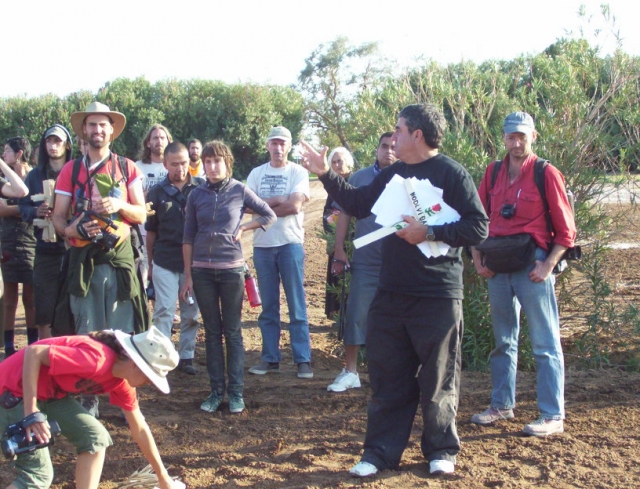 original image (816x624)
Explanation from a guy from the Border Angels. He told how they come to remember and put flowers and crosses on the graves and write to the families if they can.
§
by tristan Wednesday Nov 14th, 2007 12:23 PM 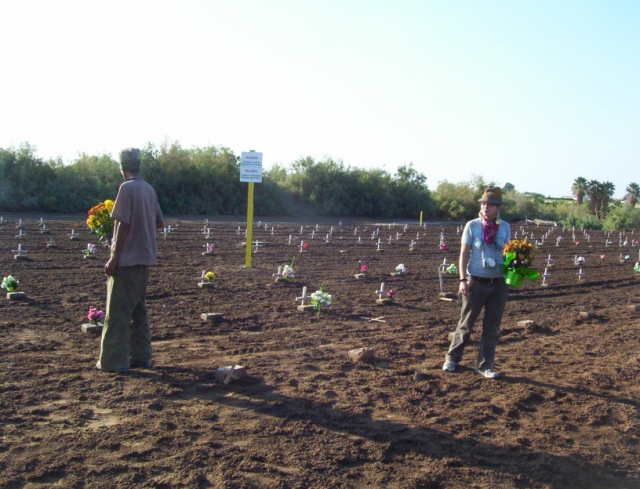 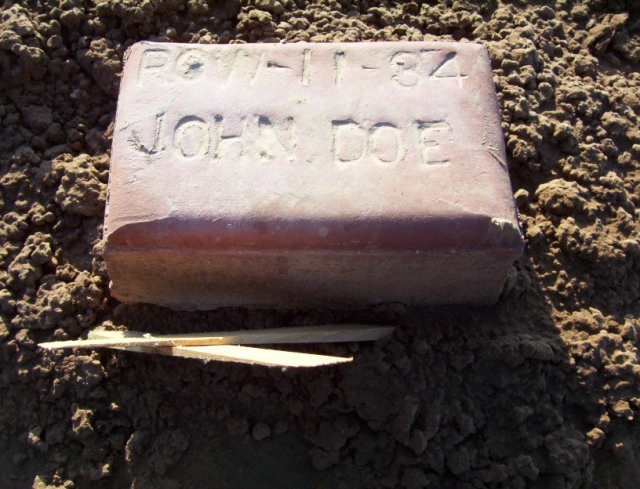 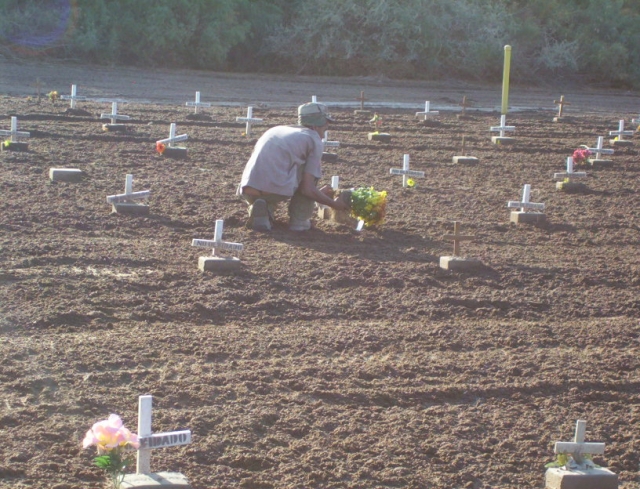 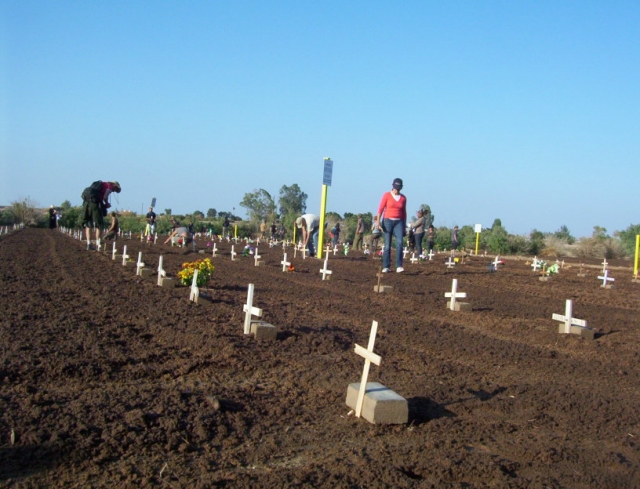 original image (816x624)
Walking between the graves of so many who died in the desert of river.
Add Your Comments
Support Independent Media
We are 100% volunteer and depend on your participation to sustain our efforts!