Art from the U.S. Side of the No Borders Camp

by panda
Sampling of art from the U.S. side of the No Borders Camp. 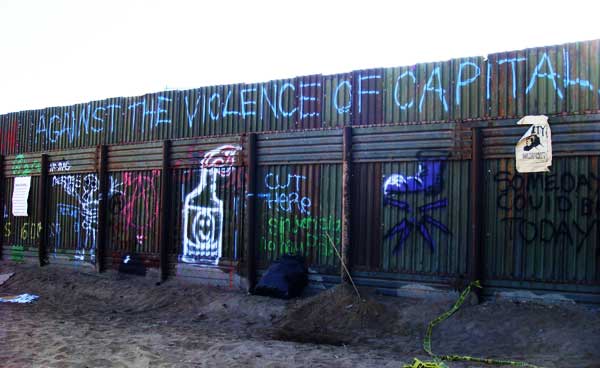 The Mexicali side of the fence had awesome graffiti on the wall as well.
§White Flags
by panda 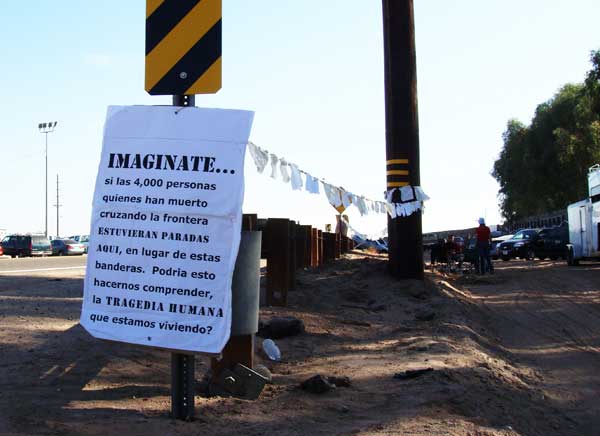 White flags draped around the camp symbolize each person who's died crossing the border since 1997, approximately 4,000. White flags will continue to be added.
§Life is Precious
by panda 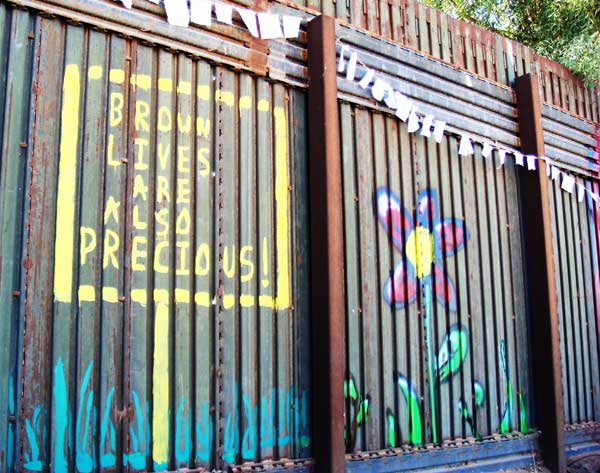 §The Future
by panda 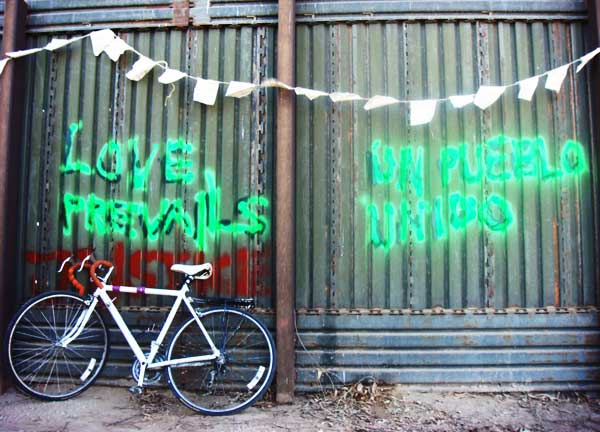 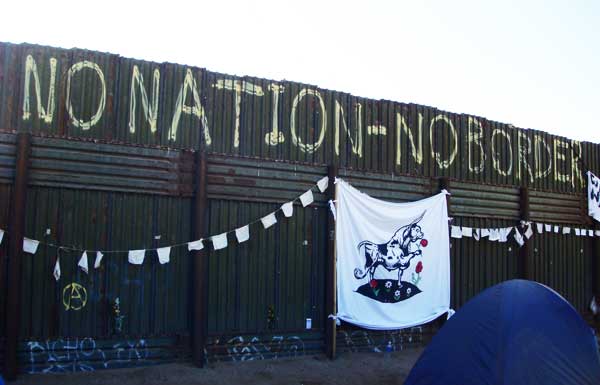 §In Memorial
by panda 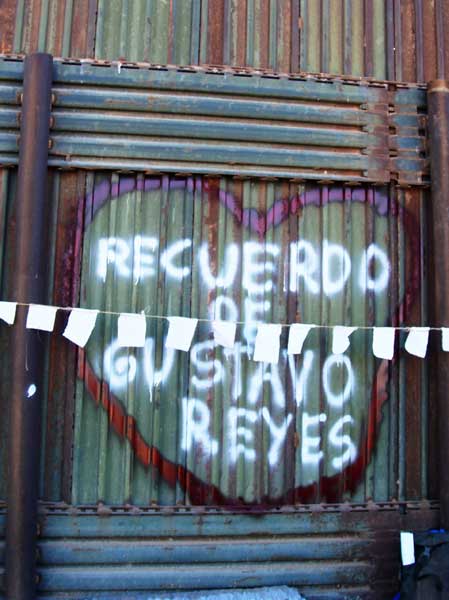 §Flowers on the Wall
by panda 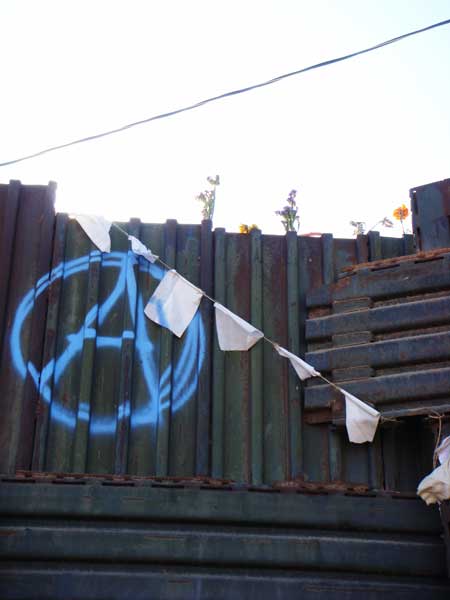 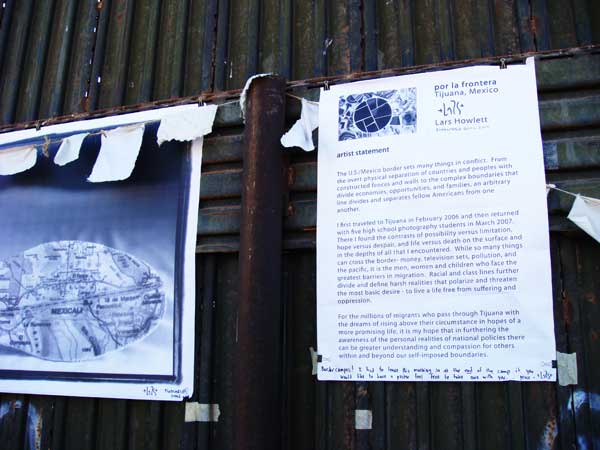 The U.S./Mexico border sets many things in conflict. From the overt physical separation of countries and peoples with constructed fences and walls to the complex boundaries that divide economies, opportunities, and families, an arbitrary line divides and separates fellow Americans from one another.

I first traveled to Tijuana in February 2006 and then returned with five high school photography students in March 2007. There I found the contrasts of possibility versus limitation, hope versus despair, and life versus death on the surface and in the depths of all that I encountered. While so many things can cross the border- money, television sets, pollution, and the pacific, it is the men, women and children who face the greatest barriers in migration. Racial and class lines further divide and define harsh realities that polarize and threaten the most basic desire - to live a life free from suffering and oppression.

For the millions of migrants who pass through Tijuana with the dreams of rising above their circumstances in hopes of a more promising life, it is my hope that in furthering the awareness of the personal realities of national policies there can be greater understanding and compassion for others within and beyond our self-imposed boundaries.
Add Your Comments
Support Independent Media
We are 100% volunteer and depend on your participation to sustain our efforts!