Desayuno at No Borders Camp

by panda
On Friday morning, November 9, border campers struggled to re-gain a connection between both sides of the camp. 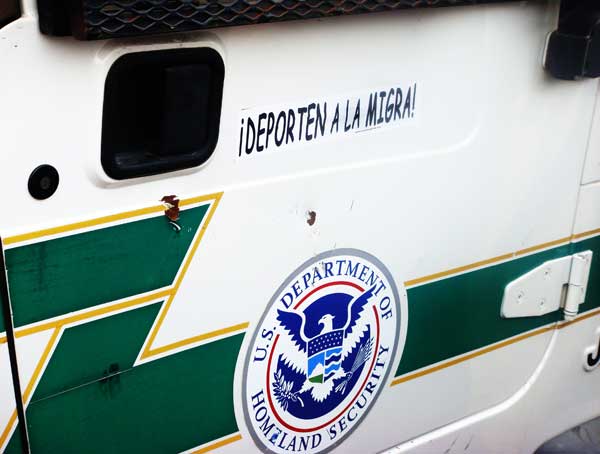 On Friday morning, November 9, border campers struggled to re-gain a connection between both sides of the camp. The area between the two sides of the camp was originally open for campers to interact with each other, but that space was lost on Thurdsday night, when, after a border patrol shift change the new agents on duty moved in and claimed the space. They parked a Department of Homeland Security Jeep there and maintained a presense of approximately 10 agents between the Calexico and Mexicali sides of camp.

Meals were prepared by Food Not Bombs often shared between both sides. When the migra moved in, they cut off breakfast for half the camp. But campers wanted to have breakfast together. Tables and food were brought to the line, but not let across.

The situation escalated when approximately 10 Border Patrol agents, dressed in full riot gear moved through the U.S. side of camp and established a presence on the other side of the wall, barring all access between the sides. The threatening display of force by the migra spurred a lock down by campers, and further border patrol were refused through.

Intense negotiations followed amongst cheers of, "We just want to eat breakfast!" Legal observers relayed messages between the campers and agents. Finally, the border patrol agreed to withdraw the Jeep between the two sides of the camp if protesters moved aside and agreed not to deface their vehicles anymore. They also agreed to withdraw the agents in riot gear after breakfast as long as things remained peaceful. Campers were finally able to pass plates of pancakes across the fence and eat together.
§DHS Parking at nbc
by panda 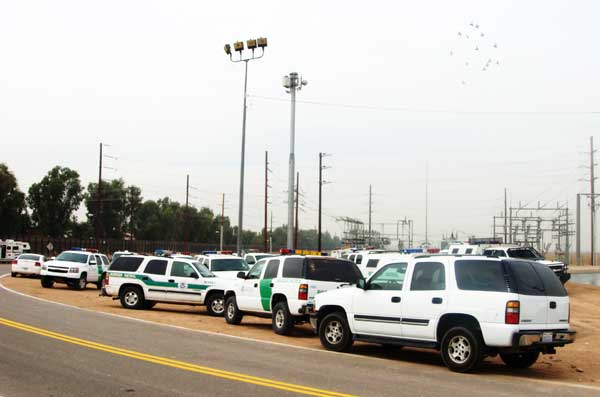 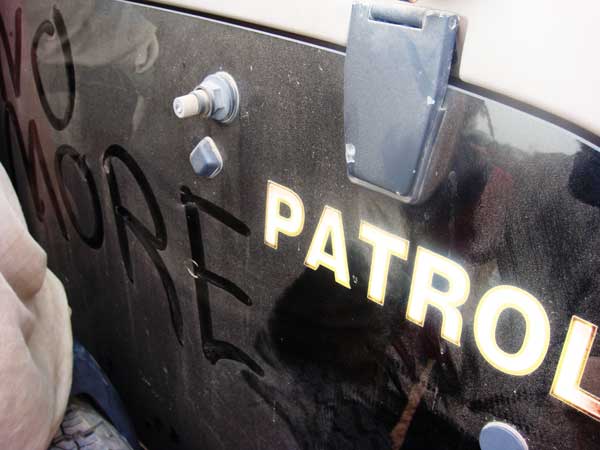 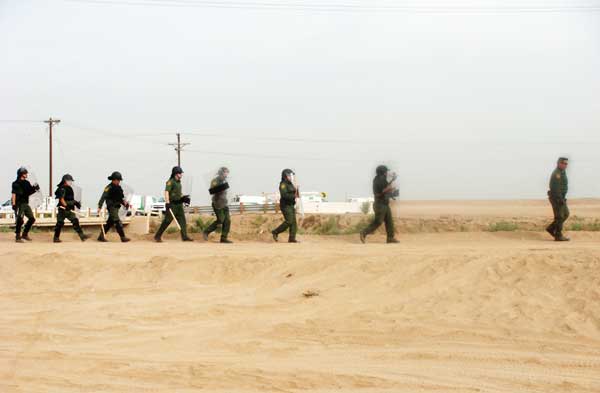 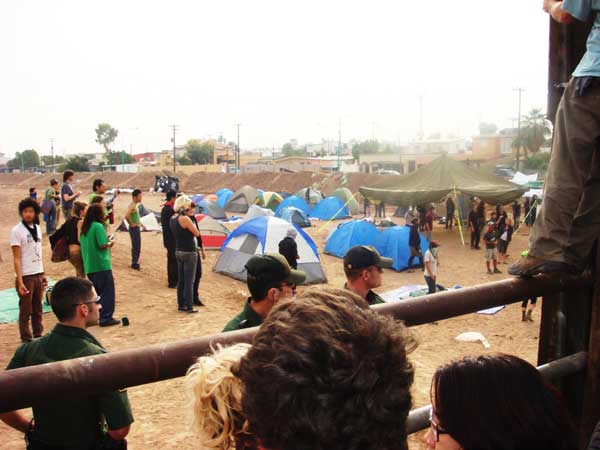 The Border Patrol agents in riot gear have just passed through and have established a line out of view from the U.S. side of the camp inside the Mexicali side. Notice everybody's heads are turned to look at them.
§Breakfast Table
by panda 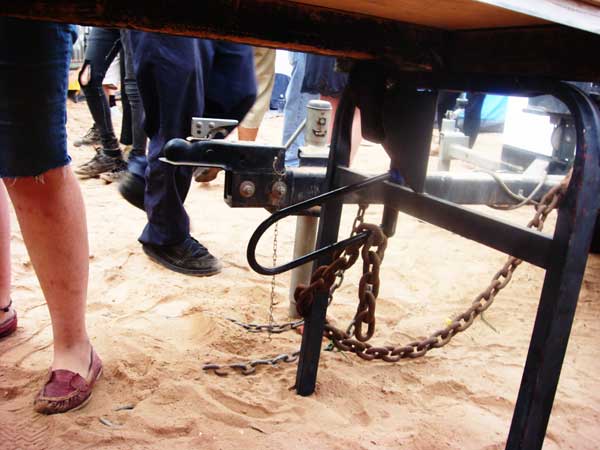 The breakfast table was U-locked to a DHS generator/flood light as to not be moved from the fence area.
§More Agents
by panda 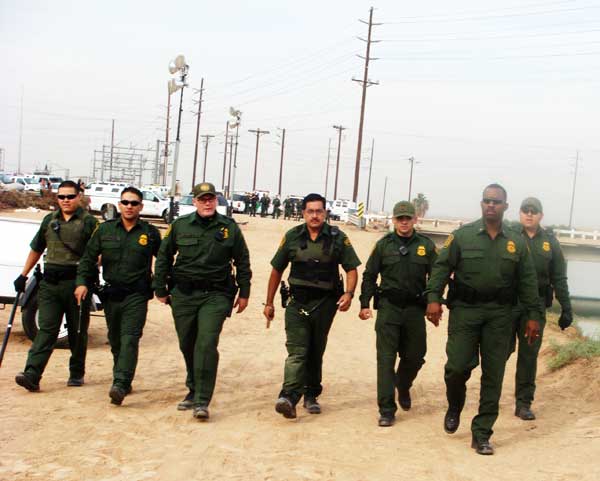 More agents come to the scene after the ones in riot gear cross the line.
§The Agents are Blocked
by panda 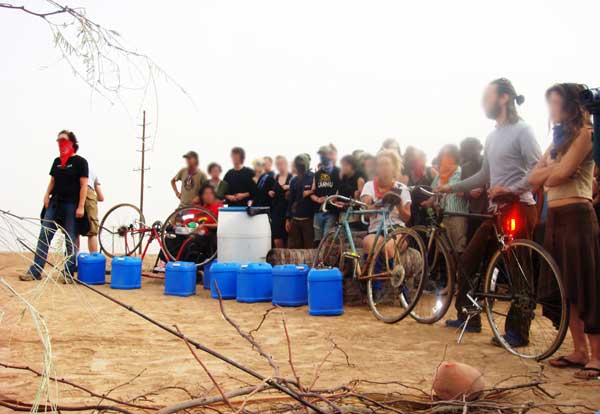 Campers block the agents from moving to the fence.
§Surveillance
by panda 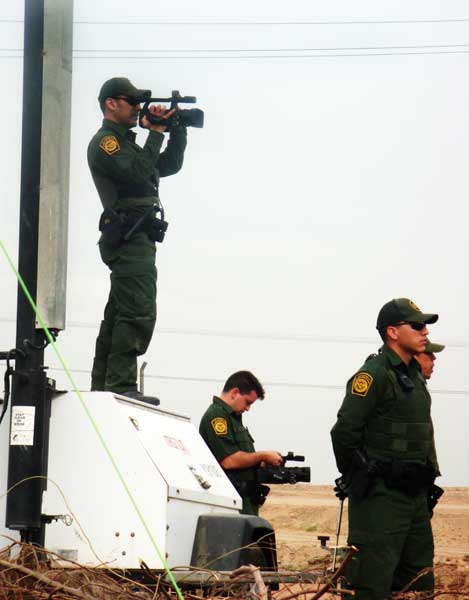 DHS surveillance during the scene.
§Tense Negotiations
by panda 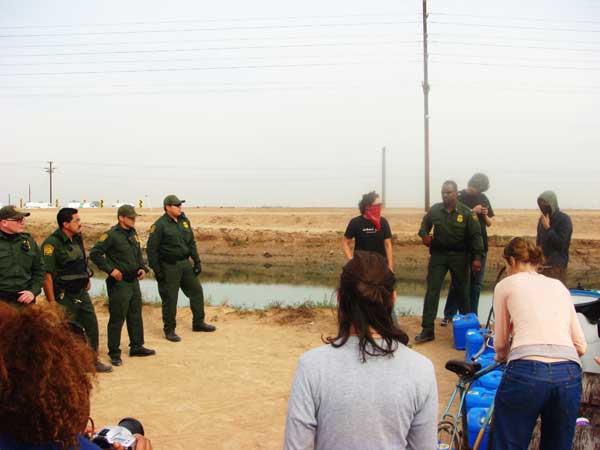 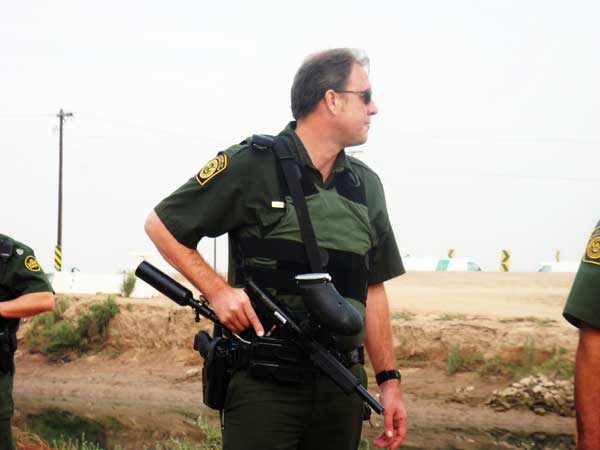 Pepper spray was a constant threat throughout duration of the camp. This gun shoots bullets of the chemical weapon. Agents were often seen with their finger on the trigger.
§Black Bandanas
by panda 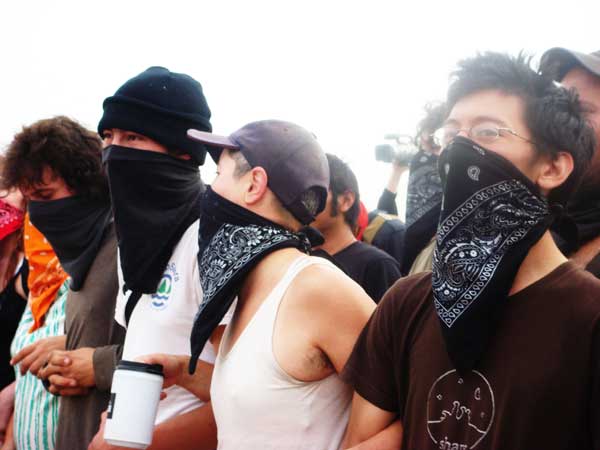 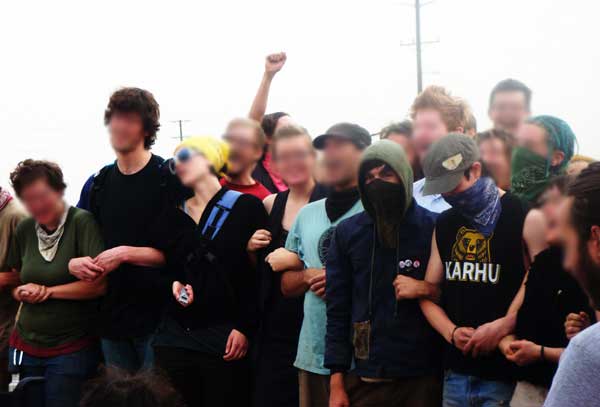 "We just want to eat breakfast!"
§View Points
by panda 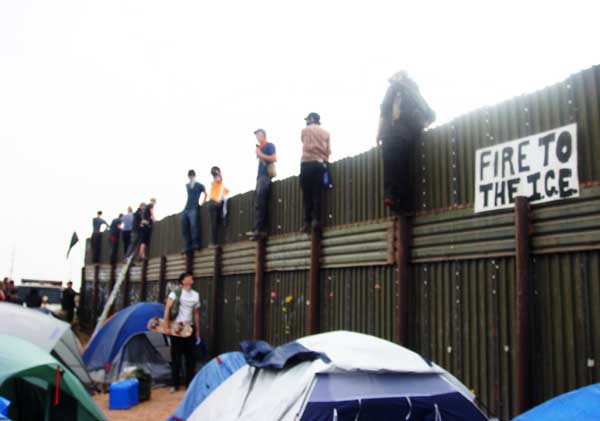 Keeping an eye on the scene from above.
§juntos
by panda 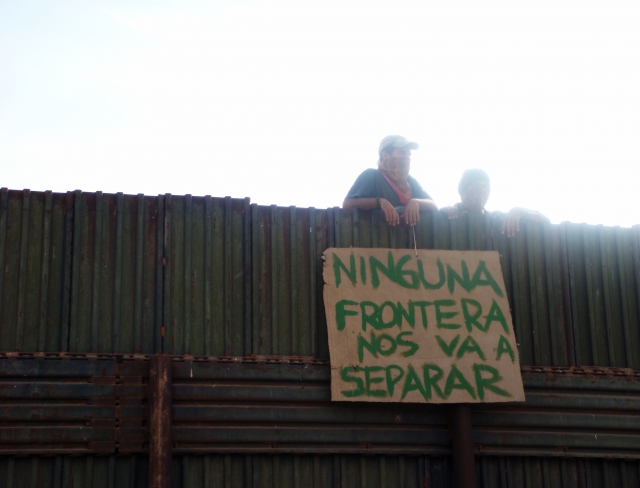 original image (3108x2372)
Add Your Comments
Comments (Hide Comments)
§video from the breakfast friday
by steev
video from that morning is here:
http://panleft.net/cms/node/213
END_OF_DOCUMENT_TOKEN_TO_BE_REPLACED
Add a Comment
Support Independent Media
We are 100% volunteer and depend on your participation to sustain our efforts!