Thursday Night, Nov 8, at the No Borders Camp

by p@nd@
Greetings from Calexico/Mexicali where the first No Borders Camp at the US-Mexico border is taking place. 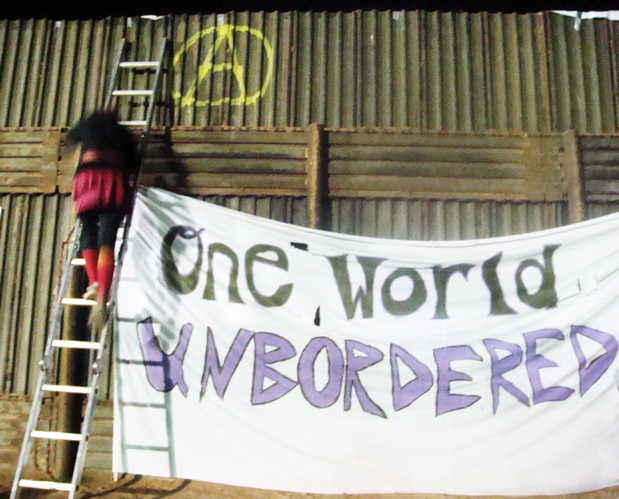 Greetings from Calexico/Mexicali where the first No Borders Camp at the US-Mexico border is taking place. There are groups of campers on each side of the border wall, some in Calexico and some in Mexicali. The Mexican camp is technically on United States soil but it is on the other side of the wall since the wall, built as a U.S. initiative, is actually inside the U.S. Even though the camp is near a break in the fence, people are not able to freely move back and forth between the two groups. For now, participants can move easily from the U.S. side to the Mexican side, but to return to the U.S., campers must travel three miles to the nearest official "Point of Entry" into the United States. Ideally, the two sides of the camp will be united.

The camp is sandwiched between the border wall and border patrol agents. Their vehicles, usually white and characterized by a large green stripe, line one side of the camp. They have set up floodlights to continually monitor the border area and the campers. Agents have mostly left the camp alone except for setting up roadblocks limiting access to the camp location. Upon our arrival this evening, we had to ask to be let through a blocked off road. After noting our license plate number and asking if they could search our trunk (we politely replied, "We'd rather not") we were let through.

As for camp activities, a rally at the largest immigrant detention center in the United States is planned for during the day on Friday, November 9, in El Centro, California, as well as workshops, spaces to create art and more community building to take place at the border. More activities are planned for Saturday. Check noborderscamp.org for more info.

These photos were taken from the Calexico side of the fence where a majority of the 150 or so campers have settled in. More arrivals are expected tomorrow. 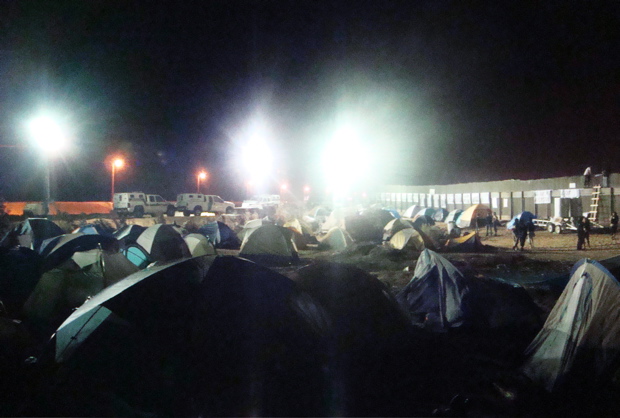 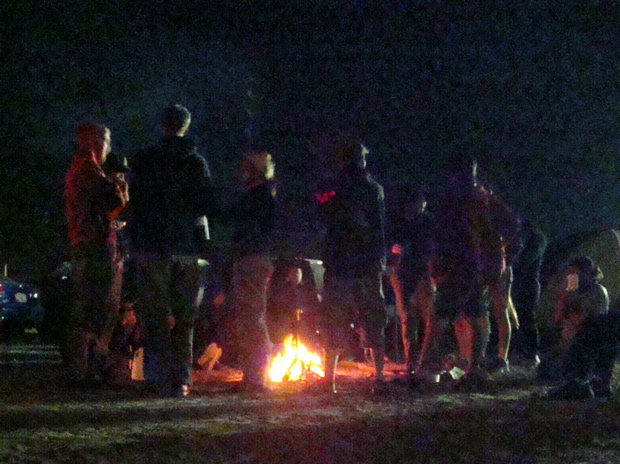 §Talking Over the Fence
by p@nd@ 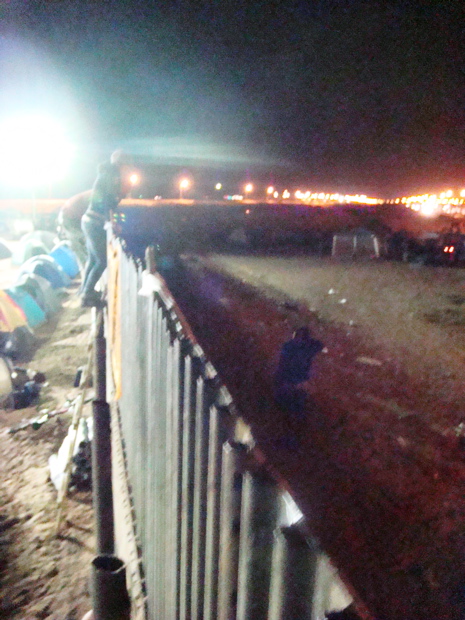 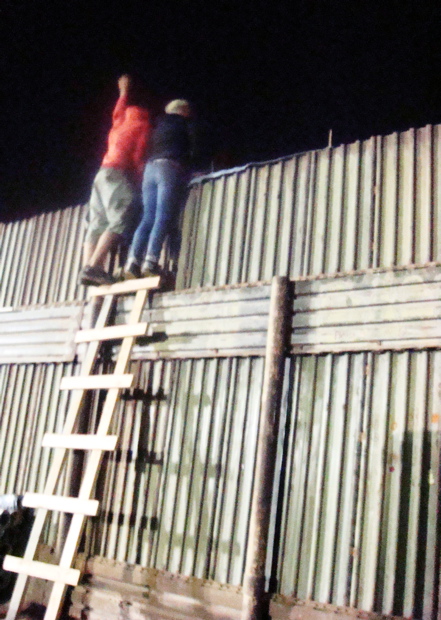 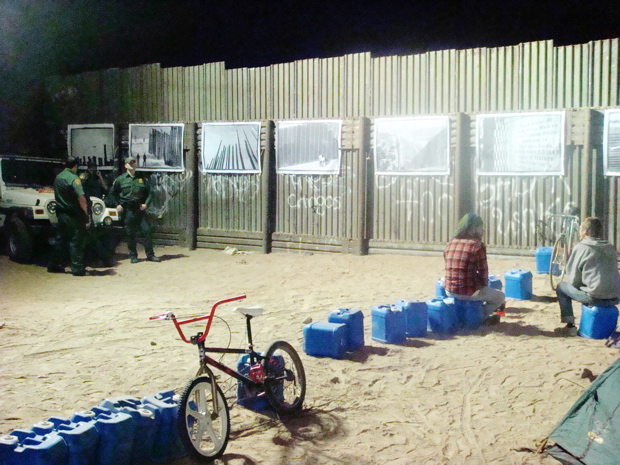 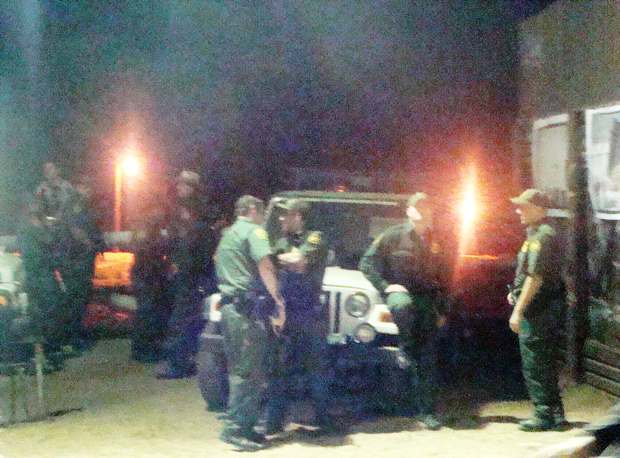 They're hanging out and eating pizza
Add Your Comments
Support Independent Media
We are 100% volunteer and depend on your participation to sustain our efforts!