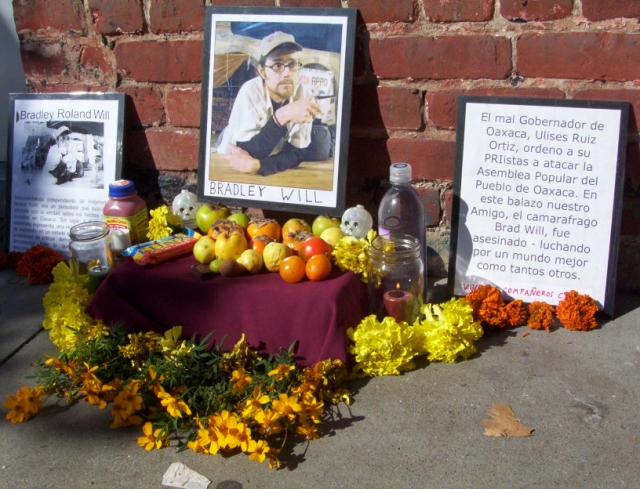 original image (816x624)
Alter for Brad Will, killed in Oaxaca, one year and six days ago in front of the Mexican Consulate.

November 2nd is Day of the Dead in Mexican traditional culture. Altars are built to remember, sustain and communicate with dead friends and family members. Last year there was a huge popular uprising in Oaxaca to protest the government and fight for a better world. People formed the (Popular Assembly of the People of Oaxaca (APPO) and the Commune of Oaxaca (after they drove out the police) and held it for four months. It was beaten down with around 30 protesters killed and many wounded and jailed. One year later the struggle goes on but in a less dramatic form. We wanted to do what we could to support it.

One of those killed was our friend, New York Indymedia videographer Brad Will. We remembered him and 25 others with our alters. First a small alter just for Brad was set up outside the Mexican Consulate at 1:00. The next alter was at 16th and Mission Bart Plaza, was much larger and was for all of the people killed in Oaxaca in the last two years as well as homeless SF deaths and a few family members. There were other alters and a program with different dances, peotry and speakers. We read Brad's last e-mail ( http://www.zmag.org/content/showarticle.cfm?ItemID=11293 ) where he wrote about a man named Alejando being killed, and we spoke about the situation in Oaxaca and injustice. At 7:00 there was a procession through the Mission that ended at Garfield Park. We set up our alter once more and showed videos from Oaxaca.

Last year on November 2, 2006 the Mexican Federal Police attacked the University in Oaxaca where the APPO organization ran the radio station and used it as an indispensible organizing tool. A major battle followed and after five hours the police retreated. Here are a few photos I took: http://www.indybay.org/newsitems/2006/11/06/18326998.php
Here is a video: http://www.youtube.com/watch?v=Jf6H_sxCx3k


More information about the whole struggle in Oaxaca can be found at:
http://www.narconews.com/
http://chiapas.indymedia.org/
http://www.indybay.org/globalization/
§
by tristan Saturday Nov 3rd, 2007 4:46 PM 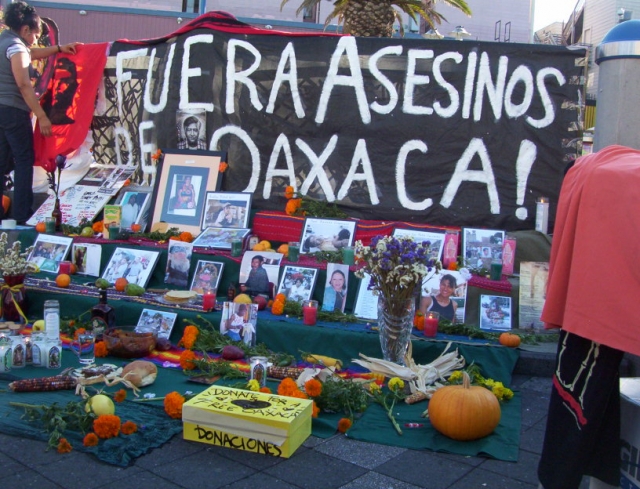 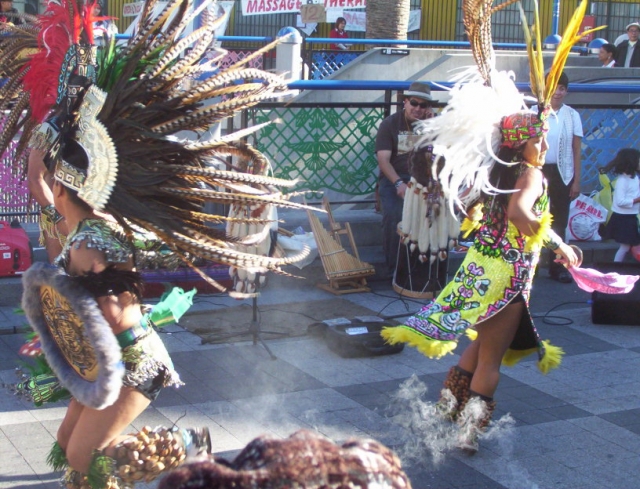 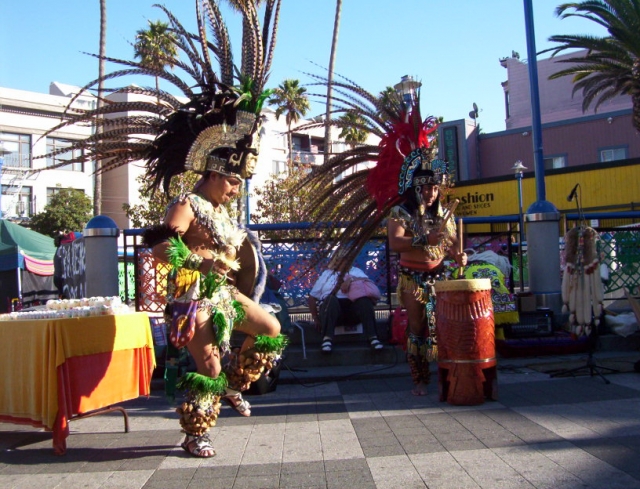 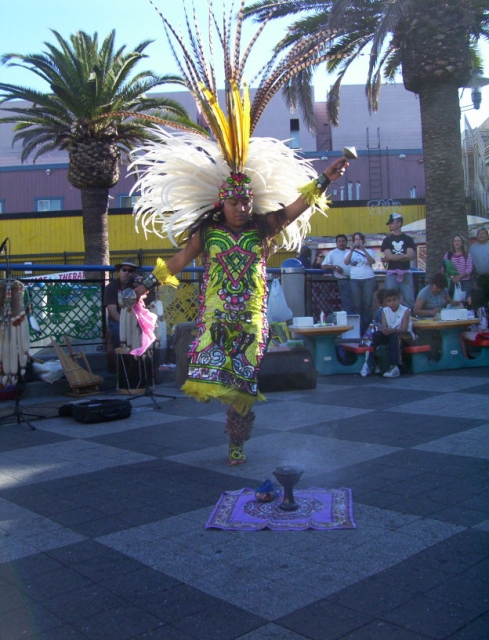 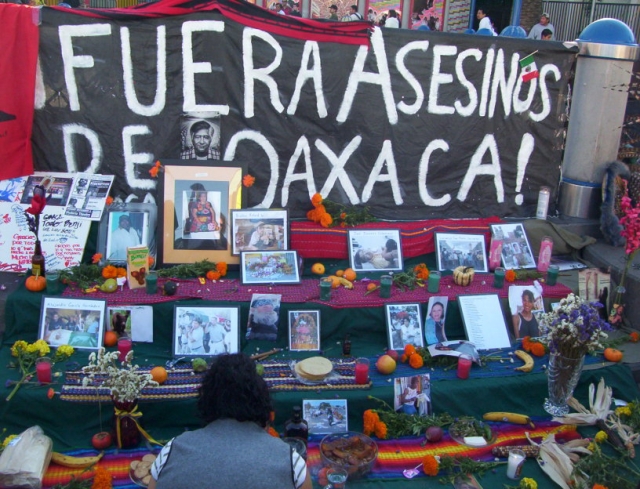 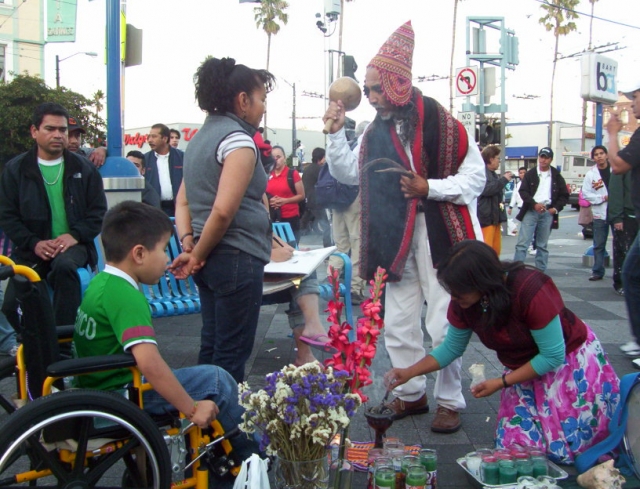 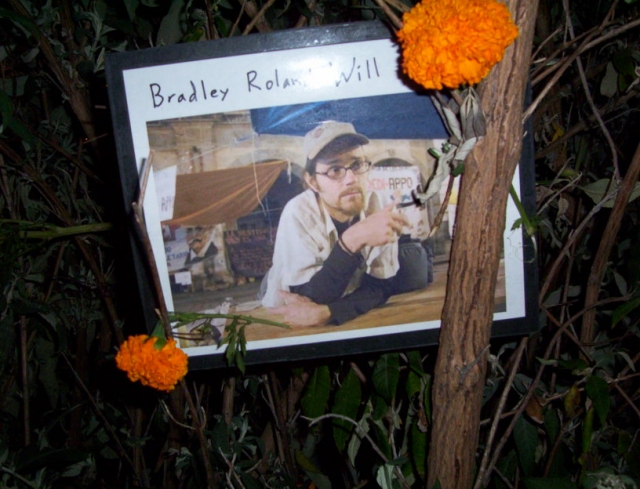 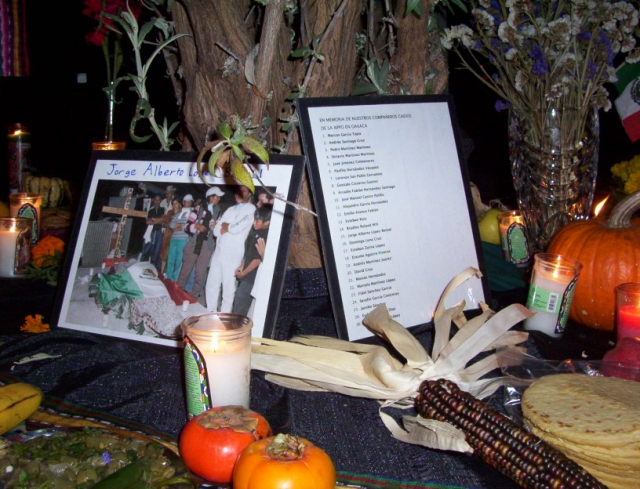 original image (816x624)
Close up of alter and photo showing Jorge Alberto Lopez Bernal. He was killed on October 28, 2006 when the Federal Police invaded and shot him with a teargas grenade. To the right is a list of 26 people killed in Oaxaca as part of the Teachers Strike/APPO.
§
by tristan Saturday Nov 3rd, 2007 4:46 PM 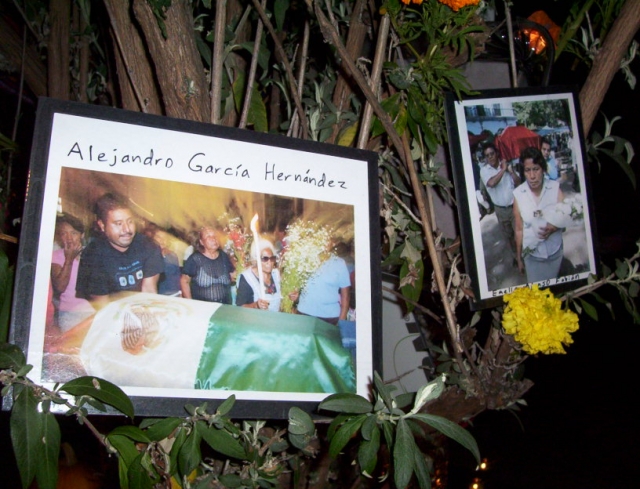 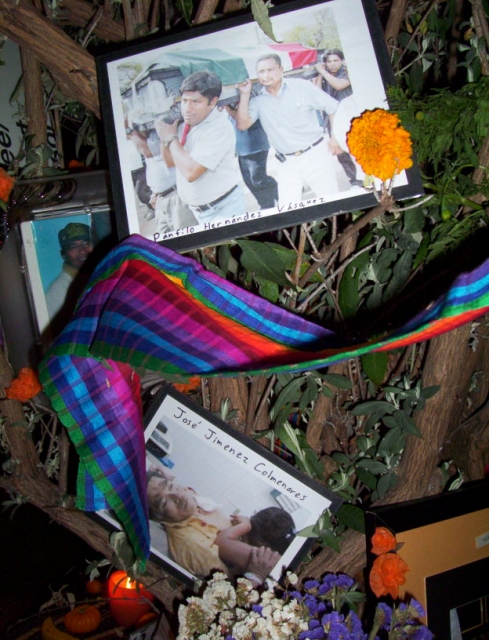 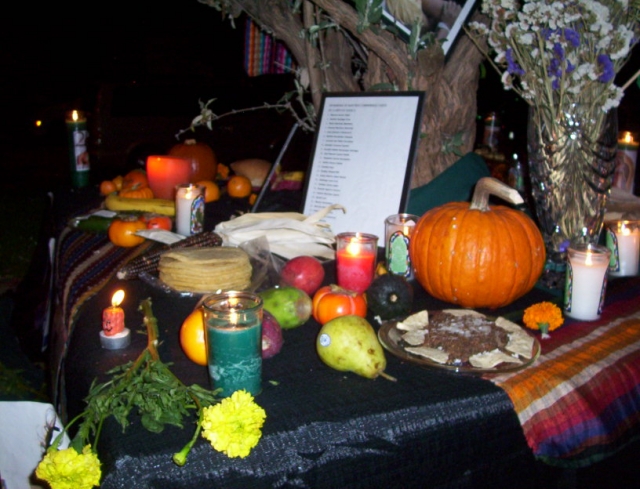 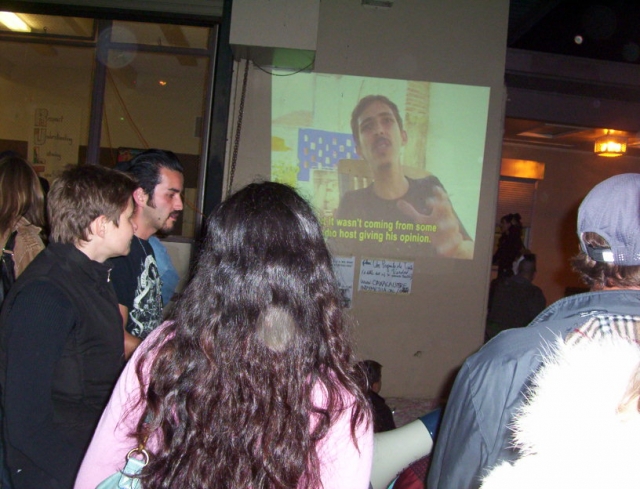 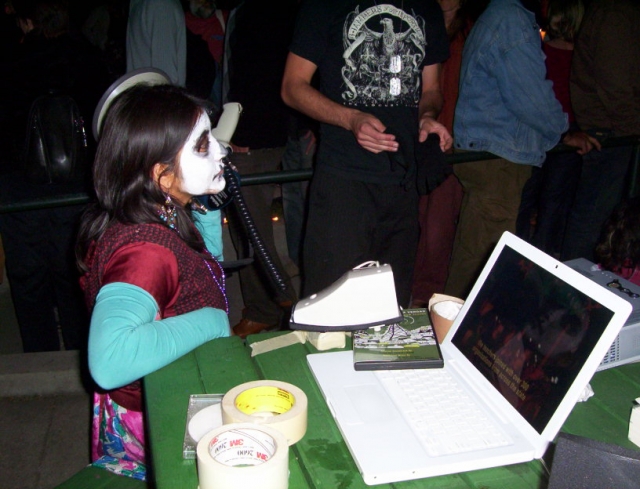 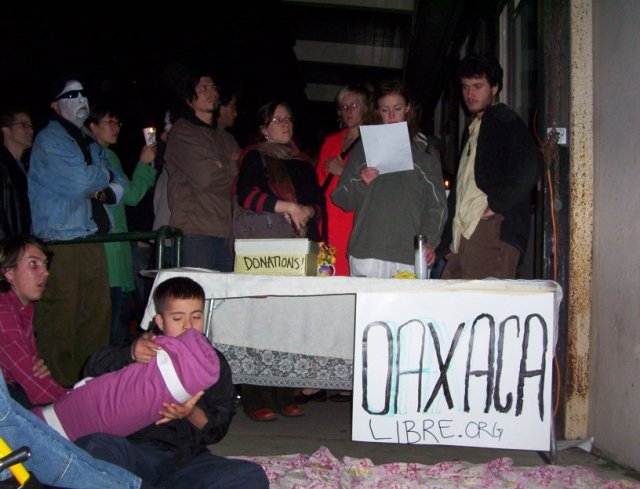 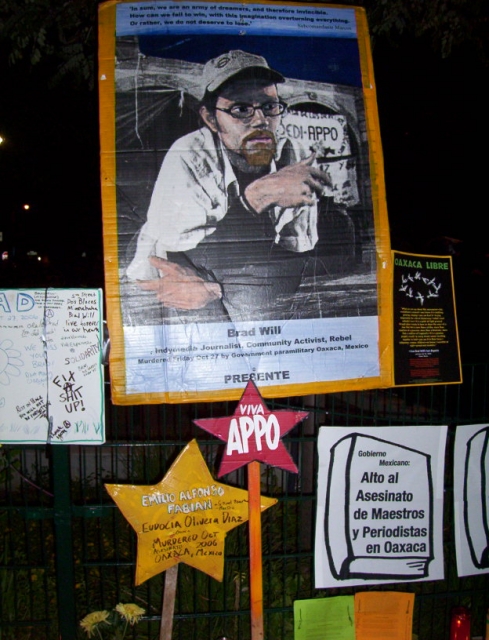 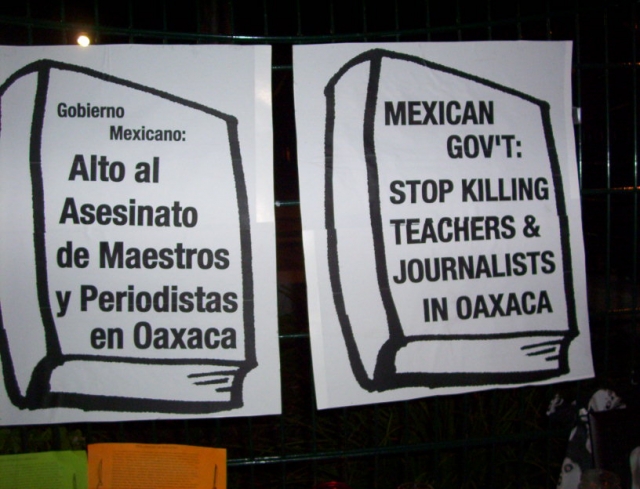 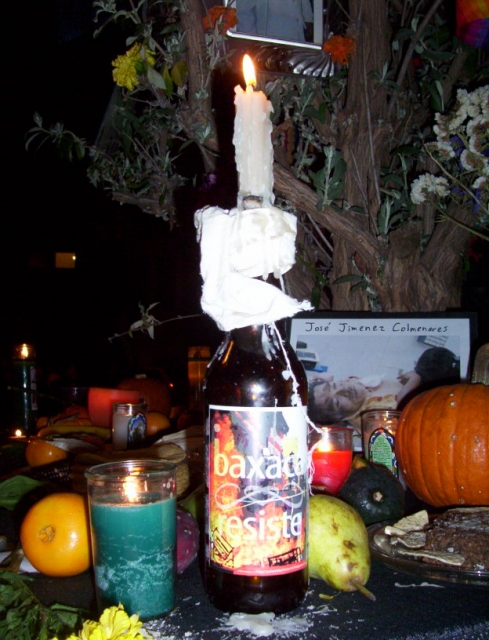 original image (624x816)
Oaxaca molotov/candle holder commemorates the determined resistance of the Oaxacan people one year ago.
Add Your Comments
LATEST COMMENTS ABOUT THIS ARTICLE
Listed below are the latest comments about this post.
These comments are submitted anonymously by website visitors.