Like a Grinch, City of Fresno Takes Homeless Peoples Property

by Mike Rhodes (MikeRhodes [at] Comcast.net)
While plans move forward to force homeless people into tool sheds in downtown Fresno, the city continues raiding encampments, taking homeless peoples property, and leaving them worse off than ever. 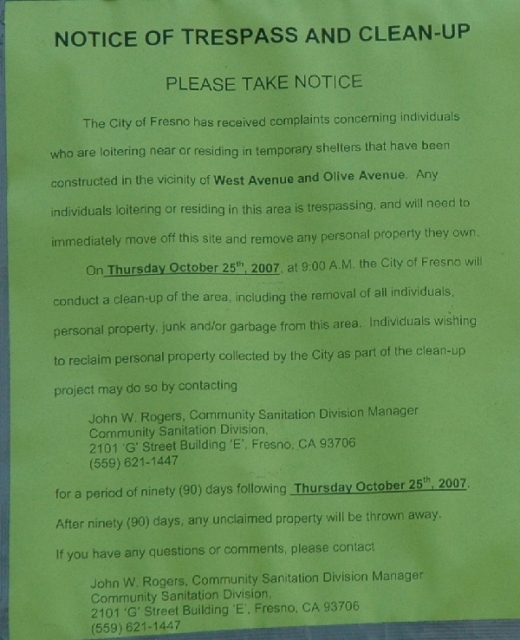 The City of Fresno Sanitation Department conducted a raid on West Avenue (just south of Olive) yesterday, clearing out a small homeless encampment that had started to re-establish itself. This is the same site, next to Roeding Park, the city cleared out earlier this year (see: http://www.indybay.org/newsitems/2007/04/05/18389735.php ).

Starla is one of the homeless people who lost property in the incident. She said that she tried to save some of her property by putting it over the fence into Roeding Park. Starla said City Sanitation followed her into the park and took the property she was trying to save. She asked them “why are you doing this?” Starla said she was told that they (City Sanitation) considered the property abandoned. Starla told me about a friend of hers who was not around yesterday morning. She said “Kevin lost everything.” Starla said that her street brother “was away getting a truck when they came.” When she told City Sanitation that her brother was getting a truck so they could move their property, she was told “that is not good enough.”

Starla’s claim that the City of Fresno Sanitation Department was behind the incident was confirmed by notices left behind (see photo above) and by other homeless people I talked to. JD moved his belongings next to a wall, at a nearby hotel. A photo of JD’s place is below. JD said he was there when City Sanitation came and that they took everything he was unable to carry away. JD said “the city came and took all of our shit. . . food and everything.” Two other homeless men told me essentially the same story - that City Sanitation showed up Thursday morning and took everything the residents of the homeless encampment were not able to carry away. 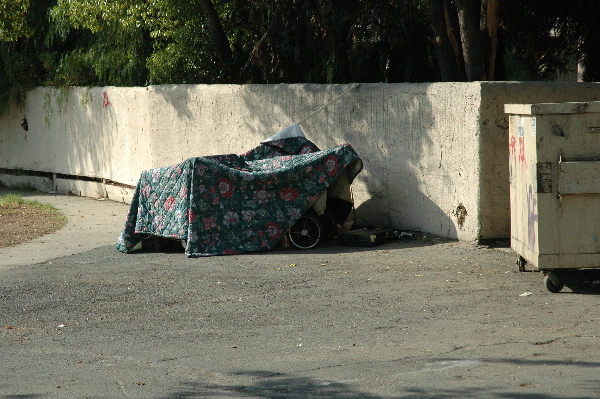 JD does not expect to live here for long. He told me that he thought the police would come and tell him to move. The problem is - there is nowhere to move to. In a city with over 8,000 homeless people, there is no place where homeless people can safely camp.
END_OF_DOCUMENT_TOKEN_TO_BE_REPLACED
§New Campsite
by Mike Rhodes 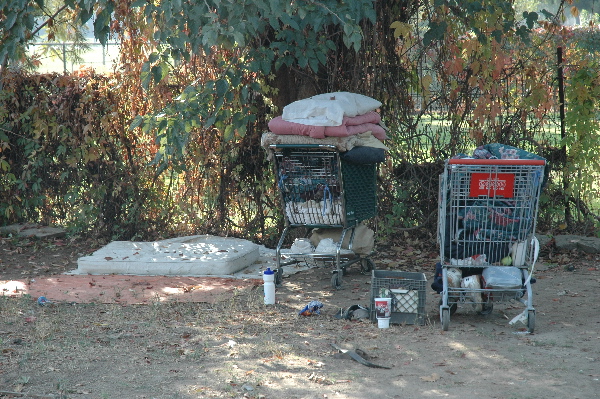 This is where some of the homeless people have moved to, following yesterday’s raid of a homeless encampment on West and Olive
END_OF_DOCUMENT_TOKEN_TO_BE_REPLACED
Add Your Comments
Support Independent Media
We are 100% volunteer and depend on your participation to sustain our efforts!