by Takver - Sydney Indymedia
Fifty Australian marine scientists have issued a consensus statement warning of the impact of climate change on coral reefs and calling for immediate and substantive reduction targets in human produced greenhouse emissions. The unprecedented call for action is the outcome of a National Forum on Coral Reef Futures, held at the Australian Academy of Science, in Canberra. The scientists have already warned that ocean acidification due to increased atmospheric CO2 is accelerating. 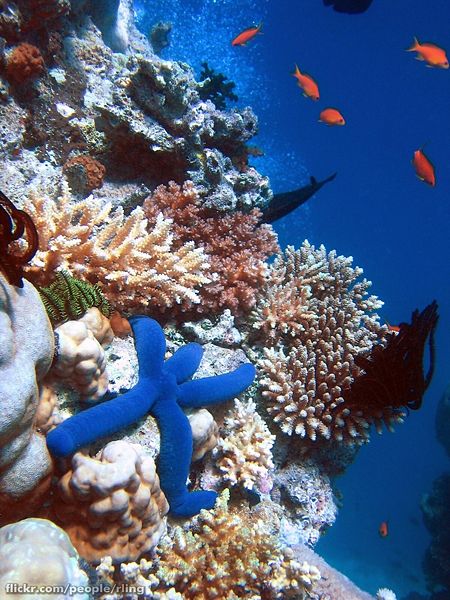 “Reefs cannot be climate-proofed except via reduced emissions of greenhouse gasses. Without targeted reductions, the ongoing damage to coral reefs from global warming will accelerate and soon be irreversible,” says Ove Hoegh-Guldberg, a Professor at the University of Queensland and Deputy Director of the ARC Centre.

“Climate change is not some potential future threat – it has already caused enormous damage to people’s livelihoods that will increase in coming years,” according to Professor Malcolm McCulloch, a coral reef geologist at the Australian National University and also a Deputy Director of the ARC Centre. “The oceans are already becoming more and more acidic due to increased atmospheric CO2”

“When corals die from pollution, disease or climate change, it affects all the other species on reefs that depend on corals. Without corals, the habitat is destroyed. Many reef fisheries are collapsing because of coral bleaching,” says Dr Morgan Pratchett, an Australian Research Fellow at James Cook University.

“Overfishing is another serious issue for reefs that must be addressed” says Dr Sean Connolly, a Professorial Fellow in the Centre. “Reef sharks are being decimated while we speak. No-one knows the long-term effects of removing these important top predators – yet more than 90% of them are gone already.”

“Being a coral reef scientist these days can be depressing. So many reefs around the world have collapsed before our eyes in the past few years,” says Professor Terry Hughes, Director of the ARC’s Centre of Excellence for Coral Reef Studies. “But we’ve got to get past the gloom-and-doom, and use the best science to find practical ways to protect reefs from global warming.”

Two of the scientists, Hughes and Hoegh-Guldberg, were contributing authors to the International Panel on Climate Change (IPCC), which shared the latest Nobel Prize with Al Gore.

Over 50 scientists of the ARC Centre of Excellence for Coral Reef Studies today declared the following statements unanimously:

* We call on all societies and governments to immediately and substantially reduce greenhouse gas emissions. Without targeted reductions, the ongoing damage to coral reefs from global warming will soon be irreversible.

* Ocean acidification due to increased atmospheric CO2 is accelerating, and will detrimentally effect the growth and skeletal strength of calcifying species, such as corals. Reducing CO2 emissions is the only way to prevent further damage to coral reefs. Loss of coral also impacts on many other species and reduces reef fisheries.

* Coral reefs are economically, socially and culturally important, and therefore need to be sustained. For example, the Great Barrier Reef contributes $6.9 billion annually to the Australian economy - $6 billion from the tourism industry, $544 million from recreational activity and $251 million from commercial fishing. This economic activity generates more than 65 000 jobs.

* Climate change, overfishing and pollution continue to cause massive and accelerating declines in abundance of coral reef species and global changes in reef ecosystems. Even remote and well-managed reefs are under threat from climate change.

* Coral bleaching has greatly increased in frequency and magnitude over the past 30 years due to global warming. For coral reefs, climate change is not some potential future threat – it has already caused enormous damage that will increase in coming years. Bleaching due to climate change has already caused widespread damage to the Great Barrier Reef in 1998 and 2002.

* The world has a narrow window of opportunity to save coral reefs from the destruction of extreme climate change. Substantial global reductions of greenhouse gasses must be initiated immediately, not in 10, 20 or 50 years.

* No-fishing reserves (green zones) are an important management tool for preserving targeted stocks of coral reefs, and the ecological functions they provide. To be effective, 25-35% of marine habitats should be no-take (no fishing) for long-term protection. In Australia, many coral reefs have yet to achieve this level of protection (especially in the Northern Territory, Western Australia, south-east Queensland, and the Coral Sea).

* Coral reef megafauna (e.g. dugongs, turtles and sharks) continue to decline rapidly, and are ecologically extinct on most of the world’s reefs. In Australia, current management practices are failing to maintain populations of megafauna, which are already severely depleted. Commercial harvesting and marketing of these species should be banned to allow the recovery of depleted stocks.

* Local action can help to re-build the resilience of reefs, and promote their recovery. It is critically important to prevent the replacement of corals by algal blooms, by reducing runoff from land and by protecting stocks of herbivorous fishes. However, reefs cannot be “climate-proofed” except via reduced emissions of greenhouse gasses.