by ~Bradley (bradley [at] riseup.net)
On September 23rd, the Santa Cruz Trash Orchestra led a noisy parade to the San Francisco Mime Troupe performance of Making a Killing, Building a New Iraq. In the style of a cacerolazo, parade-goers beat on makeshift drums and tambourines while marching as a metallic cacophony from Laurel Street up Pacific Avenue and across the river to San Lorenzo Park. The parade lacked a clear message and was appreciated by many people walking and photographing on Pacific Avenue. A focus of the Trash Orchestra parade was to attract people the SFMT's performance, while other folks joined the parade to outreach about Sleep Crimes in Santa Cruz. 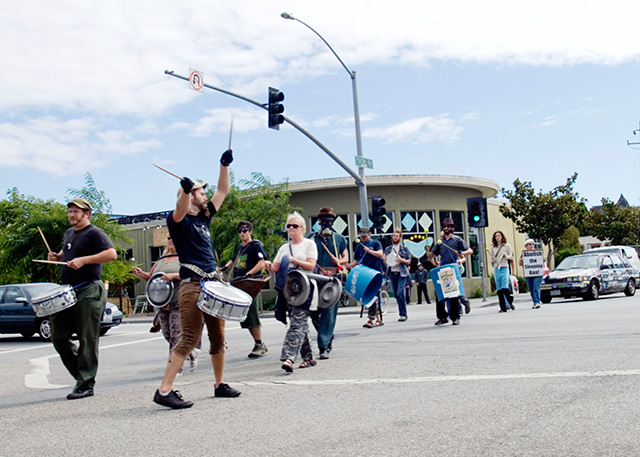 For a review of the San Francisco Mime Troupe's Making a Killing, Building a New Iraq and a look at how questionable government contracting reaches all the way from Afghanistan to Santa Cruz, in the form of city contractor Camp Dresser Mckee, read: 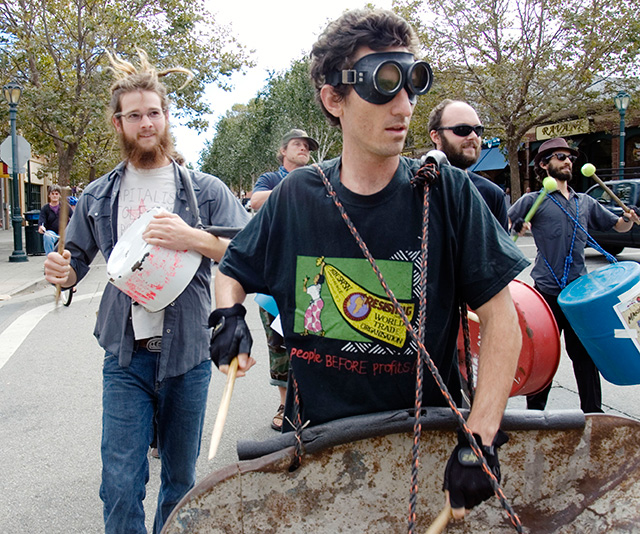 §Shake a Leg
by ~Bradley 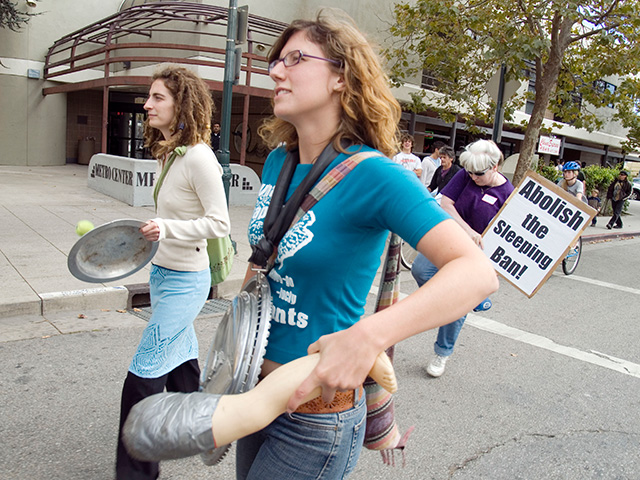 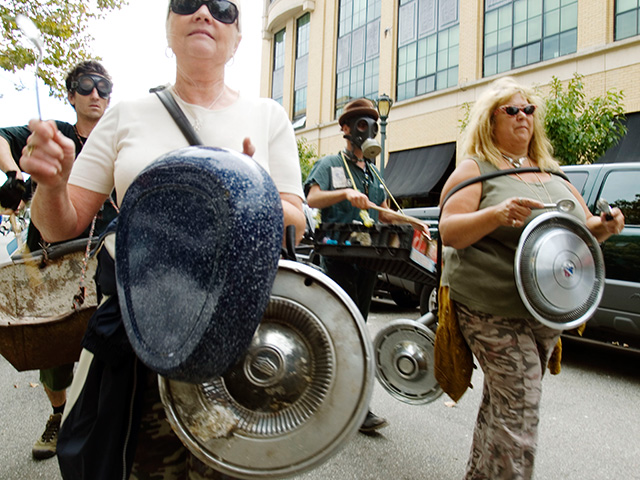 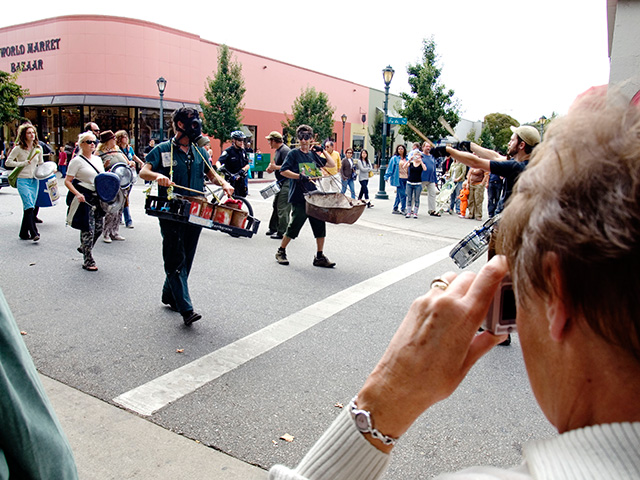 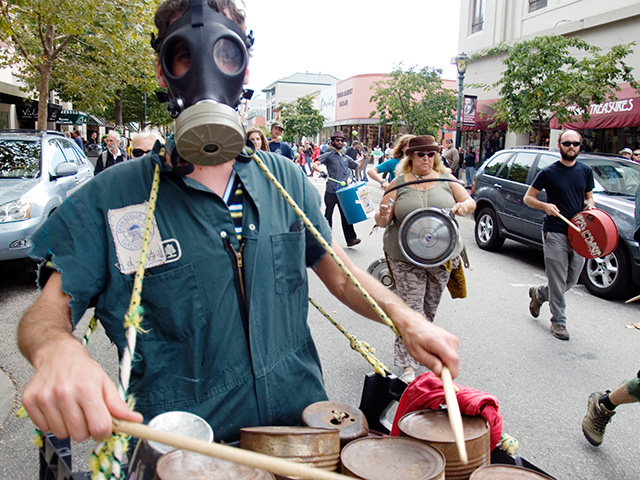 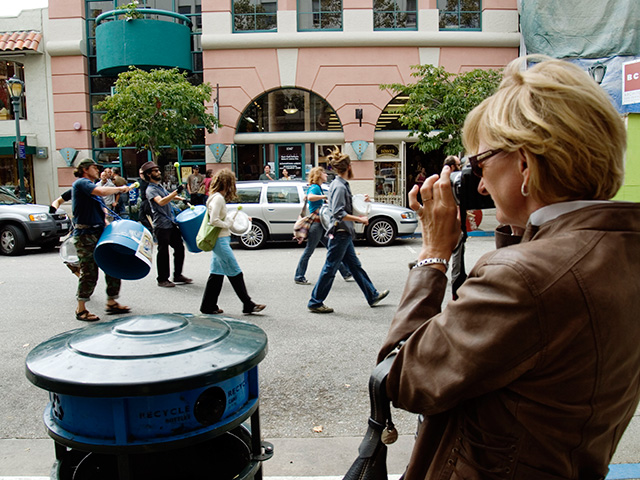 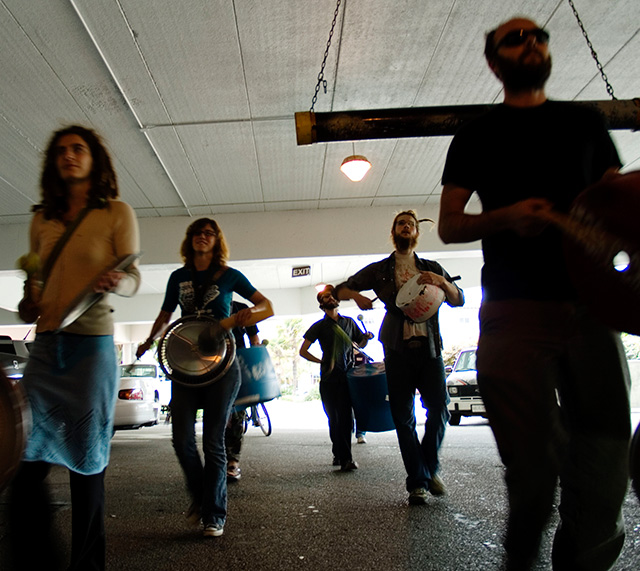 §A Killing
by ~Bradley 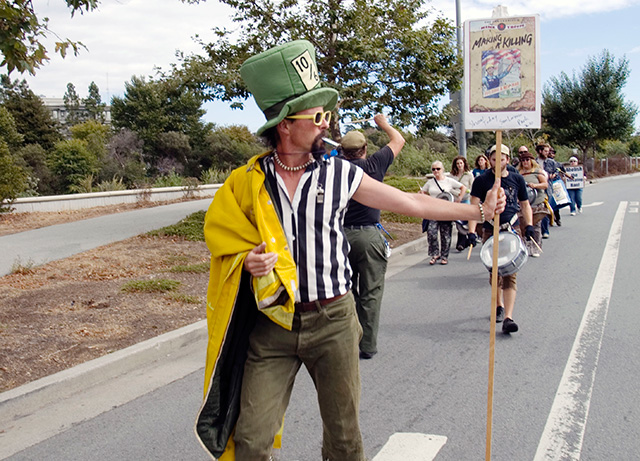 §Trash on Water
by ~Bradley 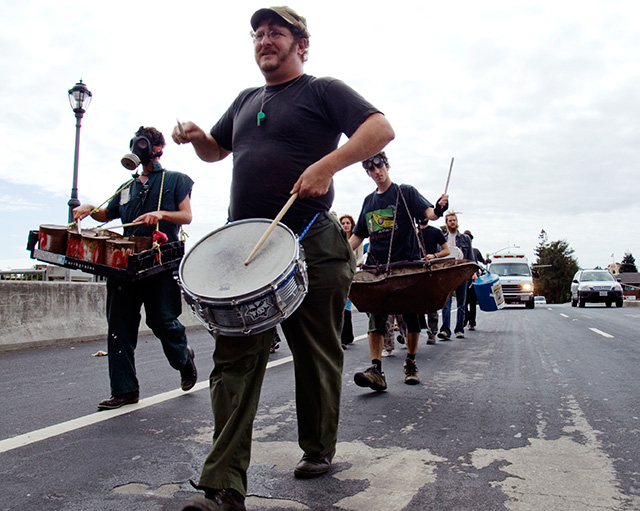 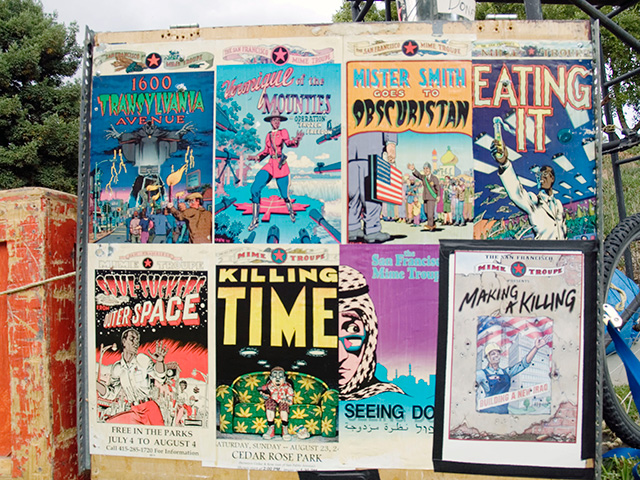 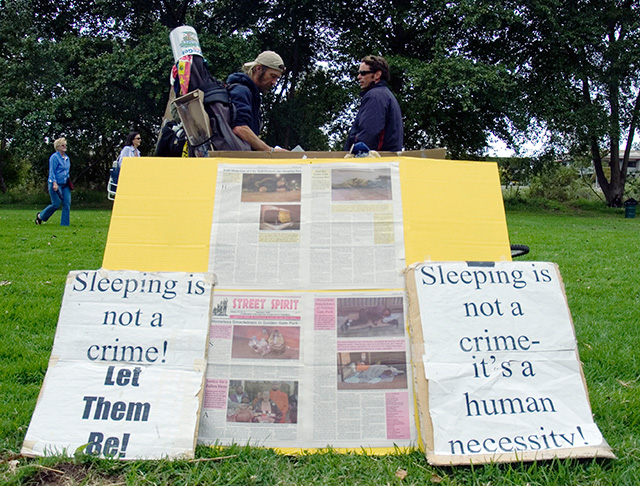 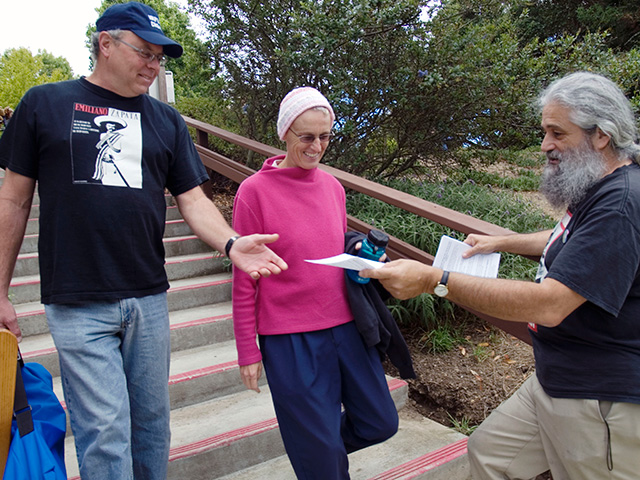 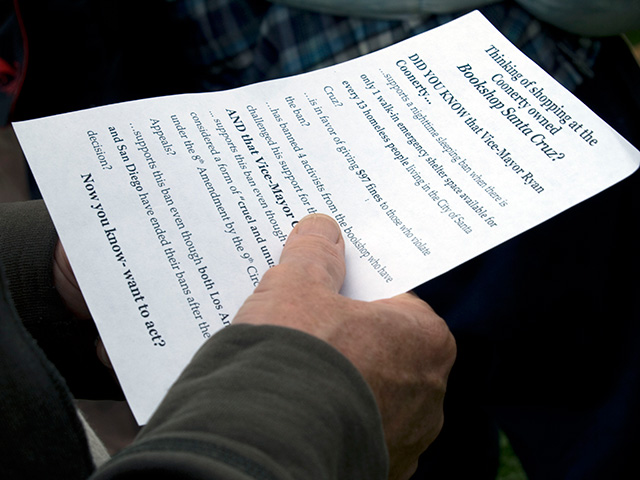 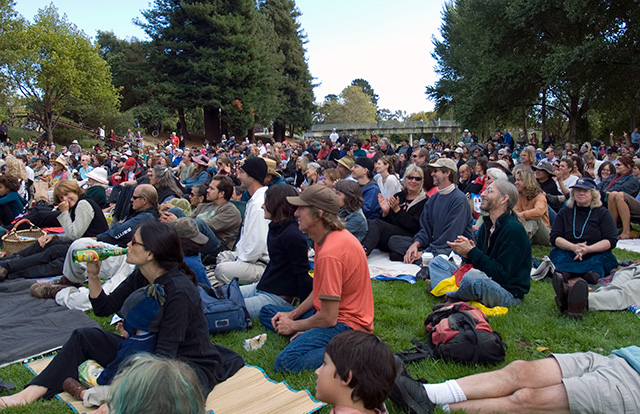 §Translator and Photographer
by ~Bradley 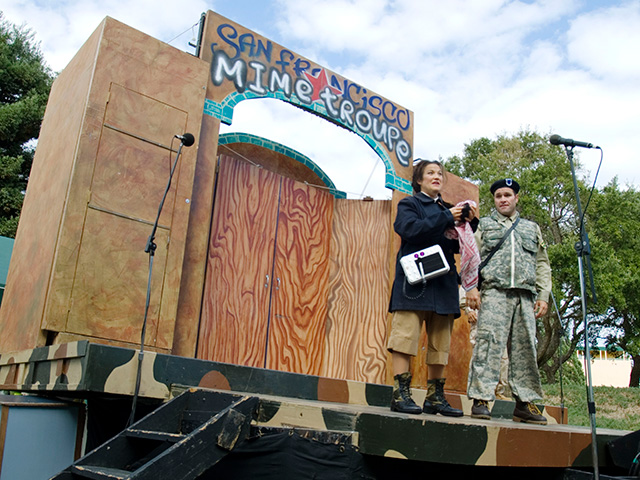 Upcoming Trash Orchestra performances, rants, photos, etc.
Add a Comment
Support Independent Media
We are 100% volunteer and depend on your participation to sustain our efforts!