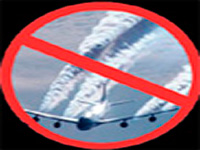 HOPE Chairman Terrence Zito asked, "How can there be an emergency if the moth is widespread, yet in a lifetime it flies no father from its birthplace than you can throw a rock, admittedly is not spreading; has been here for years, maybe decades, yet just like in Hawaii has done no serious damage since it arrived more than 100 years ago?"

HOPE trustee Vienna Merritt-Moore added, "HOPE believes it is highly relevant that CDFA or USDA have never conducted a successful eradication program using pheromones, nor have they tested the aerial pesticides for harm to biota."

CDFA doubled the size of the area to be sprayed from 33.4 to 60 square miles after they did their so-called environmental analysis and after they got the Sanctuary and US Fish and Wildlife to sign off on it. Worse, their description of what they planned to do was so vague as to be meaningless.

UC Davis insect scientists say the LBA Moth has been here for "a very long time prior" to finding it this year. HOPE believes the moth has been here years, perhaps decades just as it has lived in Hawaii for 100 years and yet is not considered as "significant pest" by Hawaii's Agriculture Dept.

No Damage from Moth

There is no documented damage from LBAM in California. Zero. Even though millions of dollars in crops have been sold from the areas for which it is now found and for which it should have caused harm.

CDFA knew and ignored that the pesticide could be deadly to aquatic invertebrates (e.g. abalone, crabs, and krill) in tiny amounts; in parts per billion. The problem is the agency reversed their responsibility and put it on the public. They put the burden on us to sue them to stop them from spraying us with unsafe, untested, and unwanted chemicals.

"We're not the ones who should have to test chemicals for safety federal law makes the agencies who use them responsible for that. Yet the chemicals have not been tested for harm to humans, to wildlife, nor has its efficacy on LBA moths been tested." said Zito

HOPE Executive Director David Dilworth pointed out "Forcing any species into extinction quickly with a tiny amount of a chemical makes it inherently a highly powerful chemical. That powerful biological impact of extinguishing a species, is precisely and only what the LBA moth chemical pheromone Checkmate is intended, designed and applied to do."

Dilworth added, "Birth control drugs are not obviously or immediately toxic to those who take them, but they are deadlier than toxic to future generations. Imagine for a moment that your whole town is given birth control drugs in the drinking water. Suddenly your whole town sterile, so that no one can have any children. No one is killed outright, most symptoms are mild, but it exterminates your species locally. ­That's what Checkmate does. It kills future generations."

He added "Because there is no such thing as a chemical that only affects a single species ("species specific chemical"), to claim that such a powerful chemical could have no serious impacts on any another species is scientifically insupportable. It is logically absurd."

Zito said "CDFA's John Conned spreads fear by wildly claiming the LBA moth would cause major damage to our native Monterey pine forest and redwoods. Yet the LBA Moth has been in New Zealand for more than 100 years and is not a major pest to that county's largest export, the hundreds of thousands of acres of Monterey pine tree farms there."

1. Instead of Spraying people in cities with "Slightly Toxic" chemicals, the state can hang Sticky Pheromone "Johnson traps" as they do in other areas.

Most LBA moths never fly more than 2- to 30 yards (meters) from where they are born making it easy and safer to put sticky traps (or blacklight traps) around the few sites the moths are found.

2. Male Moths can be irradiated to make them sterile, then released - just like they do for the Medfly.

For more references, daily updates or to read the full lawsuit please visit ­

http://www.1hope.org/chkmate.htm
Add Your Comments
LATEST COMMENTS ABOUT THIS ARTICLE
Listed below are the latest comments about this post.
These comments are submitted anonymously by website visitors.