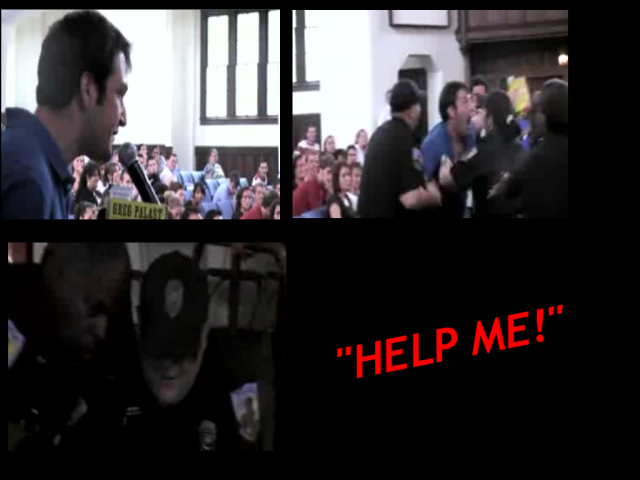 Andrew Meyer asked the 2004 Democratic presidential candidate (and probable winner) Kerry his thoughts about Greg Palast's book Armed Madhouse, and asked Kerry about his membership in the secret Yale society known as Skull and Bones.

While Kerry tried to answer Meyer's questions, police surrounded the non-resisting student, tackled him, and shocked him with an electronic stun gun or taser.

Numerous films are surfacing on the internet which show the crowd mostly sitting mutely. A few filmed the events, and a few shouted "police brutality."

The police said that he was being arrested for trying to "incite a riot."

The student spent the night in custody, and now Kerry is saying that he regrets the incident happened.