Add an Event
Newswire
Calendar
Features
Home
Donate
From the Open-Publishing Calendar
From the Open-Publishing Newswire
Indybay Feature
Publish to Newswire
Add an Event
Related Categories: International | Arts + Action | Global Justice & Anti-Capitalism
Australia: Comedians make a joke of APEC security
by Vera via Takver - Sydney Indymedia
Friday Sep 7th, 2007 1:29 AM
It took just a few minutes for a satirical skit by comedians to pierce the $250 million Asia Pacific Economic Co-operation meeting security coccoon in Sydney on Thursday. With three black cars, a couple of motorbikes and men in black running alongside, the motorcade breezed through two police security checkpoints arriving outside the Intercontinental Hotel where US President George Bush is staying. 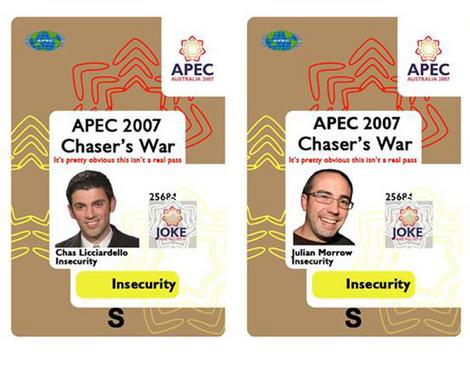 The security faux pas was only detected when the motorcade turned around and an Osama Bin Laden look-a-like figure climbed out of the limousine, drawing immediate police attention. Eleven people - the comedians and their support crew - were frisked, arrested, detained and charged.

Senior police were not amused at the prank. The comedians, from 'The Chaser's War on Everything' broadcast on Australian Broadcasting Corporation television - never envisaged they would succeed in reaching Bush's hotel in their wildest dreams. Security stickers on their cars and their personal security IDs were all fake and were clearly identified as hoax IDs with the words "Chaser's War", "Joke", and "Insecurity", and "It's pretty obvious this isn't a real pass" clearly visible on them.

The pranksters, including Chas Licciardello and the show's executive producer Julian Morrow, were detained arrested and charged and held for a few hours, then released on bail in the early evening, despite police powers under the The APEC Meeting (Police Powers) Act 2007 to deny bail to anyone arrested during the APEC meeting. One commentator has suggested the granting of bail may have been politically motivated as many young activists may have savoured the opportunity of being arrested and spending time in detention with their comedian heros.

The pranksters had chosen the Canadian flag to fly on their vehicles - for no other reason except something not to obtrusive or excessive (The USA has a 20 car cavalcade).

Police Commissioner Andrew Scipione said "I'm angry, I'm very angry that this stunt happened, it was a very dangerous stunt. The reality is ... (they) put security services in a position where they might have had to take an action no-one would want. We have snipers deployed around the city. They weren't there for show, they mean business, that's what they were there for." it was reported in the Daily Telegraph.

On the steps of the Surry Hills Police Centre yesterday afternoon Chaser star Craig Reucassel told radio reporters "I HAVE no comment, other than to say they were the least talented members of the team, and the show will go on."

A Readers poll in the Sydney Morning Herald rated the Chaser APEC stunt with 87% finding it funny and 13% finding it not funny with 26,573 votes at 1.31pm Friday (AEST). Many Sydney siders have been grossly inconvenienced by the excessive security arrangements at APEC and are not amused with the Prime Minister or the meeting.

The prank has highlighted the high farce of spending $250 million on security for APEC while inconveniencing the people of Sydney, while decisions on broadening the neoliberal agenda occur. Some people have wondered why the meeting was not held in Canberra, Australia's purpose built Federal political capital, or even in the tropical paradise high security locations of the Island state of Nauru, or the newly built high security facility on Christmas Island which will be used to house asylum seekers seeking refugee status in Australia.

The Chaser team had no intention of entering the APEC restricted zone.

Prior to being detained the Chaser team had no knowledge that they had entered a restricted zone.

The motorcade proceeded down Macquarie St with the permission of Police.

When the Chaser reached the perimeter of what they thought was the APEC restricted zone, they voluntarily turned around.

The Police only detained the Chaser motorcade when it was turning around and after Chas Licciardello emerged from a car dressed as Osama Bin Laden.

The members of the Chaser team were wearing the mock ‘insecurity passes’, which expressly stated that it was a joke. 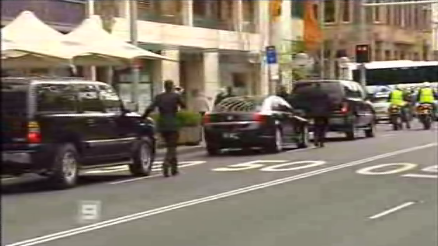 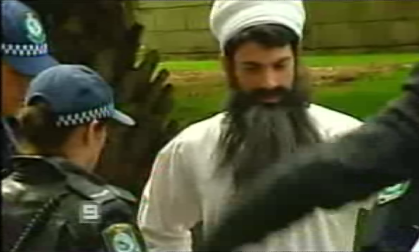 http://sydney.indymedia.org.au
Add Your Comments
Support Independent Media
We are 100% volunteer and depend on your participation to sustain our efforts!