Add an Event
Newswire
Calendar
Features
Home
Donate
From the Open-Publishing Calendar
From the Open-Publishing Newswire
Indybay Feature
Publish to Newswire
Add an Event
Related Categories: East Bay | Health, Housing & Public Services
Memorials for Elena Castaneda, Killed on San Pablo in West Oakland 8/9/07
by dave id
Friday Aug 10th, 2007 12:51 AM
Memorials were set up for cyclist Elena Castaneda, who was run over by a dump truck at the intersection of West, Isabella, and San Pablo on the morning of August 9th, 2007. 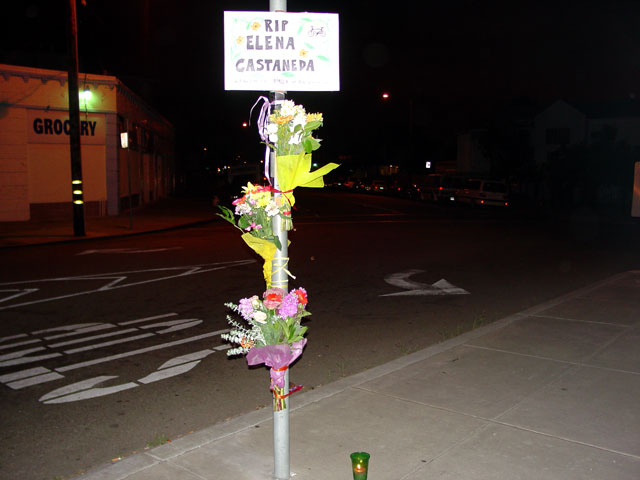 After speaking with several people present who actually witnessed the accident, it became apparent that the intersection has long been a problem and many predicted it was only a matter of time before someone was killed there. Elena Castaneda was recognized by locals and known to pass up and down San Pablo every day on her bike.
http://www.indybay.org/newsitems/2007/08/1...
§Card
by dave id Friday Aug 10th, 2007 12:51 AM 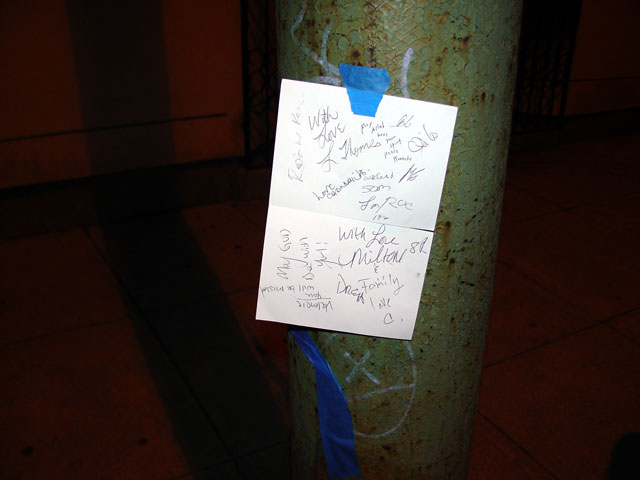 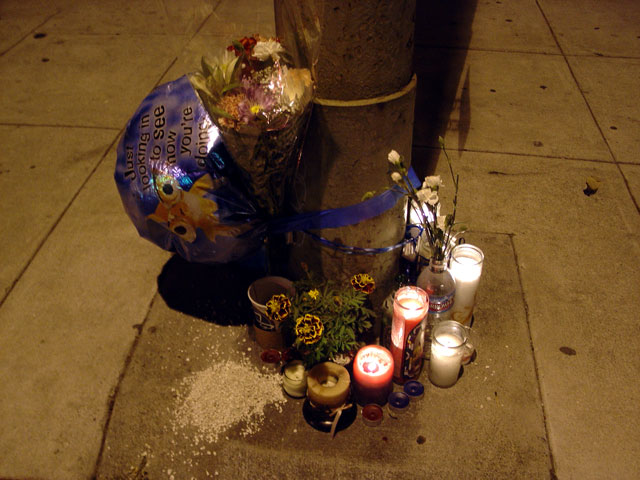 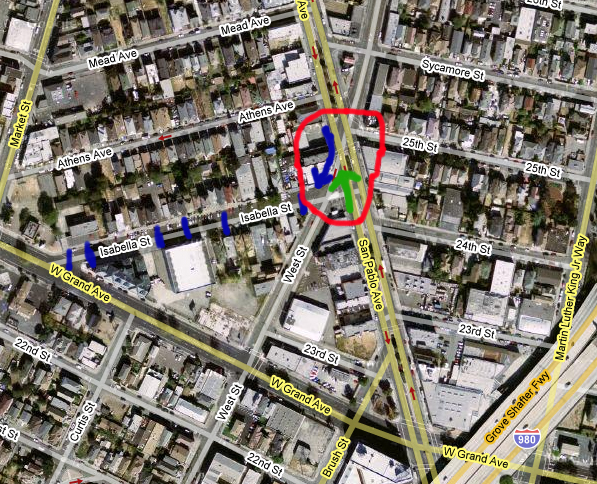 According to police reports, the truck was traveling with the blue arrow and Elena the green. This contradicts eyewitness reports of Elena Castaneda heading southbound in the crosswalk and the fact that normally she would have been heading southbound from her home in Berkeley to her job in Oakland. Regardless, cars wrecklessly zip around the blind corner from San Pablo southbound to West Street all day every day. West Street is taken as a shortcut to avoid the stoplight at San Pablo and West Grand and to avoid the speedbumps on Isabella. Locals reported that they have complained to neighborhood groups and police for years about the dangers of this intersection and the likelihood that someone would get seriously hurt some day. After years of car accidents at this complicated 6-way intersection, today Elena Castaneda was struck by a truck and killed.

R.I.P.
http://www.indybay.org/newsitems/2007/08/0...
Add Your Comments
LATEST COMMENTS ABOUT THIS ARTICLE
Listed below are the latest comments about this post.
These comments are submitted anonymously by website visitors.