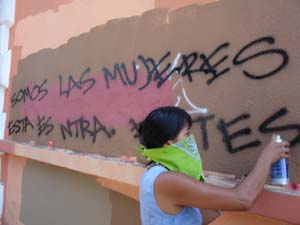 Today, August 1rst, 2007, thousands of women marched in Oaxaca City, Oaxaca, Mexico, on the one year anniversary of the historic takeover of the Oaxacan television station, Canal 9, by APPO (Popular Assembly of the Peoples of Oaxaca). The spontaneous television occupation last year sparked a series of radio station takeovers in which the Oaxacan movement essencially seized and utilized the majority of mainstream media outlets in the capital.
The march today comes at a time in which the movement’s few remaining media outlets after the late October invasion of the Preventive Federal Police are under grave threat. Radio Planton, the movement’s largest radio run by the Section 22 teachers union and other movement participants, has regular signal interruptions believed to be caused by the state government. Oaxaca Libre, an independent media website, is regularly sabotaged.

But the march today focused more on the participation of women in the Oaxacan popular movement to oust governor Ulises Ruiz and impose a popular form of governing.
The women have played a combative role in the movement and COMO, the Oaxacan Womens Coordinator, has been able to consistenly mobilize thousands of women throughout the conflict. The large movement of Oaxacan women within the Oaxacan social struggle has sparked a new wave of feminism in Mexico, in which more and more women are identifying themselves and their roles within greater anti-capitalist and anti-neoliberal movements.

The march was lively, with a brass band, a huge puppet, and most women used spoons and pots to as noise makers while they chanted. 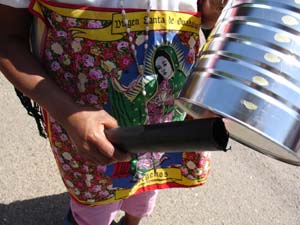 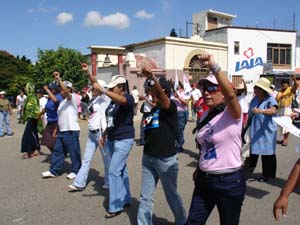 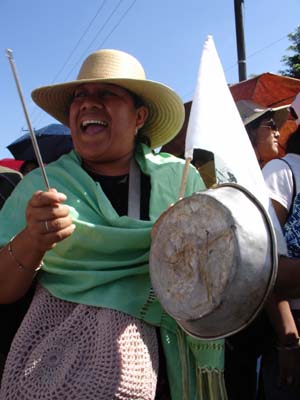 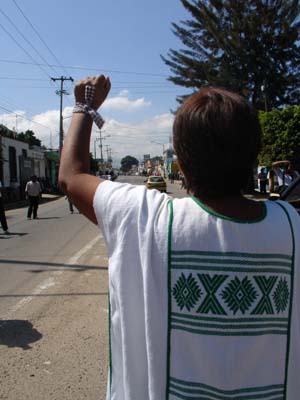 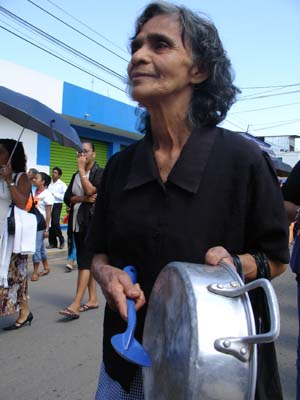