by Sara Olson (posted by Mike Rhodes) (AllianceEditor [at] Comcast.net)
This is a book review by Sara Olson of Ruth Wilson Gilmore's book - Golden Gulag; Prisons, Surplus, Crisis and Opposition in Globalizing California 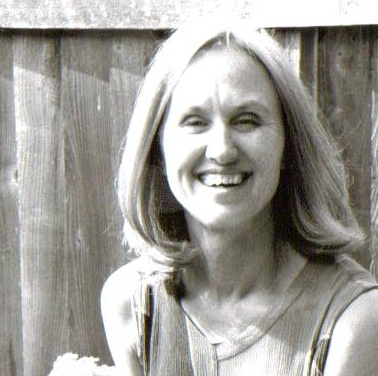 California embraces the nickname, the Golden State. It is the home of much natural beauty within bent rectangular borders; northern rugged to southern smooth seashores, magnificent mountains to sere stretches of greedily overdeveloped desert lands. Its state flower is the orange golden poppy. Its state power is exemplified by its golden gulag.

California's prison industry is well hidden from the ordinary citizen. It is detectable not so much by sight and sound because the massive system of prisons, several the size of large towns, are nestled in its mountains, tucked far off in the deserts, well away from the roads behind and among the almond groves of its Great Central Valley where no one not looking for it will ever see it. The best indication of its existence lies in the observant taxpayer's scan of the state's annual budget. Billions have been dumped into it for years, a great deal in guards' salaries, much into its death-dealing medical services now in federal receivership. If one wonders how the state's education system was sacrificed to the harshest, cruelest, least-humane system of human-devised social control, an explanation can be found in Ruth Wilson Gilmore's Golden Gulag: Prisons, Surplus, Crisis and Opposition in Globalizing California . Gilmore exposes the hows and whys of a journey from a system of genuine rehabilitative programs in the late 1940's through 1970 to what author Mike Davis describes in his blurb on the cover of her book as, "the political economy of superincarceration and the slave plantations that California calls prisons."

Gilmore, an Associate Professor of Geography and the Chair of American Studies and Ethnicity at the University of Southern California, tells us right off the bat that the crime rate in California peaked in 1980, declining thereafter "unevenly but decisively." The state "prisoner population grew nearly 500 percent between 1982 and 2000." Although California ranks "fifth-or sixth-largest among the world's economies," relative poverty compares with that of the country's poorest states such as Mississippi, Louisiana or West Virginia. The "state's poverty rate rose in the national rankings, from thirtieth in 1980 to fourteenth in 2001."

She lays out the history of California's political economy so that we understand the role that government and private capital, particularly in the form of Department of Defense billions bequeathed by the Military Industrial Complex to the growth of the financial and social operations, played in the growth of the prison industry. She reveals how crucial waging constant war, in one form or another, has undergirded the entire U. S. economy as well as California's. "The 'creative destruction' of World War II boosted California and national economies out of depression." A form of what she terms "military Keynesianism," social and economic guarantees by the military industry in aerospace, consumer products, educational infrastructure to produce a "new and specialized labor force," private research universities and so forth made California a beacon of promise for people of all classes who came from all over the country, a "welfare-warfare" paradise.

In the late sixties, profits began to decline in annual increase nationally and locally. Economic belt-tightening, resulting from changes in the world economy, hit the entire country and impacted greatly on U.S. workers' material safe haven, especially in the fiscal and bargaining guarantees enjoyed by union workers. Thus began the slow dismantling of citizen welfare programs. That left the poor completely vulnerable to increasing cuts in all forms of spending that protected their personal lives and communities from the state's predatory law enforcement apparatus. Corporate welfare continued to grow but not vice versa.

Jobs disappeared. Poverty increased. Crime rose. Prison populations went up to 24,700 in 1974 from 16,500 in 1967 but fell to 19,600 in 1977. Prisoners sued to "remedy constitutional wrongs." Courts ruled in their favor to relieve overcrowding and to increase potential for rehabilitation and release.

The legislature reacted with the passage of the 1977 Uniform Determinate Sentencing Act (USDA) which stated, "The purpose of imprisonment for crime is punishment." The key issue was length of sentence which, besides eventual prisoner population growth by leaps and bounds, became a legislative crusade.

The year 1982 was the seminal year in modern corrections in California when it began its transition to an industry for human incapacitation. The CDC began to plan new facilities and the voters approved construction bonds to build them. Gilmore tells the story of (Republican) Governor George Deukmejian's tenure of prison expansion. Under his aegis, government solved the problems of devising laws to cage more and more people and methods by which to finance cage-building. The "law'n'order" craze gripped politicians in the 1980's and passed, like a virus, through succeeding generations and enthralls them until this day.

Tales of prison-sitings are illuminating, especially in light of how it became clear that the addition of a prison to a community, particularly rural communities, did not enhance jobs creation or increase local revenues. In fact, the prisoners shipped into rural-sited prisons, like Corcoran in the southern San Joaquin Valley, often mirrored the population that resided in those communities. The only residents who made out like bandits in these prison-siting deals were landowners, corporate farmers, who had taken land out of production due to reasons such as drought, floods or market fluctuations. It's also a tale of citizen resistance to prisons. Corcoran's conversion to a prison town illustrates similar transformations in other rural areas throughout the 1980's and 1990's.

Gilmore takes us through the evolution of the legal maneuverings to increase sentences such as the 1988 Step Act (Street Terrorism Enforcement and Prevention), an anti-gang mechanism that added sentence enhancements via almost no evidence. The national War on Drugs sucked in tens of thousands and, alone, has been the main element supporting California's growing prison population figures. The state's notorious Three Strikes Act of 1994 produced statistics that exemplifies the targets of superincarceration. Gilmore says that the purpose of Three Strikes was to imprison violent criminals but that crime and violence became synonymous " . . . in the period March 1994-January 1996, 15 percent of controlling offenses were violent crime, 31 percent were drug offences and 41 percent were crimes against property. Third-strike prisoners were 43 percent Black, 32.4 percent Latino, and 24.6 percent Anglo."
These figures reveal the communities who've suffered most by California's move to mass imprisonment whereby the state became the leader in a nationwide mania to lock up the poor and people of color. Gilmore introduces the reader to real cities whose lives have been irrevocably altered by legislative/legal/carceral predation.

Golden Gulag is the result of academic research as well as real world experience. To some extent, it reads like a Phd thesis. Because it is chock-full of facts, statistics and analysis, it requires concerted attention. As a resource book, it is invaluable. It includes extensive chapter notes and an expansive bibliography.

At the end, Gilmore offers ten theses to the effect change through movement--and community-building. She offers suggestions to help recognize and confront the twentieth century practices of dehumanization which led to mass incarceration and world-wide genocide. Change must be political, economic, spiritual and, most importantly, collective.